Martian Meteorite Will Be Sent Back To The Red Planet

NASA is planning to send a Martian meteorite found on Earth back to the Red Planet during the Mars 2020 mission.

Astronauts on the International Space Station are scheduled to conduct a spacewalk Friday morning.

Remembering The Seven Challenger Crew Members On The Anniversary

Seven crew members perished when the Challenger mission exploded less than two minutes after it launched 32 years ago.

NASA is scheduled to launch the GOLD instrument to examine the ionosphere part of the Earth's atmosphere, watch the launch here.

The lessons Challenger crew member Christa McAuliffe planned to bring to space will finally make it there this year.

Many moons and planets in our solar system have ice, some of it water ice, on them.

Brown Dwarfs In The Orion Nebula Have Atmospheres With Water

NASA found a bunch of brown dwarfs in the Orion nebula with water in their atmospheres.

See The Orion Nebula Up Close And In 3D

A new 3-dimensional visualization from researchers at NASA shows the Orion nebular up close.

Anyone Can Go See A Missile-Detecting Satellite Launch To Space

Anyone can get tickets to see a missile-detecting satellite launch to space from NASA's Kennedy Space Center.

Take A Tour Of The Center Of The Galaxy

NASA created a 360-degree video and virtual tour of the center of our galaxy.

SpaceX Is Scheduled To Launch The Mystery Zuma Payload This Week

SpaceX is scheduled to launch a payload this week that was delayed from November.

These 5 NASA Photos Show How Incredible Earth Looks From Space

NASA chose 17 of the top photos from 2017 to include in a video, here are just five that show how magnificent Earth looks from sapce.

NASA is working on building a rover that will search the moon for water and other resources key for deep space exploration.

These Photos Show The Thomas Fires Dying Down

NASA satellite photos show the progression of improving fire conditions at the Thomas fires in California.

Astronaut Newly Home From ISS Explains The Smell Of Space

Sergey Ryazanskiy, who returned to Earth from the International Space Station, explained what space really smells like.

The Dragon capsule is expected to rendezvous with the International Space Station early Sunday morning, watch it live here. 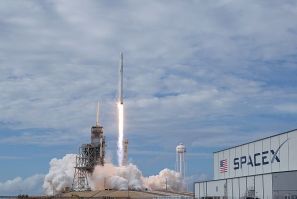 SpaceX will attempt to make history and launch a used Dragon craft with a used Falcon 9 rocket on Tuesday for a resupply mission. 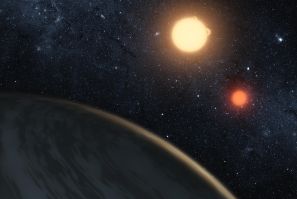 NASA and Google are making an announcement about a discovery made by the Kepler space telescope, watch the announcement live. 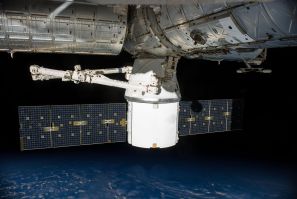 The astronauts on the space station are in no danger of running out of supplies due to the delayed SpaceX resupply launch. 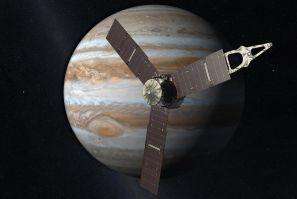 NASA revealed new information about Jupiter and its Giant Red Spot Monday that the Juno spacecraft collected during flybys of the planet. 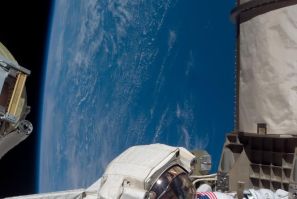 2017 was a great year for NASA, these are just some of the research, findings, and event highlights from the year. 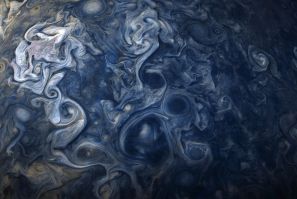 The Juno craft has been orbiting Jupiter for more than a year now and it's taken some incredible photos of the giant.
Latest news
NASA Simulations Show How Climate Change Will Impact Sea Levels
'Potentially Dangerous' Asteroid Will Fly By Earth Before Christmas
Photos From The Hubble Space Telescope Show Stunning Galaxies, Stars Of Universe
NASA Craft Recorded The Sound Of Electron Loss Around Earth
SpaceX Is Ready To Launch A Secret Payload Called 'Zuma'
EDITOR'S PICK