New Jersey is a state in the Mid-Atlantic region of the United States. It is bordered on the northeast by New York, on the southeast and south by the Atlantic Ocean, on the west by Pennsylvania and on the southwest by Delaware.

Stanford has won four of their last five games against the Trojans.

With just over 50 days until the 2012 presidential election, Americans are searching for the truth behind both candidates. While everyone seems to have an opinion, facts often seem to be lacking.

Asian shares rose to a four-month high Friday while the dollar remained weak against other major currencies after the U.S. Federal Reserve announced an aggressive new stimulus to drive job creation in the U.S. economy.

The pink gloves worn by youth football player Julian Connerton ignited controversy after his coach benched him for wearing the accessories, which the 12-year-old donned to support his mother's breast cancer battle.

Deena Cortese, the self-described "blast in a glass" cast member on "Jersey Shore," will have to take the party elsewhere after a Seaside Heights restaurant banned her from their premises for two years following her drunken antics.

$9.99-a-gallon gas sounds like something out of an apocalyptic movie, not a realistic price to see at a gas station in New Jersey or Pennsylvania. But on Wednesday, Lukoil franchise owners across the two states posted prices that high in protest to what they say are the much higher prices Lukoil charges for fuel than its competitors, which franchisees then have to pass onto their customers in the form of higher gas prices which make their stations less competitive.

Erica DePalo, Ex-Teacher Of The Year, Pleads Not Guilty To Sex With 15-Year-Old Student

Erica DePalo, the former "Teacher of the Year" in New Jersey accused of having sex with a 15-year-old honors student, has pleaded not guilty to sex assault charges during her arraignment Wednesday.

Gas prices hit $8 a gallon at some Lukoil stations in New Jersey and Pennsylvania as part of a protest by franchisees who say the Russian-based oil company's policies damage their ability to compete.

The New York City Mayor Michael Bloomberg and New York Gov. Andrew Cuomo announced that the budgetary row that caused the delay in the opening of the National September 11 Memorial and Museum at the World Trade Center has been resolved and the construction of the museum will resume soon.

Philippe Petit, The Man Who Walked Between Twin Towers, Says 'Nothing Can Replace Them'

In 1974, when the towers were brand new, a young French street artist took New York by storm when he walked on a wire between them. Today he reminisces on that feat, talks about his myriad projects, and explains why One World Trade Center just isn't the same thing.

Hours before the 11th anniversary of the destruction of the World Trade Center, the dispute that has virtually stalled construction on the 9-11 museum was resolved, officials said Monday evening.

Sept. 11 Anniversary: What Is The Status Of Rebuilding Ground Zero And The New World Trade Center? [PHOTO]

This Tuesday marks 11 years since the attack that destroyed the original World Trade Center in New York City. In the time since that horrific day, a new multibillion-dollar World Trade Center, led by the rising 1 WTC tower, is dominating the Lower Manhattan skyline.

Reflecting On The Towers: At The Center Of The World

Originally viewed in the 1970s as a project that added too much office space to Lower Manhattan, the Twin Towers of the World Trade Center became a symbol not only for New York, but for the United States, for capitalism, for the cosmopolitan / urban life, for modernity itself.

Toys 'R' Us Takes On Amazon With 'Tabeo' - Tablet For Kids

Toys ''R'' Us is introducing a tablet for children, and the new product will not be available online. The Tabeo, as the new tablet is called, can be pre-ordered over the Internet but it is only available in Toys "R" Us stores.

Reality television just keeps getting classier and classier. Just when "Jersey Shore" and "Real Housewives of New Jersey" make it seem like the art form was at the absolute bottom -- or top, depending on one's opinion -- Demi Lovato of "The X Factor" spit into fellow judge Simon Cowell's hand.

The construction of the long-awaited museum at ground zero meant to honor victims of September 11 will not be completed for the upcoming anniversary of the terrorist attack because of a political argument between New York City Mayor Michael Bloomberg and state Governor Andrew Cuomo, according to the New York Times. The museum opening by 9/11 in 2013 is also in doubt. 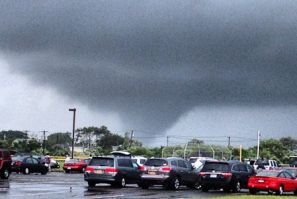 The National Weather Service issued a severe weather advisory for much for the Northeast on Saturday as a tornado touched down in Queens, New York. Flooding was reported in Queens, while parts of New England braced for the storm. 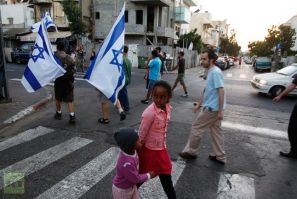 Israel sent 18 migrants from Eritrea back to Egypt on Thursday, the latest in a series of moves to stem the tide of illegal immigrants from African countries seeking asylum in Israel. 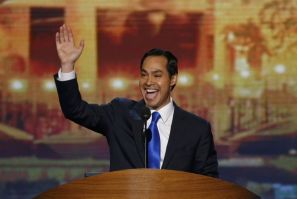 Castro, already being hailed as a rising star in the Democratic Party, gave a much-praised keynote speech at the convention Tuesday when he made his national debut. But he has been a prominent presence in San Antonio's Chicano community since his teen years. 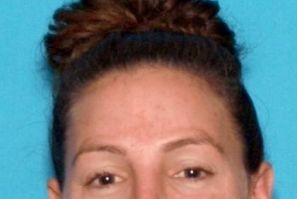 Don't expect Erica Depalo to win any more "Teacher of the Year" awards anytime soon if the allegations that she had sex with a 15-year-old student prove true.

Justin Bieber is apparently having some fun on the set of Selena Gomez's latest movie, "Feed the Dog." The pop star appeared there Thursday night and took several photogragphs of himself brandishing a prop gun in wildly unsafe manners, seemingly pretending to look tough. 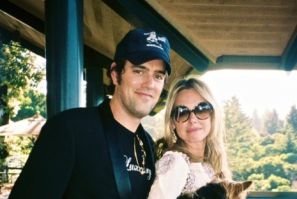 'The Deaths That Launched A Thousand Blogs'