New York ( /njuː ˈjɔrk/; locally [nɪu ˈjoək] or [nuː ˈjɔrk]( listen)) is a state in the Mid-Atlantic and Northeastern regions of the United States and is the nation's third most populous. The state is bordered by New Jersey and Pennsylvania to the south, and Connecticut, Massachusetts and Vermont to the east.

New York City, which is geographically the largest city in the state and most populous in the United States, is known for its history as a gateway for immigration to the United States and its status as a financial, cultural, transportation, and manufacturing center.

Woman Who Climbed Statue Of Liberty On 4th Of July, Arrested

She was taken into custody after a three-hour-long standoff with the police, during which she refused to come down from the robes of Lady Liberty.

Fynn is the second bichon to win Westminster. The previous one was in 2001.

Dori Myers was charged with criminal sexual act in the second degree and endangering the welfare of a child.

The research found children who sleep less are more prone to develop emotional and behavioral problems.

New York's police chief called the incident the worst act of "savagery" he's seen in four decades on the job.

Erica Garner's health deteriorated on Christmas Eve as she remained on life support in the Intensive Care Unit of a Brooklyn hospital.

VR World NYC could be the ultimate try before you buy experience for virtual reality enthusiasts. The 34th Street location opens Saturday.

Samsung Galaxy Note 8 Release Date Could Be In Mid-August

Verizon purchased LQD WiFi and it's Palo project. Palo is a kiosk that offers residents free WiFi and other local community information.

New York University School of Medicine researcher Leonardo Trasande and his colleagues examined urinary BPA levels in a sample of nearly 3,000 children and adolescents, including 1,047 children scored as overweight and 590 scored as obese.

Yunel Escobar Gay Slur: Was He Really Being Homophobic? [PHOTO] 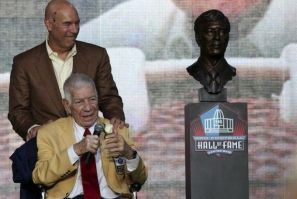 Steve Sabol, one of the founding members of NFL Films, died this morning after he lost his battle with brain cancer at the age of 69. 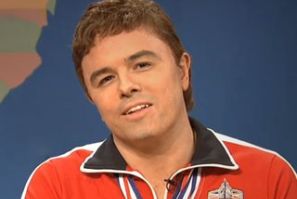 Anyone who's ever watched an interview with Olympic swimmer Ryan Lochte knows that he isn't the most intelligent of public figures. That's why Seth MacFarlane Saturday Night Live portrayal of Lochte as dimwitted was pretty dead on. Now the athlete has reacted to the Family Guy creator's Weekend Update spoof. 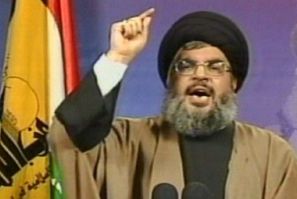 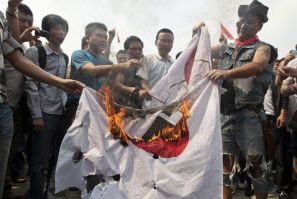 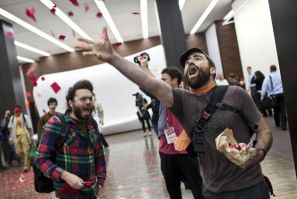 Six months ago, Occupy Wall Street was an endangered species. Now, it?s safe to say, OWS is extinct, and for the betterment of our country. 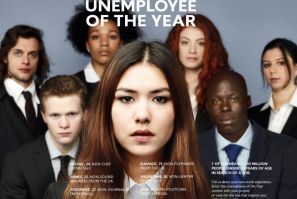