Superb Mexico Moves Into The Final 16

Mexico beat Croatia 3-1 to secure their progress to the last 16 of the 2014 World Cup at their opponents’ expense.

Neymar came to the fore with two goals to help secure Brazil’s place in the last 16 of the 2014 World Cup with a 4-1 win over Cameroon.

Mexico, Croatia Gun For Round Of 16

The second team to advance from Group A will come out of Monday's critical matchup between Mexico and Croatia.

Fittingly taking place in the nation’s capital, Selecao require more goals to put a chokehold on Group A.

Mexico And Croatia Battle For Spot In Next Round

Mexico and Croatia will square off in the final match of Group A.

Costa Rica's victory over Italy eliminated England from the 2014 World Cup in Brazil.

With Spain Out and England Sinking, What Are The Betting Odds Now?

Cameeron Players Fight Each Other

A scuffle between two Cameroon players brewed as the team was being eliminated from the 2014 World Cup.

Cameroon now joins Australia and Spain to become one of three countries eliminated from this year’s tournament.

Group B In Action On Wednesday

All of Group B will play on Wednesday in the 2014 World Cup.

Croatia earned plaudits in their World Cup opener, but a 3-1 defeat to Brazil means they now realistically need a victory against Cameroon on Wednesday.

Who Is Guillermo Ochoa?

Here are some interesting facts about Guillermo Ochoa, who was "man of the match" in Tuesday's game between Brazil and Mexico.

Brazil Frustrated By Ochoa In Fortaleza

Mexico and goalkeeper Guillermo Ochoa frustrated hosts Brazil in a goalless draw at the 2014 World Cup in Fortaleza.

Brazil and Mexico each have three points entering their second game. 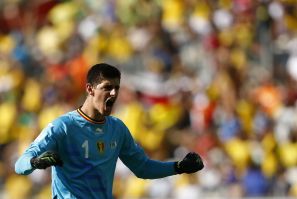 Are More People Watching The World Cup Without Cable?

Spanish-language network is drawing huge numbers of World Cup viewers, and some don't even speak Spanish. 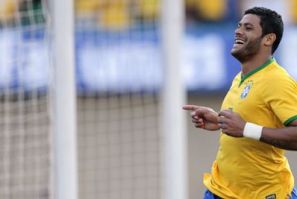 Brazil enter the match without one of their top forwards. 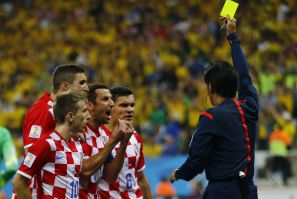 A striker for the Croatian national team has broken his team's silence to condemn the leaking of nude photographs of the players. 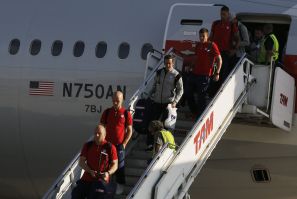 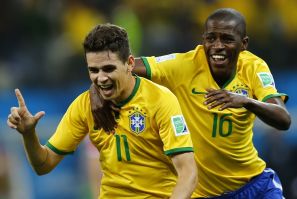 Brazil will play the second match of their World Cup campaign against Mexico in Fortaleza on Tuesday, a year after beating the same opponents in the same venue. 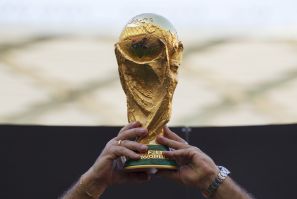 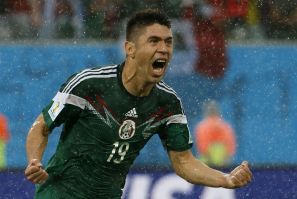