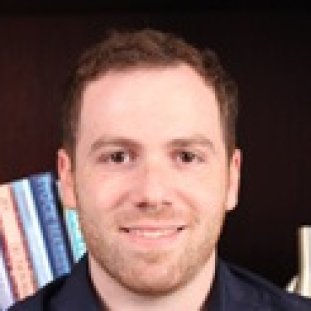 Smith manages and coordinates the activities of the technology subsection of the company, contributing his own stories, news and analyses of the latest technology companies, gadgets, and innovations.

He joined the IBTimes in September 2011 as a technology reporter, after holding various editorial positions within Inc. Magazine and USA TODAY.

Smith received a B.A. in print and online journalism from The University of Maryland, College Park.

Apple's new heartfelt 90-second commercial for the iPhone 5s might just make your eyes rain -- even if you’re a grinch around this time of year.

Apple on Monday announced its 2013 iTunes Store Awards winners, which include the best apps, books, music, movies and TV shows from its digital store.

Microsoft was unable to deter one of its key engineers, Blaise Agüera y Arcas, from leaving the company and joining Google.

Reports of pricing beyond the standard Mac Pro configurations suggests the maxed-out Apple desktop could cost more than $9,000.

Apple iOS 7.1 Update: How To Download And Install iOS 7.1 Beta 2 To Your iPhone, iPad Or iPod Touch Ahead Of Its Release Date

Apple on Friday released iOS 7.1 beta 2, which arrives three and a half weeks after the mid-November release of the first iOS 7.1 beta.

The iPhone 5s is off to an incredibly impressive start in the U.S. and especially China, where Apple was hoping to make greater inroads in 2013.

Samsung Electronics lost another battle in its long and contentious mobile patent war with Apple Inc.

New York-based China Labor Watch is again calling for answers from Taiwan-based Pegatron, a key Apple supplier, due to the death of an underage worker.

Apple iPhone 5s Availability Near-Perfect: Shipping Improves To 24 Hours For All Colors And Capacities, But The China Mobile Deal May Change That

Nearly three months since the manic debut of the iPhone 5s, Apple’s high-end smartphone for 2013 is now shipping "within 24 hours."

Apple's free “12 Days Of Gifts” app is available from the iOS App Store, but the giveaways won’t actually begin until Dec. 26.

The iPhone 5s and 5c figure prominently in the week's activities.

The 2013 Mac Pro from Apple may see its release date on Monday, Dec. 16, if one German retailer's online listing is accurate.

The biggest difference between Russia’s YotaPhone and most other smartphones is its e-ink screen, which complements the phone’s other full-color LCD display.

There are several ways Apple could make use of San Francisco-based Topsy's social analytics tools.

The technology and the politics do not favor Amazon Prime Air, the company's futuristic delivery service that uses drones.

Israel-based PrimeSense made a name for itself on the Kinect, but Apple plans to use the firm's 3D tech to strengthen its product portfolio.

We can’t help but look ahead to the eighth-generation iPhone set to release in late 2014: Here's what rumors are predicting for the “iPhone 6.”

Analysis: we believe the company will release Apple's new iPhone 5s and iPhone 5c on that date.

Google Pays $17 Million Over Privacy Breach: How And Why Google Exploited Safari

Here's how to download and install iOS 7.1 beta onto your iPhone or iPad right now.

Apple iPhone 5s Vs. iPhone 5c: Why Suppliers Are Downsizing Production Of The Budget iPhone 5

Order cutbacks from “weak sales” of the iPhone 5c are forcing Apple to shift manufacturing efforts to the higher-end iPhone 5s.

Apple iPad Air Vs. Retina iPad Mini '2': Which New Release Is Right For You? We Review The 2013 iPad Lineup

Which new iPad is right for you -- the iPad Air, or the iPad mini with Retina display? We analyze both 2013 Apple tablets.

IBM is prepping its Watson supercomputer technology to be utilized by third-party developers for the first time.

MakerBot Academy: Why 3D Printing Belongs In The Classroom

MakerBot Academy, mentioned in the 2013 State Of The Union Address, called for a return of manufacturing and technology jobs to the U.S.

We predicted Apple would release the new iPad mini with Retina display on Nov. 22, but Apple surprised everyone and launched it on Tues.

Apple iPad Air Explodes: Why The ‘Burst Of Flames’ Was Likely A Charger Issue, Not An iPad Problem

The iPad Air is hot right now -- so hot, in fact, one demo model almost burned down a Vodafone store in Australia.

The iPad Air, in all honesty, is Apple’s most modest iPad release yet.

Gogo Inc. is expanding its in-flight tech to allow smartphone users to make calls and send texts while in the air.

The dollar slid across the board on Monday as traders piled into riskier assets after more Chinese cities eased some of their COVID related restrictions, stoking hopes of an eventual reopening of the world's second biggest economy.

BP Doubles Down On Hydrogen As Fuel Of The Future

BP chief executive Bernard Looney is betting on hydrogen to power future low-carbon businesses as the governments of major economies stump up cash to develop the fuel to decarbonise.

Five Things To Know About The Wirecard Scandal

The U.S. had also raised concerns that Moscow could resort to using chemical weapons in Ukraine if Russian troops continue to lose ground.

Mandana Dayani stepped down from her position as Archewell president in a "mutually planned" arrangement, according to a statement.