Biden Administration To End Covid-19 Emergencies On May 11

The emergencies are being extended one last time, and "an abrupt end to the emergency declarations would create wide-ranging chaos ... " the White House said.

The Islamic extremist who drove a pickup truck down a popular New York City bike path has been convicted of murder and could face the death penalty.

Has The US Moved Past Covid?

As a new strain spreads throughout the country, Covid-19 is not on the mind of many Americans. Does this mean the U.S. has moved past the pandemic?

The USPS will deploy at least 66,000 electric vehicles by 2028, in a move to modernize one of the federal government's largest fleet of vehicles.

The Education Department corrected a previous email that mistakenly indicated borrowers were approved for loan forgiveness.

US Continues To Engage In Russian Prisoner Swap

"My efforts, the efforts of the entire administration are to bring both Paul and Brittany home," Blinken told CBS News.

The teen sported a heart-printed Carolina Herrera dress at the state dinner Thursday, which was also her 17th birthday.

The entire space was decorated by over 150 volunteers and features 77 Christmas trees, 83,615 holiday lights and 25 wreaths.

The pause has been extended 8 times since March 2020 after the pandemic affected lenders' ability to pay.

Political strategists had forecasted a "red wave" due to Joe Biden's weak approval ratings in October.

President Joe Biden commented on the recent midterm elections and made quips at Republicans who were disappointed to not see a "red wave." Concerns about his age and health kept chasing Joe Biden since he was elected president at age 77, becoming the oldest person to win the White House. 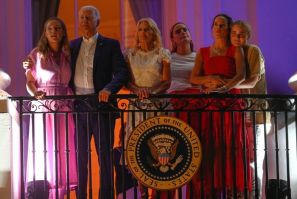 Hunter Biden's Daughter To Get Married At White House: Everything We Know

Naomi Biden and Peter Neal are approaching their White House wedding as a "private celebration for their friends and family," according to a report. 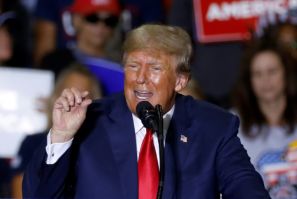 Former president Donald Trump prepares for a possible 2024 White House run ahead of the 2022 midterm elections. 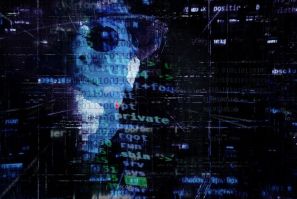 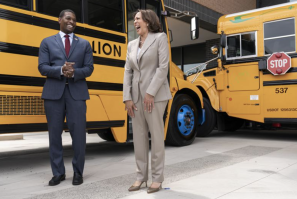 A $1 billion federal grant will provide about 2,500 electric school buses to school districts across the US. 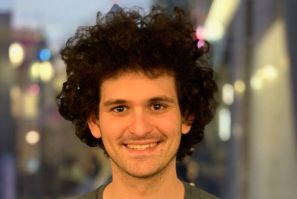 The details of the meeting remain unclear but the visit coincided with one of Bankman-Fried's appearances before Congress. 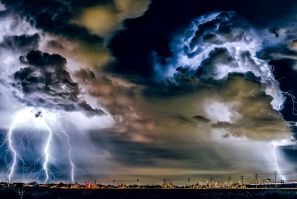