"... This will likely be one of the most impactful systems on a widespread scale that this meteorologist has seen in a long while," the NWS said.

New York Governor Kathy Hochol declared a 'state of emergency Wednesday night ahead of a major snowstorm expected to hit Thursday morning and continue throughout the weekend in Buffalo, NY and surrounding areas.

At least one person was killed, dozens injured, and multiple people are missing after deadly tornadoes hit Oklahoma, Texas, and Arkansas Friday evening.

The National Weather Service had issued a severe thunderstorm warning for the mountain range, predicting the possibility of hail and gusts of 60 miles per hour.

Man Injured After Storm Splits House In Two In DC

A video showing the wreckage of the house was widely shared on social media.

Thousands In Northeast US Lost Power Due To Unusual Storm

Hiker Falls To Death While Attempting To Climb Mt. Whitney Amid High Winds

It is believed that the hiker was experiencing acute mountain sickness, which coupled with a heavy backpack and severe storm conditions caused him to fall.

Following a night filled with tornadoes and storms in southern Illinois, many people were stuck in an Amazon warehouse in what was described by the Collinsville Emergency Management Agency as a "mass casualty incident."

A 15-year-old boy was hospitalized in critical condition and five other people were injured after a lightning strike at Orchard Beach in the Bronx, New York, Thursday, authorities said.

A thunderstorm was reported in the area between noon and 4 p.m. on the day of the incident.

The number of injuries caused by the tornadoes has not been confirmed.

For the first time ever, researchers have recorded a "space hurricane," 600 miles of plasma raining electrons down on the North Pole.

Polar Vortex Rips Through US

Another wave of freezing snow is expected as millions lose power, but temperatures should rise over the weekend.

Health officials in Harris County came up with a plan to expedite the allocation of the vaccines after the facility that stored them lost power.

The U.S. is being hit with another snowstorm early this week and it's expected to bring at least five inches of snow.

2021 Snowstorm: Tips To Stay Safe And Warm Amid Freezing Temperatures

It's important to bundle up to stay warm, but you may also lose body heat through sweating.

A winter storm hit the Midwest and has moved towards the East Coast. 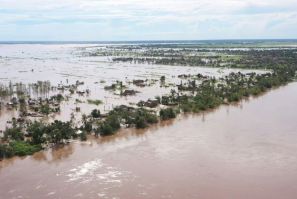 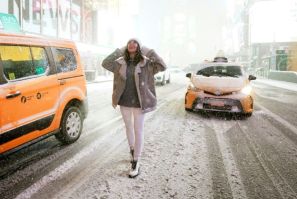 As much as 16 inches of snow expected from a winter storm in the central United States. 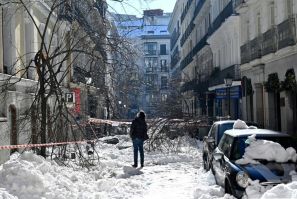 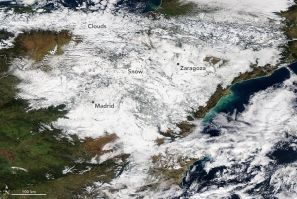 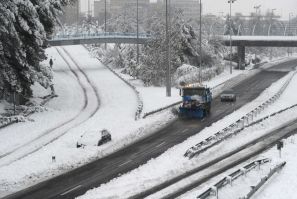 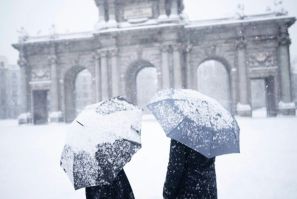 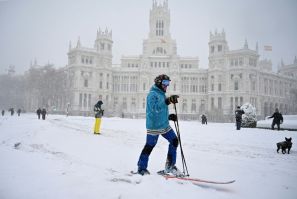 Deadly Snowstorms Cause Chaos Across Spain