Cloud computing is Internet-based computing, whereby shared resources, software, and information are provided to computers and other devices on demand, as with the electricity grid.

Amazon is launching a new "Secret Region" of its Amazon Web Services cloud designed to house classified documents for the intelligence community.

The DNC Tech Chief On Bridging The Silicon Valley-Politics Gap

Raffi Krikorian, chief technology officer for the Democratic National Committee, talked to IBT about the cultural gap between Silicon Valley and Democrats — as well as the cloud security issues he’s taken head-on.

Baidu Inc (BIDU) has launched a new browser for mobile devices running on Android operating system that allows users to play games and watch videos without a media player, Bloomberg has reported.

Americans have no idea what cloud computing is, with many believing it relates to the weather, or even pillows, drugs and toilet paper, a new survey commissioned by enterprise software developer Citrix Systems Inc. (Nasdaq: CTXS) found.

Before the curtain falls on this earnings season, investors will hear next week from several more major players, including Dell, Hewlett-Packard, Lowe's and Best Buy.

Oracle Corporation (Nasdaq: ORCL) said Monday it will buy Xsigo Systems, a network virtualization technology company, to expand its presence in the cloud computing business. The value of the deal was not disclosed.

Cisco Systems Inc. (Nasdaq: CSCO), the No. 1 provider of Internet gear, said it had acquired private Virtuata, a two-year-old specialist in cloud computing and security.

Cloud Computing just got a shot in the arm as online storage service provider Dropbox decided to double the capacity of its offerings to consumers without hike in prices owing to intense competition and also offers a new 500GB service plan at $499 a year.

Is AmazonSupply A Threat To Traditional Industrial Distributors?

The Amazon.com Inc. launch of AmazonSupply in April indicates the shift to online from offline commerce continues apace among industrial consumers, which increasingly prefer to buy goods electronically.

Oracle (Nasdaq: ORCL), the No. 1 database developer, reported full-year revenue rose 4 percent to $37.2 billion -- with revenue from the Cloud, or Internet-based computing, reaching a record $1 billion.

Amazon.com Inc. (Nasdaq: AMZN), the No. 1 e-retailer, said it would trim costs for its Cloud computing unit known as Amazon Web Services, which operates in 190 countries and serves clients like Netflix (Nasdaq: NFLX).

International Business Machines Corp. (NYSE: IBM) said it was deploying cloud, or Internet, computing services for the website of the French Open so that it can handle as much as 100 times normal traffic.

What Can't Siri Do? British Researchers Put The Apple iOS Application To The Test In Life Science Experiment [VIDEO]

Ever since the launch of the iPhone 4S in 2011, Siri has been an integral part of the Apple consumer experience. But while many experienced Users pretty much know what Siri can and cannot do, one group of researchers has decided to really put her capabilities to the test.

Steve Jobs is remembered not merely for the company he co-founded, but also for his mannerism, determination and marketing skills that helped Apple reach the zenith of success. But what about his acting skills? Yes, the Apple wizard did have some. He appeared as former U.S. President Franklin Delano Roosevelt in a long-lost TV commercial to charge up the company's sales team to take on IBM. 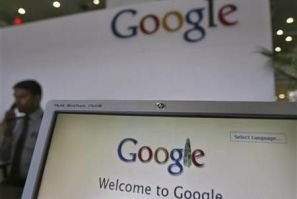 Google Drive: How Is The Cloud Storage Service Different Than Dropbox, Skydrive and iCloud? [VIDEO]

Google entered the world of cloud computing on April 24, announcing the release of Google Drive. The service, much like that of Dropbox, Apple's iCloud and Microsoft's SkyDrive, gives users 5GB of free remote storage and additional space for a monthly fee. 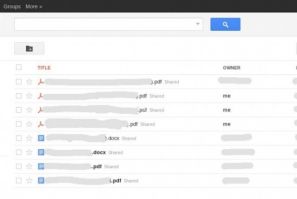 Google has its hands in everything these days -- email, office suites, geo-locational software, point-of-sales apparatuses, publishing and multimedia -- so it only makes sense that Google will soon launch a cloud-based hard drive service. 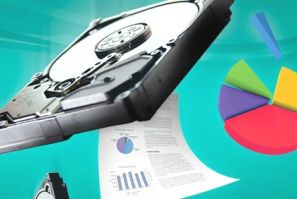 Seagate has become the first hard drive manufacturer to pack 1 terabit - one trillion bits - into a single square inch, a remarkable milestone that will lead to hard drives as large as 60TB within the next decade.

Three key research centers and a consortium of Internet companies said on Thursday they would work together on a European cloud computing platform to handle the continent's rapidly growing demand for computer capacity. 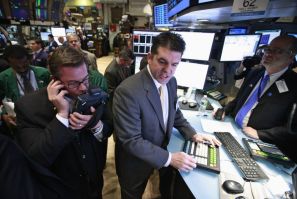 The S&P 500 rose on Friday to close at its highest level since before the collapse of Lehman Brothers Holdings Inc. in September 2008, continuing a pattern of steady gains on apparent signs of U.S. economic recovery.

The S&P 500 rose on Friday to close at the highest level since before the collapse of Lehman Brothers in 2008, continuing a pattern of steady gains on signs of U.S. economic recovery.
Latest news
Apple Mac OS X Mountain Lion: The 5 Best New Features
Apple Unveils Mac OS X Mountain Lion: A Guide to the New Features
Apple iPhone, Mac to Converge with New Laptop
Oracle Buying Taleo for $1.9B as Cloud War Brews
Cisco Profit Up 43 Percent in Q2
EDITOR'S PICK