The term commercial property (also called investment or income property) refers to buildings or land intended to generate a profit, either from capital gain or rental income.

Crowds gathered to see the biggest LED screen in the U.S. light up for the first time. Soon, they will see Google's advertising there.

Sept. 11 Anniversary: What Is The Status Of Rebuilding Ground Zero And The New World Trade Center? [PHOTO]

This Tuesday marks 11 years since the attack that destroyed the original World Trade Center in New York City. In the time since that horrific day, a new multibillion-dollar World Trade Center, led by the rising 1 WTC tower, is dominating the Lower Manhattan skyline.

Bill Ackman, the mercurial hedge fund manager of Pershing Square Capital LLP and activist investor, is at it again. Ackman said in a regulatory filing Thursday that his company had been in talks with Simon Property Group Inc. (NYSE: SPG), the largest U.S. mall owner, regarding a takeover of General Group Properties Inc. (NYSE: GGP), its next largest rival.

Who was the biggest buyer of U.S. commercial real estate in the past 12 months? It wasn't a big private equity firm or luxury developer. Rather, it was the estate of Lehman Brothers, which is still making deals nearly four years after its demise.

US Commercial Real Estate Is 'Solid And Healthy': Barry Sternlicht

Barry Sternlicht, the chairman and CEO of Starwood Capital Group LLC and the architect of hotel brands including the W, believes the U.S. commercial real-estate market has rebounded as investors seek assets that generate returns.

Spanish 10-year government bonds have been edging toward an unsustainable 7 percent yield for weeks now, with current yields above 6.8 percent.

Moody's Investors Service Monday downgraded the long-term debt and deposit ratings of 28 Spanish banks, indicating that the credit worthiness of Spain is weakening.

Moody's Investors Service on Monday downgraded the long-term debt and deposit ratings for 28 Spanish banks and two issuer ratings, following on the heels of a cut to Spain's sovereign rating to just above junk status earlier this month.

The global headquarters of Dewey & LaBoeuf LLP, a glass-sheathed office tower in midtown Manhattan, has a commanding view of a stretch of Sixth Avenue looking downtown. A pair of statues, designed by artist Jim Dine, rise from the plaza of the stately office, overlooking Rockefeller Center. But now, it will be the law firm's ornate tomb, a reminder of its glory days.

Back in March, 55-year-old grandmother Sharon Simmons made headlines when she announced her plans to audition for the Dallas Cowboys Cheerleading squad on May 5. This past weekend Simmons did just that.

Police are currently investigating suspicious packages at the World Financial Center, prompting officials to evacuate one of the buildings on Thursday.

Experts believe 2012 could mark the beginning of a turnaround for the housing industry, albeit a slow one.

One of the oldest neighborhoods in Manhattan may soon get closer to nature. SHoP Architects and mall operator Howard Hughes Corp. (NYSE:HHC) unveiled an emerald proposal for the Pier 17 mall on the South Street Seaport last Thursday that will ease the historic district into the present.

Empire State Realty Trust, owners of the iconic Empire State Building, filed to sell up to $1 billion of its Class A common stock, giving ordinary investors a chance to own a piece of the building that has been fought over by billionaires. 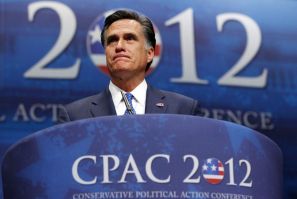 CPAC 2012: Mitt Romney Struggles to Connect with Conservative Base

Presidential candidate Mitt Romney struggled at the CPAC 2012 Conservative Political Action Conference on Friday to connect with Republican voters who either cannot relate to him or worry that he is not conservative enough.

The nation's capital has been a leader when it comes to real estate. While much of the country's housing market continues to languish, Washington D.C. and the surrounding area have seen tight inventory and price growth in recent months. 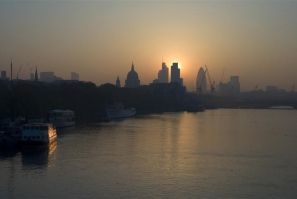 Thirty cities accounted for half of all global commercial real estate investment from 2008 to 2011, according to a report released Wednesday.

Dundee REIT to buy Whiterock for about $572 million 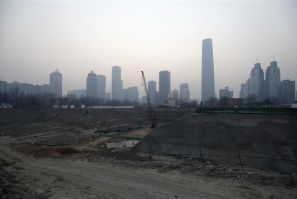 China's fledgling real estate investment fund market could see a surge of activity in 2012 as property developers launch their own vehicles in a desperate bid to bridge an estimated $111 billion financing gap in the year ahead. 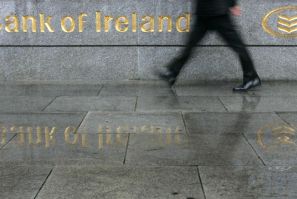