Vice President Yemi Osinbajo was allegedly refused "security clearance" and "locked out" from the "very sensitive meeting," a source said.

"For too long, our quest for peace and progress has been disrupted and frustrated by social ills, many of them perpetrated by young people," the president said.

The legislation would build a stronger law against sexual crimes, which are rampant in the West African country.

The displaced students lack the necessary documents to be granted admission into government schools.

Former Nigerian Governor Turns Himself In On Money Laundering Charges

Murtala Nyako was impeached by lawmakers in the northeast state last year after he resigned from the then-ruling Peoples Democratic Party.

Nigeria media have estimated the watch costs roughly $52,000, or more than what President Muhammadu Buhari earns in three months from his official salary.

Days after his inauguration, Nigeria's anti-corruption president finds out officials at his central bank may have been crooked.

A suicide bomber detonated his explosives outside a mosque just hours after a Boko Haram attack.

How To Watch Buhari's Inauguration

The Nigerian president-elect will be sworn in Friday morning.

Buhari, a Muslim from northern Nigeria, was expected to take the oath of office Friday after vowing on the campaign trail to wipe out the Boko Harem insurgency and national political corruption.

How can Muhammadu Buhari, who criticized the Nigerian army throughout his presidential campaign, restore national security upon taking office Friday?

Nigerian President Goodluck Jonathan had reportedly asked the board's chairman to step down, but then rejected the offer to assume the position.

Experts hope the move could have a ripple effect on the 26 other African nations where the practice remains prevalent.

President-elect Muhammadu Buhari expressed disappointment that the outgoing administration had so far hindered a smooth transfer of power.

“We record an average of between five and six births in each of the 21 camps daily,” a Borno state government official said.

Bitter party members have asked Adamu Mu'azu and others to resign after the Peoples Democratic Party was unseated in Nigeria's general elections.

The army is conducting an offensive against Boko Haram in the Sambisa forest, considered the group's final stronghold.

Africa's Biggest Economy Is Slowing Down

Nigeria reported a drop in economic growth this quarter, and it's not just because of Boko Haram. 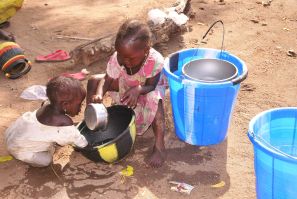 After Boko Haram, It Might Be Even More Brutal

Nigeria breathed a sigh of relief this month after nearly 700 women and girls were freed from Boko Haram militants, but the road to recovery has only just begun. 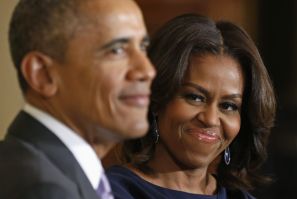 Is Michelle Obama Going To Nigeria?

Barack Obama congratulated the West African nation on “the strength of Nigeria’s commitment to democratic principles.” 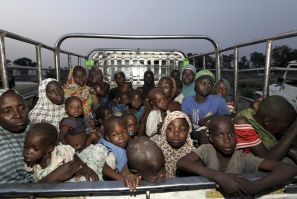 "If you needed the toilet, they followed you. We were kept in one place. We were under bondage." 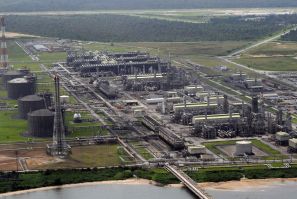 Vandalism of gas pipelines is cited as a major reason why Abuja, Lagos and other areas are experiencing a sharp drop in power. 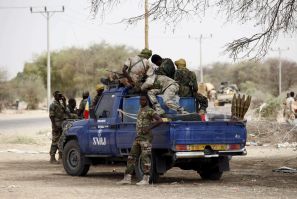 Boko Haram has killed at least 15,000 people and displaced at least 1.5 million people during its six-year insurgency. 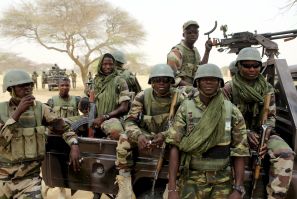 Boko Haram Is Running Out Of Weapons

The intensified military operation by Nigerian and coalition forces has reportedly weakened the Islamic militant group and cut off their arms supply. 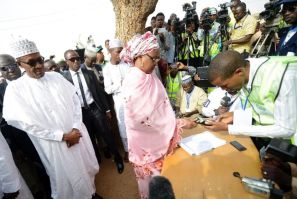