President Muhammadu Buhari made the announcement after an emotional meeting with some of the girls’ families Thursday.

At least four Nigerian government websites were down Friday afternoon after Anonymous Nigeria declared a cyberwar against corruption, poverty and theft.

Lawal Jafaru Isa, head of the ruling All Progressives Congress, is suspected of having links to the alleged diversion of $2 billion by former national security adviser Sambo Dasuki.

Peoples Democratic Party former Acting Chairman Haliru Mohammed Bello and his son have been accused of money laundering and criminal breach of trust.

“We are looking for a credible Boko Haram leadership that will convince us that the girls are here and alive," Nigerian President Muhammadu Buhari said Wednesday.

Boko Haram pledged allegiance to ISIS in March. The militant group in Nigeria apparently has killed more than 1,000 people in the past two months.

Muhammadu Buhari has vowed to grow the economy and stabilize Nigeria's naira currency by eradicating corruption stemming from his predecessor.

Nigeria Lost $1B Per Month Under Goodluck Jonathan: Official

Africa's largest economy was losing about $1 billion per month due to corruption, according to Nigeria's former central bank governor.

Emmanuel Ibe Kachikwu, chief of Nigerian National Petroleum Corp., said the firm is projecting an inflow of $20 billion next year.

Buhari's Cabinet To Take Office After 5-Month Wait For Nigeria

The Nigerian president didn't appoint his federal ministers until September, followed by approval from the Senate.

Nigeria’s court of appeal rejected a bid Friday from the senate president seeking to squash his corruption trial.

The chairman of Nigerian conglomerate Honeywell Group said Tuesday Africa’s biggest economy is in a state of “national emergency.”

Watch as Nigeria's Senate begins screening the nominees chosen by resident Muhammadi Buhari for ministerial positions in his new cabinet. 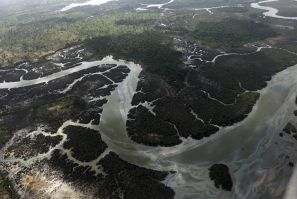 The stoppage is due to yet another leak, for which the Anglo-Dutch energy giant gave no reason. 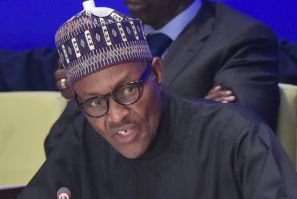 Nigerian President Muhammadu Buhari has named a petroleum minister in his new Cabinet: himself. 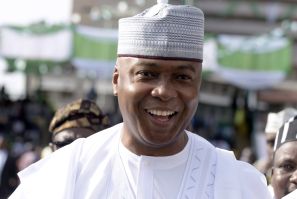 The embattled senate president failed to attend trial last week after Nigeria's Code of Conduct Tribunal issued a warrant for his arrest. 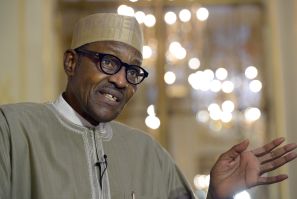 The currency in Nigeria, Africa's largest economy and top oil producer, has been hit hard by a global oil glut and crashing crude prices. 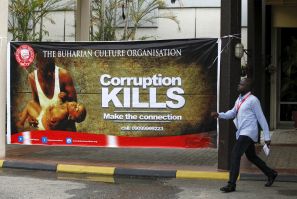 Corruption should be met with the ultimate punishment, labor officials said. 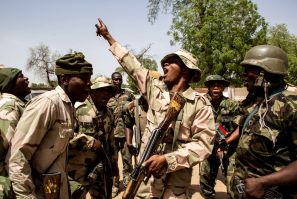 'Boko Haram Is No Longer Strong Enough To Hold Ground'

“As I am speaking to you, all the terrorists’ camps have completely been wiped out," Nigerian Defense spokesman Col. Rabe Abubakar said Wednesday. 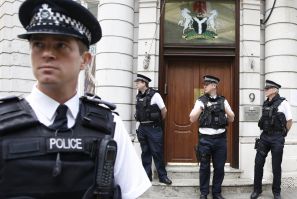