'The People Of Nigeria Have Taken Over'

To win the presidency, a candidate must win more than half of all valid votes and at least 25 percent in two-thirds of Nigeria’s 36 states.

Nigerian opposition leader Muhammadu Buhari built a lead of 2 million votes with three-quarters of states counted on Monday, raising the prospect of a stunning ballot box victory for him.

Leaders of the All Progressives Congress say ballot rigging and other problems occurred in Anambra and Akwa Ibom states.

Nigerian President Goodluck Jonathan's campaign representative has accused the media of spreading false results in favor of the opposition party.

The country's presidential and parliamentary elections continued for a second day, after Boko Haram attacks and claims of voting irregularities.

“At least half the village has been burned," a federal lawmaker from Buratai says.

The presidential candidates, challenger Muhammadu Buhari and incumbent Goodluck Jonathan, were in a dead heat before the election.

A Guide To Nigeria's Presidential Election

There are 14 presidential candidates on the ballot, but national polls have shown the race will come down to President Goodluck Jonathan and rival Muhammadu Buhari.

Violence Increases As Nigeria's Elections Near

Nigerian authorities have increased security across the nation, including closing all land and sea borders until after the election.

The Boko Haram headquarters in Gwoza, Nigeria, had been one of the few strongholds it had left in northern Nigeria.

What Happens If Buhari Becomes Nigeria's Next President?

Some voters see ex-military dictator Muhammadu Buhari as a solution to Nigeria's security and corruption issues. But there are concerns about his credentials.

“Without a stronger effort to protect civilians and accountability for abuses, the situation can only get worse," a researcher said.

Nigeria's Elections 'Could Be Very Dangerous'

Allegations of ballot rigging is a dangerous narrative in Nigeria’s presidential elections, and Jonathan is no stranger to such accusations.

With elections looming, the U.S. president calls on Nigeria’s leaders and citizens to ensure they are free, fair and peaceful. 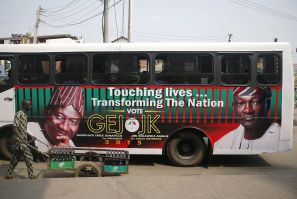 Just days remain until voters cast ballots in the African nation, but many foreign reporters are still unable to enter the country. 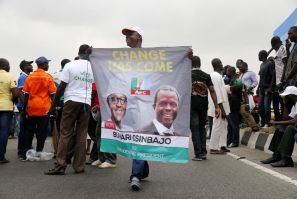 Gangs known as "Area Boys" have contributed to a rash of “election-related violence” since December. 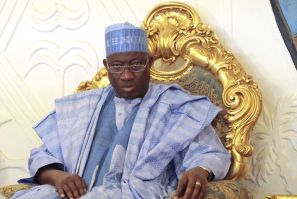 Nigeria Could Have Rescued Schoolgirls From Boko Haram 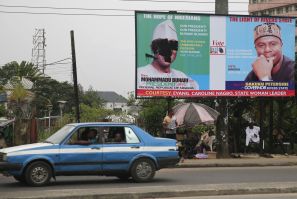 One Old 'Brain May Even Be Dead,' Nigeria's First Lady Says

Nigeria's Patience Jonathan accuses her husband's presidential-election opponent, 72, of being too old to lead the country. 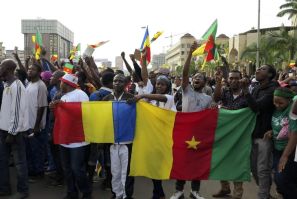 Some 5,000 people marched in Cameroon protesting against the Boko Haram insurgency in Nigeria. Fighting between the terrorists and coalition forces has intensified. 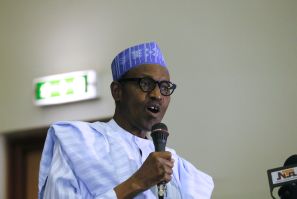 Buhari is widely viewed as an anti-corruption leader, despite allegations of human-rights abuses during his regime. 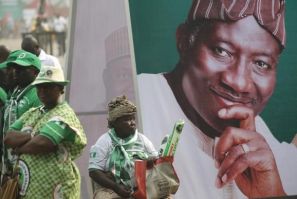 Amid Boko Haram Attacks, US Warns Against Nigeria Travel

The U.S. Department of State warned Americans against traveling to and within Nigeria during the country's hotly contested upcoming elections.
Latest news
Tide Has 'Definitely Turned' In Fight Against Boko Haram: Nigerian President
Nigerian Officials Promise Fair Election
Nigerian Army Claims Victory Over Boko Haram In Baga
Elections That Would Have Been 'Far From Fair'
Further Delaying Nigeria Elections Would Be 'Unconstitutional': Election Commissioner
EDITOR'S PICK