A Costlier Conflict Than Boko Haram?

A decadeslong, low-level conflict between Nigerian farmers and herders is costing Nigeria nearly $14 billion in economic development each year.

Nigerian President Muhammadu Buhari and his entourage will depart Sunday to meet with U.S. President Barack Obama and other White House officials.

The All Progressives Congress has called on the government to probe the whereabouts of billions of dollars.

The Democratic Peoples Congress is the first political party to be registered in Nigeria since the historic 2015 general elections.

The two presidents will meet at the White House next week, but it appears Boko Haram and Nigeria's economy won't be the only topics for discussion.

Buhari Quick To Replace Military Brass Ahead Of US Visit

Nigeria's new president has taken his time selecting his cabinet, but the former military dictator moved fast to reorganize the army.

In June, Nigerian lawmakers called for a bailout to cover unpaid government salaries of hundreds of thousands of workers.

Nobody has claimed responsibility for the attacks, but the target and method was consistent with previous attacks by Boko Haram.

Residents of a southeast Nigerian city are protesting government plans to relocate up to 50 captured Boko Haram members.

Meet The First Ever Female Head Of Nigeria's Election Body

Her appointment came after a historic and largely successful election cycle, which was lauded by leaders around the world.

It stole nearly half of what it earned in the past three years while under the watch of former President Goodluck Jonathan, officials revealed.

The chairman of the Nigeria's Christian Association said same-sex marriage was evil and should remain illegal.

Buhari and Obama To Meet At White House

Nigerian President Muhammadu Buhari has said he would like to restore military ties with the United States.

A former minister under Goodluck Jonathan said the new Nigerian president lied about inheriting an empty treasury upon taking office.

It's the first time in at least four years that Saudi Arabia has lost its spot as the largest crude oil supplier to India.

Nigerian Economy 'In A State Of Collapse' 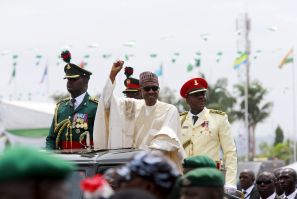 Some local governments in Nigeria have not paid their employees for 10 months, prompting the appeal to the U.N. 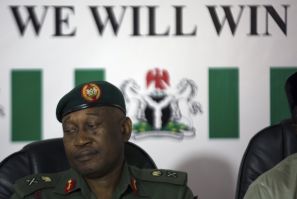 Nigeria Has Little To Show For Trillions Spent On Security 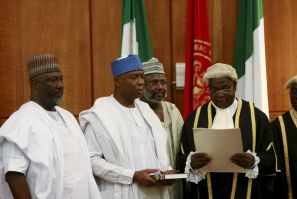 A firestorm erupted on social media after it was reported that Nigerian lawmakers receive a whopping $43 million or 8.64 billion naira to spend on clothes. 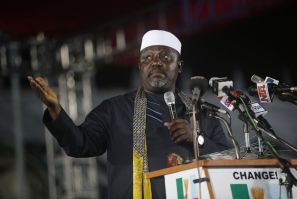 The falling price of oil in Nigeria has meant dwindling revenues for the Nigerian government, and the states, since 2014. 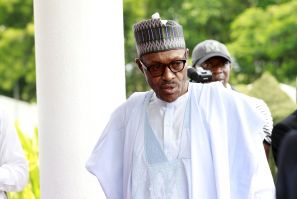 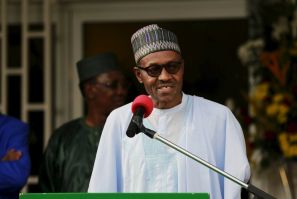 Nigerian President Muhammadu Buhari said it's time to put an end to the Boko Haram crisis once and for all. 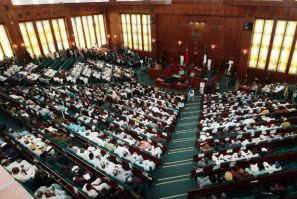