A storm is any disturbed state of an astronomical body's atmosphere, especially affecting its surface, and strongly implying severe weather. It may be marked by strong wind, thunder and lightning (a thunderstorm), heavy precipitation, such as ice (ice storm), or wind transporting some substance through the atmosphere (as in a dust storm, snowstorm, hailstorm, etc).

Storms are created when a center of low pressure develops, with a system of high pressure surrounding it. This combination of opposing forces can create winds and result in the formation of storm clouds, such as the cumulonimbus. Small, localized areas of low pressure can form from hot air rising off hot ground, resulting in smaller disturbances such as dust devils and whirlwinds.

The Formula One star made his feelings clear about contract negotiations.

Not only will the Italian magazine Chi publish a 26-page spread of the now infamous Kate Middleton photos, the editors have announced that they?ll run fifty photos of the Duchess of Cambridge. Chi magazine also purports it?s in possession of over 200 photographs of Middleton topless. William reportedly told friends he wants to see the paparazzi arrested.

Innocence Of Muslims: Protesters Storm US Embassy In Yemen

An angry mob protesting against a controversial anti-Islam film stormed the U.S. Embassy compound in Sanaa, Yemen's capital, on Thursday.

Tropical Storm Nadine is expected to become a hurricane later Wednesday night or early Thursday morning as it churns in the Caribbean, according to the National Weather Service.

Britney Spears tried her best to learn the moves of South Korean pop star Psy, on "The Ellen DeGeneres Show" earlier this week.

In a match that lasted four hours and 54 minutes, Murray became the first tennis player from the U.K. to win a title since Fred Perry in 1936.

‘Once Upon A Time’ Season 2 Spoilers: Regina Is Confronted In New Trailer [VIDEO]

When "Once Upon A Time" returns for its second season on ABC, the town of Storybrooke is going to be filled with a lot of drama. A new promo video for the upcoming season shows that magic is going to once again be a major factor in their lives.

The National Weather Service issued a severe weather advisory for much for the Northeast on Saturday as a tornado touched down in Queens, New York. Flooding was reported in Queens, while parts of New England braced for the storm.

The Yangtze River, the third longest river in the world, sometimes called the "golden watercourse," mysteriously blushed for the first time on Sept. 6. Residents in the surrounding area near the city of Chongqing, where the Yangtze connects to the Jialin River, literally stopped in their tracks when they noticed their once golden river had turned a shocking shade of red. For photos of the once golden river, check out the pictures in the photo gallery.

Historians in Alabama have found a mysterious shipwreck that washed ashore after Tropical Storm Isaac passed through the area. Large remains of a wooden ship were found on the beach after Isaac wrestled the wreck from the ocean’s grip. 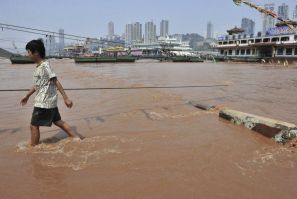 Chinese River Turns Red, And Nobody Is Quite Sure Why

A stretch of China's Yangtze River has mysteriously turned red around the city of Chongqing. Officials are investigating the river's transformation, as nobody is quite sure what caused it. The river began turning the color of a nice marinara sauce on Thursday. 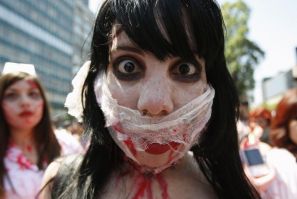 The Department of Homeland Security jokingly issued a warning to people in the path of a disaster to prepare as though there's a zombie apocalypse on the horizon. The warning comes in the wake of the cannibal attacks earlier this summer and Hurricane Isaac. 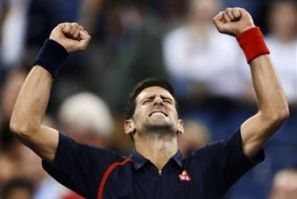 The No. 2 seed outlasted Juan Martin del Potro in a five-set marathon. 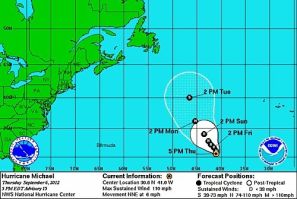 Hurricane Michael is losing strength in the middle of the Atlantic Ocean as it was downgraded to a Category 2 storm Thursday night.

“Assassin’s Creed” has always incorporated swift and acrobatic combat into its gameplay mechanics, and the upcoming “Assassin’s Creed 3” release looks even more fluid. However, a recent YouTube video brings the energy out of the game and into real-like parkour.