The 5G capabilities of the new iPhone 12 is expected to be a key piece of Apple's unveiling event.

A hollow release slate and massive drops in attendance have contributed to AMC's financial woes.

Trump boasted about his condition after his bout with COVID-19 during his first rally in Florida since diagnosis.

The Interior Ministry said authorities can use firearms to break up protests, if necessary, on top of the riot gear already deployed.

Exhibitors Hammer Disney After Moving 'Soul' From Theaters To Disney+

Pixar's latest film will now release digitally on Dec. 25 instead of its original theatrical date of Nov. 20.

One of the suspects was allegedly in contact with other militias seeking aid in their plot to kidnap Whitmer and overthrow the state government.

Harold Tischler was arrested on charges stemming from the assault of at least one reporter covering the anti-lockdown protests in Brooklyn.

Matthew Dolloff is being held on suspicion of first-degree murder for the shooting and was one of multiple guards contracted by a local news outlet to work security for staff covering the dueling...

The Irish airline ordered 135 737 MAX planes from Boeing before they were grounded following fatal crashes in 2018 and 2019.

The drug could serve as a stopgap measure until a proper coronavirus vaccine is ready to act as a long-term solution.

Heavy rainfall and strong winds are expected to endure for most of the weekend, with the latter possibly leading to isolated tornados.

The suspects had ties to a Michigan-based militia and was allegedly in contact with other, out-of-state militias seeking aid in the plot.

Unions organized strikes and protests in opposition to the "omnibus law" designed to encourage foreign investment, which critics said infringe on workers' rights.

A Tired Gulf Coast Prepares For Hurricane Delta To Hit

Louisiana was in a state of emergency as coastal communities prepared for another storm to make landfall during a busy 2020 Atlantic storm season.

Fellow tech giants like IBM and Mozilla are backing Google while media outlets and the Trump administration support Oracle.

Three trials conducted over the summer all yielded encouraging results in patients with mild- to moderate-cases of coronavirus.

Hurricane Delta Hits Yucatan On Way To US Gulf Coast

Flash flooding and a dangerous storm surge is forecast to hammer southeastern Mexico before the storm enters the Gulf of Mexico.

Trump's campaign insists the president is healthy and will be able to attend the next presidential debate. 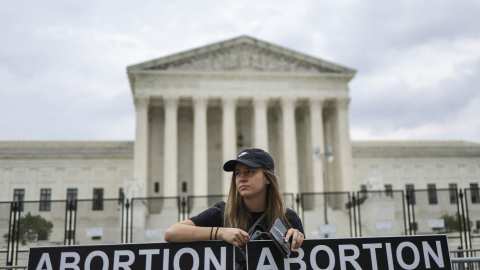 Sudan gears up for mass protest against generals

Ketanji Brown Jackson To Be Sworn In As First Black Woman On U.S. Supreme Court

Ketanji Brown Jackson is set to be sworn in on Thursday as a U.S.

As Jan. 6 Hearings Portray An Unhinged Trump, DeSantis May Be Biggest Winner