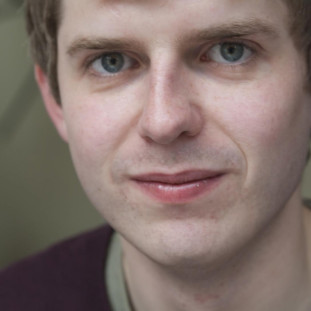 The new monitors can plug directly into the 12-inch MacBook without extra adapters, the first to do so.

From game controllers to notepads, a rundown of the best gifts to give someone who can't put their iPad down.

Tim Cook says in a "60 Minutes" interview that the iPhone maker pays more in taxes than any other U.S. company.

The company's technology can capture handwriting from a variety of sources, and a new mobile app promises to streamline the process.

The new release, taking advantage of Microsoft's universal app system, means gamers only have to buy once to play on both Windows 10 PCs and mobiles.

The 16 new games add to the 104 initial supported titles at the feature's launch in November.

Internet Of Things Gift Guide 2015: 6 Ideas To Get Started On The Smart Home Of Your Dreams

From a thermostat that can "learn" the best temperature to a camera for pets that dispenses treats.

The QR code, which allows a user to send a thank you note, is a new addition to this year's gift-buying season.

Want to stop your kid from wreaking havoc with his or her new device? Here's how.

The changes beginning Tuesday could help vulnerable users — such as victims of domestic violence — who have legitimate reasons to shield their identities.

Version 10586.29 was pulled from servers after a small number of Lumia 950 users complained the update caused issues.

From the stylus that could break a phone to the map maker that could wreck Google, here's where the tech industry screwed up.

Huawei In America: Budget 'Honor' Smartphone Brand Expected To Launch In US

George Zhao, president of the Honor brand, has said the company will reveal U.S. plans at CES.

Microsoft In 2016: The Scoop On HoloLens, Windows Redstone, Surface Phone And Surface Book 2

The company will be launching a HoloLens developer kit, new Windows 10 updates, and maybe a few surprises.

The changes are set to form part of the next major wave of Windows 10 updates, codenamed "Redstone."

The new update, which is required to continue playing on Xbox Live, contains no new features.

A deal with the U.S. tech giant shows the limits of China's tech protectionism: Either Western businesses help, or the Chinese continue enduring dirty air.

Let's face it, dads love tech but they can be hard to shop for. Here are eight tech gadgets they're sure to love.

The company is offering a voucher with every Surface 3, which can be put towards a stylus or keyboard attachment.

Circa News Is Returning: Sinclair Broadcast Group Acquires Site For $800,000

More than one percent of e-commerce transactions will involve fraud this holiday season. Here's how to protect yourself.

The offer is part of Microsoft's 12 days of deals at its online store.

Republican presidential hopefuls were quick to criticize the president's plan to fight the Islamic State group.

President Obama explained the threat posed to by ISIS terrorists, and his strategy for defeating them.

A rise in default rates has led some experts to point to historical precedent, which suggests a recession ahead.

Authorities are also investigating what Malik was up to in Pakistan and in Saudi Arabia, and whether she radicalized her husband.