Floyd Mayweather Jr. has announced a new opponent for his upcoming exhibition bout in the United Kingdom

Which MMA Promotion Makes The Most Sense For Francis Ngannou?

With Francis Ngannou recently getting released by the UFC, which MMA promotion makes the most sense for the former heavyweight champion?

Dave Bautista, formerly known as Batista in WWE, shares that he had a Manny Pacquiao tattoo covered up.

The World Boxing Council (WBC) is planning on introducing a transgender category in boxing.

Riddick Bowe sees Tyson Fury's biggest weakness as something that his previous opponents have not exploited.

Manny Pacquiao Signs With Rizin, Plans To Strut Wares In 2023

Manny Pacquiao has announced that he has signed with Rizin Fighting Federation to figure in a boxing exhibition match.

With yet another run-in with the law, Gervonta Davis' in-ring career continues to be overshadowed by his legal troubles.

Ranking The Best Boxing Fights Of 2022

2022 was a pretty solid year for boxing, which produced a number of unforgettable bouts in the ring.

Canelo Alvarez Gets Life-Sized Statue In His Hometown

Canelo Alvarez's body of work inside the ring gets cemented in the form of his own statue.

Look Back At The Life Of The Legendary Mills Lane

The International Business Times takes a look back at the life and legendary career of boxing referee Mills Lane.

Manny Pacquiao and Nedal Hussein finally spoke to one another about their now-questioned October 2000 encounter.

An Olympic boxer has been arrested for allegedly planning a mass shooting at a gym in Florida.

Bobby Fish traded his wrestling boots for boxing gloves and scored a second-round stoppage in his professional debut. 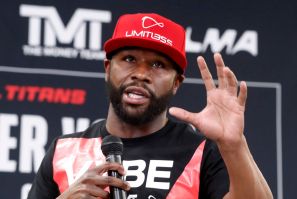 Mayweather Gets Black Eye As Remembrance In Exhibition

Floyd Mayweather put on a show against Deji but came out of the boxing match with a black eye. 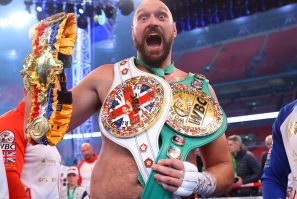 Sylvester Stallone has offered heavyweight boxing champion Tyson Fury a role in the next "Expendables" movie. 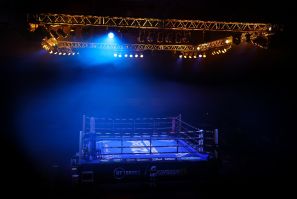 A Kazakh boxer has been placed in a medically induced coma after undergoing surgery following a KO loss. 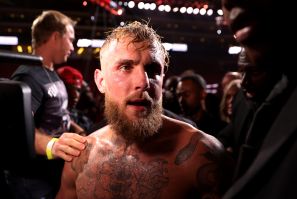 Jake Paul has made it known that his beef with Dana White is not over by any means. 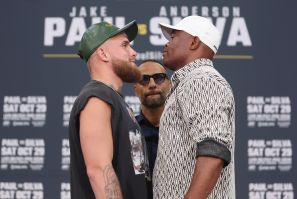 Jake Paul is putting everything on the line when he fights Anderson Silva. 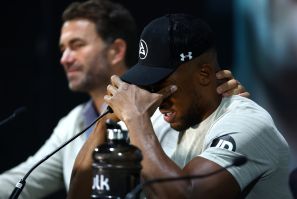