The two stars had coffee together in London over the weekend.

"I went nuclear. I don't do Faust. Who the f--k do you think are?" Courtney Love said.

Aside from turning heads, Florence Pugh also responded to trollers who made comments on her see-through outfit.

"Babylon" is helmed by director Damien Chazelle and is slated to release this Friday.

Angelina Jolie said she will be "working now with organizations led by people most directly affected by conflict, that give the greatest voice to them."

Brad Pitt and Ines de Ramon are dating but are in a non-exclusive relationship, according to reports.

Margot Robbie previously revealed that her kissing scene with Brad Pitt in their new film "Babylon" was not part of the script.

"This opportunity might never come up again," Margot Robbie said about improvising the kissing scene with Brad Pitt.

Brad Pitt and Ines de Ramon have reportedly been going out for a few months already, and he's reportedly really "into" her.

Jennifer Aniston and Justin Theroux were previously married from 2015 to 2017.

Jennifer Aniston On Public's Obsession With Her Personal Life, Marriage

Jennifer Aniston opened up about writing an op-ed in 2016 to shut down rumors that she was pregnant.

Jennifer Aniston addressed rumors that her "selfish" decision to not have kids led to her divorce from Brad Pitt.

Emily Ratajkowski Is 'Enjoying The Freedom' Of Being Single And Unfiltered

Emily Ratajkowski talked about the benefits of being single "for basically the first time in my life" in a new interview. 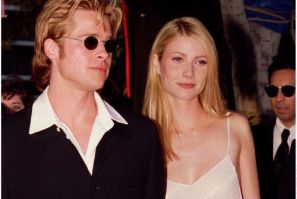 Gwyneth Paltrow Opens Up About Her Friendship With Ex Brad Pitt

Gwyneth Paltrow and Brad Pitt called off their engagement in 1997 after three years of dating. 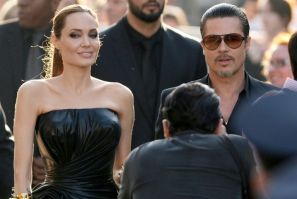 Angelina Jolie has been compared to Amber Heard after the former filed a countersuit against Brad Pitt, alleging that he physically and emotionally abuse her and their kids. 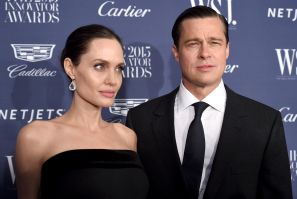 Amid his intense legal battles with his estranged wife Angelina Jolie, Brad Pitt turned his "misery" into art. 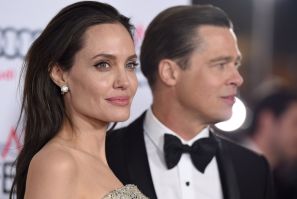 Angelina Jolie reportedly penned the email ahead of her decision to sell her stakes in the Chateau Miraval Winery. 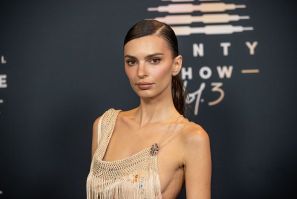 Emily Ratajkowski said she is currently "enjoying her freedom."

Emily Ratajkowski Seemingly Comes Out As Bisexual On TikTok

Emily Ratajkowski appears to have come out as bisexual in a TikTok video she shared Monday.

Brad Pitt's lawyer spoke on his behalf and said he would not own up to anything he didn't do.
Latest news
Angelina Jolie 'Rehashing The Same Thing' In New Allegations Against Brad
Brad Pitt 'Still Single' Amid Emily Ratajkowski Dating Rumors
15 Famous Celebrities Who Cheated On Their Partners
Brad Pitt Worried Angelina Will Badmouth Him To Kids If He's Dating: Report
What's The Real Score Between Brad Pitt And Emily Ratajowski?
EDITOR'S PICK