Iraq's central government closed Thursday what has proven to be a disappointing two-day oil and gas lease auction sale that emphasized oil and gas exploration.

The U.N. Security Council is to meet Sunday afternoon to discuss the Houla massacre in Syria, diplomats said.

As Europe prepares to get its hands on the Samsung Galaxy S3 on May 29, the U.S and Canada have only been given a tentative summer release date. However, an ad spotted by MobileSyrup has revealed that the phone will be released in Canada on June 20, with pre-orders starting now.

Millions of people have pre-ordered the Samsung Galaxy S3; eagerly awaiting its release on May 29, but various reports suggest that the phone has already been released in Dubai.

The 2,080-foot Tokyo Skytree, the world's tallest freestanding tower, opened to the public on Tuesday.

Ayrault By Any Other Name: New French PM Is A Vulgar Term In Arabic

Virgin Atlantic Clears Cell Phone Usage For Takeoff, But It Will Cost You

If the Sir Richard Branson ice cubes aren't enough, Virgin Atlantic is giving travelers another reason to choose their airline - cell phone use has been cleared for takeoff by the company. The downfall? It will cost you.

The Pakistani government is considering reopening its Afghan border to NATO troop supplies, ahead of the military alliance's summit.

The wicked little Juke-R ? the unholy offspring of a Nissan Juke mated to GT-R engine ? can tear up the track at speeds up to 160 mph and recently starred in its own noir themed movie ?Desert Nemesis? as it faced off under the able hand of driver Lucas Ordonez against Dubai racing master Salah Salahuddin?s stable of supercars. And now Nissan says the car will be available to buy ? as least if you?re super-rich.

Aishwarya Rai Bachchan?s Baby: Beti B Did Not Appear On 'Oprah?s Next Chapter'

All hopes of seeing Aishwarya Rai Bachchan's Beti B on Oprah Winfrey's Next Chapter are dashed. When Winfrey visited India to film an episode of her new show there were rumors that the American chat show queen will introduce the smallest member of the Bachchan's family to the world on her show. There were also rumors that along with Beti B's debut, her name too would be revealed on the show.

Abandoned Ferrari in Dubai Worth $1 Million Up For Auction [PHOTOS]

Last August, someone abandoned a Ferrari Enzo worth $1 million in Dubai will be up for auction by police on Wednesday along with 22 other supercars and luxury vehicles.

A senior member of the House Foreign Affairs, Rep. Dana Rohrabacher, said he was denied entry into Afghanistan because of his criticisms of the Karzai administration.

Syria is trying to sell gold reserves to raise revenue as Western and Arab sanctions targeting its central bank and oil exports begin to bite, diplomats and traders said.

So far so true! And it feels good that Samsung has sent out the London invites for the launch of the successor of Galaxy S2 flagship model - Galaxy S3. Check out the top 10 latest rumors on Galaxy S3.

The Samsung Galaxy S3 may be one of the most anticipated smartphones of 2012, competing closely with the Apple’s upcoming iPhone 5. The Korea-based company just released its official launch event on May 3rd, heightening excitement and speculation among fans.

At a time when the tech world is eagerly waiting for the Samsung Galaxy S3 smartphone, a new report surfaced saying that Samsung's upcoming flagship phone will be a relatively minor update from the Galaxy S2, with a speed boost and eye-tracking among the upgrades. 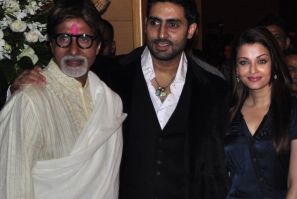 Aishwarya Rai Bachchan is all set to attend the Cannes Film Festival red carpet in May with other Bollywood celebrities. 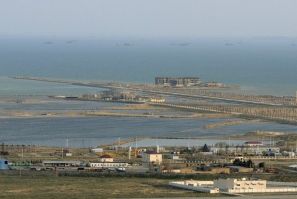 Azerbaijan plans to build the world's tallest building 3,645 feet high thanks to its vast wealth amassed from its oil revenues.

Dubai Group, part of the investment vehicle headed by Dubai's ruler, has proposed a new solution to its $10 billion debt problem, sources said, reviving talks that stalled more than two months ago.

It seems that actress Aishwarya Rai Bachchan is not in a hurry to return to silver screen and mystery still surrounds her future career moves. However, according to some recent reports, the actress is slowly taking up tiny projects post delivery. 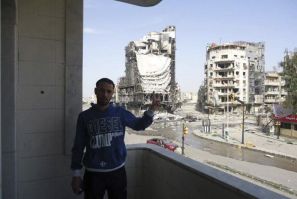 Syria was due to observe a ceasefire from dawn Thursday, but its fierce attacks on opposition neighborhoods in the run up to the U.N. deadline fuelled widespread doubts it would comply. 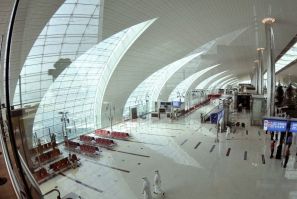