William Bradley "Brad" Pitt (born December 18, 1963) is an American actor and film producer. He has been cited as one of the world's most attractive men, a label that entices the media to report on his off-screen life. Pitt has received two Academy Award nominations and four Golden Globe Award nominations, winning one.

Kirk Douglas Dead? False Rumors Say The 95-Year-Old Actor Had Died After News He Will Donate $10M To Skid Row In Los Angeles

The actor Kirk Douglas is alive despite a rumor that picked up steam around the Internet Thursday. This fake news comes in the wake of Douglas’s announced that he would double the $5 million donation to Los Angeles’ Skid Row.

Digital Domain Media, the company that created the Tupac Shakur hologram from the 2012 Coachella festival, has filed for Chapter 11 bankruptcy.

Move over, Heidi Klum. Emma Watson has just dethroned you as the most dangerous celebrity to search for on the Internet, according to anti-virus software maker McAfee.

Angelina Jolie visited a Syrian refugee camp on the Jordanian border on Tuesday, and listened to the stories of several of the newest arrivals. The UN said there are about 2,000 people crossing the border from Syria every day.

The tabloids have always loved Brad Pitt and Angelina Jolie, but the gossip fire is raging again after Pitt confirmed that the couple still plans to get married. After the two stars announced their engagement in April, fans wondered when the big ceremony would take place. During a recent interview, Pitt told reporters that despite the delay, he still plans to wed Jolie.

Morgan Freeman is not dead, despite a report that originated on Facebook earlier this week. A Morgan Freeman impersonator, though, did read aloud from the book "50 Shades of Grey."

Eddie Murphy Dead? No, The Actor Is The Latest Celebrity Victim Of A Death Hoax

Despite reports surfacing Friday that Eddie Murphy was killed in a snowboarding accident in Switzerland the actor is alvie and well. His supposed death has been said to have taken place dozens of times throughout his career.

Naomi Campbell’s Turkish island house was given as a gift to the star nearly a year ago in September, but the supermodel hasn’t always lived such a lavish life. It was recently reported that while Campbell was growing up, her mother was pushed to sell her home in order to pay for her daughter’s stage school.

From Willow Smith To Vivienne Jolie-Pitt - Is Nepotism Out Of Control In Hollywood?

Walt Disney Studios (NYSE: DIS) confirmed to Us Weekly on Wednesday that Vivienne Jolie-Pitt, the 4-year-old daughter of Hollywood power couple Angelina Jolie and Brad Pitt, is making her big-screen debut in "Maleficent," a live-action "Sleeping Beauty" reboot that stars her famous mom in the title role.

While it may not be on par with news about fellow Canadian Justin Bieber, the newly announced Avril Lavigne/Chad Kroeger engagement has fans excitied on both sides of the border. Canadians will be even more proud now that video has surfaced of a young Avril playing hockey as a child.

Angelina Jolie has put her foot down.The A-list actress and her soon-to-be husband Brad Pitt are reportedly refusing to give anymore interviews to the "Today" show unless ousted host Ann Curry is the interviewer, according to RadarOnline.

Angelina Jolie and Brad Pitt have another star in their house. It's reported that four-year-old daughter Vivienne Jolie-Pitt has landed the role of Princess Aurora in the upcoming "Sleeping Beauty" retelling, "Maleficent."

How Does Jennifer Aniston?s Engagement Ring From Justin Theroux Compare to Brad Pitt?s?

Jennifer Aniston continues her modest streak by shielding her new sparkler from the public eye, but we just can't help but to compare her newest bauble from fiancé Justin Theroux to the one she received from ex husband Brad Pitt in 1999 -a courtship that now seems to have occurred eons ago.

Ridley Scott is halting production of his next film, "The Counselor," in the wake of his brother Tony Scott's death.

Tony Scott, director of hit Hollywood films, such as "Top Gun," "Beverly Hills Cop II" and "Days of Thunder," died after he jumped off a bridge in Los Angeles on Sunday afternoon, reports said.

Doesn't Kristen Stewart look like a cheater? The following is a list of the top ten notorious celebrity cheaters.

Although tabloids have been consistently declaring for years that Jennifer Aniston is engaged, it's finally true. On Friday, boyfriend Justin Theroux popped the question to Aniston, his beau of over a year.

Jennifer Aniston is finally going to hear the sweet sound of her own wedding bells as multiple sources are reporting that the former "Friends" star is engaged to boyfriend Justin Theroux.

Chris Marker, the experimental filmmaker behind movies such as "La Jetee" and "Sans Soleil," died on Monday at the age of 91. 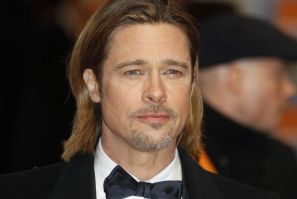 Brad Pitt Dead After Snowboarding Accident? No, Actor Is The Latest Victim Of Celebrity Death Hoax

Brad Pitt dead? No, the actor was not killed in a snowboarding accident -- he's just the latest victim of a celebrity death hoax. 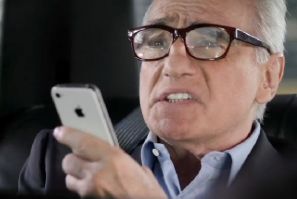 Siri Chats Up Martin Scorcese: 30 Celebrities That Need Their Own Apple iPhone Commercials

On Monday, Apple released its newest commercial for the iPhone 4S -- the first smartphone to feature Apple's AI assistant -- with Martin Scorcese as the company's latest spokesman. If Apple plans to do more commericals with these Hollywood types, we've got a few great ideas on who should be picked next, and why.

New York artist Danny Evans of Planet Hiltron was fed up with the celebrity way of life -- spending boatloads of money on their appearances -- and wanted to shed the celebrity of the glitz and gold, showing key players like like Angelina Jolie, Kim Kardashian, Kanye West, Rihanna, Madonna and Johnny Depp as raw, “real people in his photos series Celebrity Make Under. 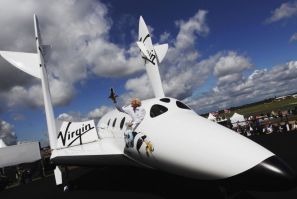 Sir Richard Branson announced Wednesday, with typical bravado, that he and his adult children would pave the way for future space tourists as the first passengers on the SpaceShipTwo (SS2), part of his U.S.-based Virgin Galactic program, which is set to have its inaugural launch next year. 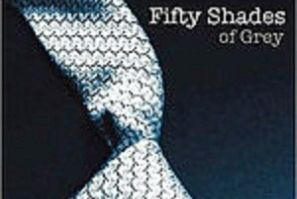 Christian Grey Composite: Is It Hot Or Freaky?