A member of Germany’s parliament posted a picture of the refugee in the trunk of his car on Facebook.

Athens was offered debt relief beginning in 2018 if that is necessary to meet agreed criteria on its payments burden.

Eurozone countries are expected to approve the loans, but Athens is unlikely to get debt relief because of the bloc’s differences with the International Monetary Fund.

Economic output shrank by 0.4 percent in the first quarter, and the country hopes to return to growth in the second half after years of recession.

Finance ministers from the 19-nation eurozone will meet Monday to find common ground between Athens and its international creditors.

Nearly 15,000 people protested tax hikes and pension cuts, which Greece will implement in exchange for another bailout.

The talks between Greece and its lenders resume Monday even as the IMF said it was a “good distance away” from agreeing on the terms of the third bailout.

Greek leaders on Saturday sought an explanation from the International Monetary Fund after a WikiLeaks release about the country's financial crisis.

More than 41,000 refugees and migrants are stranded in Greece, their plans to travel north blocked by border shutdowns throughout the Balkans.

The International Monetary Fund wants Greece to introduce additional spending cuts worth $2.75 billion before signing off on a third bailout.

The lenders will start a review Monday of the progress Greece has made in implementing economic reforms it pledged under a massive bailout deal finalized last year.

"There was an agreement on all the milestones ... whatever was required," Greek Finance Minister Euclid Tsakalotos said early Tuesday. The deal would unlock $12.8 billion in aid to the cash-strapped nation.

The Greek state-owned bailout fund will supply at least $11 billion in aid to the country's four largest banks through purchase of convertible bonds and shares.

Greek Banks Have Capital Shortfall Of $15.85B, ECB Reports

Although the banks are currently being kept afloat by access to money through the eurozone monetary system, there is a rush to get recapitalization completed.

A new Greek parliament was sworn in on Saturday, and the debt-racked eurozone country faces immensely unpopular measures to free up more aid. 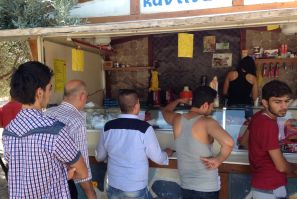 The Refugee Economy In Greece: Profit In Loss

Many Greeks aren't happy with the flood of refugees arriving on their shores, but some are using the new arrivals to their advantage. 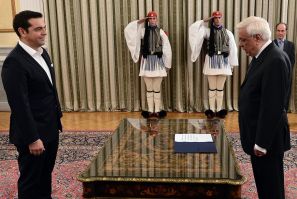 This election victory may have been more important than Syriza's first, but party leaders are under no illusions that Greece's problems will be resolved swiftly. 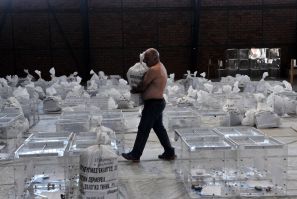 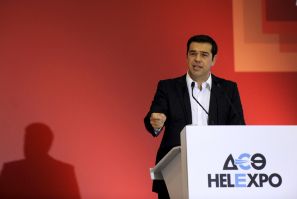 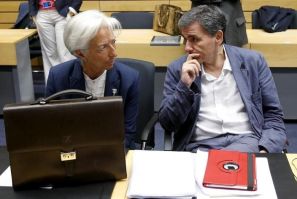 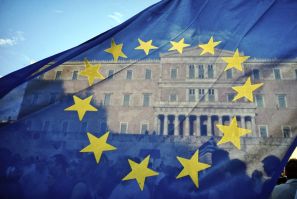 Political parties trying to form a new government have made no progress. 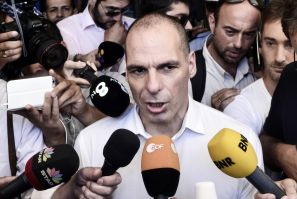