Hollywood is a neighborhood in Los Angeles, California - situated west-northwest of Downtown Los Angeles. Due to its fame and cultural identity as the historical center of movie studios and movie stars, the word "Hollywood" is often used as a metonymy  of American cinema, and is often interchangeably used to refer to the greater Los Angeles area in general. The nicknames StarStruck Town and Tinseltown refer to Hollywood and its movie industry. Today, much of the movie industry has dispersed into surrounding areas such as the Westside neighborhood, but significant auxiliary industries, such as editing, effects, props, post-production and lighting  companies remain in Hollywood, as does the backlot of Paramount Pictures.

Many historic Hollywood theaters are used as venues and concert stages to premiere major theatrical releases and host the Academy Awards. It is a popular destination for nightlife, tourism, and is home to the Hollywood Walk of Fame.

No Football Movie Has Grossed More Than 'The Blind Side'

"The Blind Side," which was released in 2009, is the highest grossing football movie of all time with a worldwide box office of $309 million.

Though 'Mad Men' broke new dramatic ground in season 5, and has clearly established itself as an Academy favorite, one thing it can't count on is the pathos vote.

Former child star and vehicular menace Amanda Bynes has finally gotten the memo to put down her car keys, it seems. After having her license suspended following a DUI arrest (in addition to two other hit-and-runs) Bynes appears to have hired a chauffeur.

While the mass amount of zombie apocalypse stories that have dominated recent headlines are not convincing many people of the actual existence of the species, the Security firm HALO Corp. has decided to not take any chances.

The gang is getting some star power this season. Puffy Daddy, I mean Puffy...no sorry, P. Diddy, or is it just Diddy...Whatever name he may be going by today, Sean Combs, rapper and jack of all trades, will be guest starring in the upcoming eighth season of "It's Always Sunny In Philadelphia."

The Toronto International Film Festival concluded on Sunday and the People's Choice Blackberry Award went to "Silver Linings Playbook," starring Bradley Cooper and Jennifer Lawrence. Since it's debut at the festival, the film has earned rave reviews and generated considerable Oscar buzz.

The big winner at the box office this weekend was ?Resident Evil: Retribution,? although the real story might be the success behind the debut of ?The Master,? which starred Joaquin Phoenix and Philip Seymour Hoffman.

Mandy Patinkin's Regret For 'Criminal Minds' Reminds Fans That, For Actors, A Show Is A Job

No one will accuse Mandy Patinkin of not telling fans what he really thinks. During a recent interview with New York Magazine the former ?Criminal Minds? actor opened up about his disdain for that show, saying he considers it one of the main flubs in his entire career. Patinkin's regret evaporated when he signed on to work with Claire Daines in "Homeland."

"Twilight" star Kristen Stewart may have never cheated on Robert Pattinson at all. A new video has hit the web that analyzes the now-infamous photos of Stewart and Sanders in a passionate embrace. It alleges that the photos were doctored and that Stewart, Pattinson, Sanders, and Sanders' wife, Liberty Ross, all orchestrated a publicity stunt to further their careers.

Hollywood stars have been getting in trouble with the law for decades and artist Michael Jason Enriquez searched through 1920 mugshots and matched them with their celebrity doppelgängers.

Kirk Douglas Dead? False Rumors Say The 95-Year-Old Actor Had Died After News He Will Donate $10M To Skid Row In Los Angeles

The actor Kirk Douglas is alive despite a rumor that picked up steam around the Internet Thursday. This fake news comes in the wake of Douglas’s announced that he would double the $5 million donation to Los Angeles’ Skid Row.

The news that Jerry "The King" Lawler collapsed from a heart attack Monday night scared not only his close friends and family, but the fans that have supported the former wrestler and current WWE commentator throughout his career. To those outside the world of wrestling, Lawler might be best remembered for his friendship with comedian and Hollywood enigma Andy Kaufman in the 1980s, when the two had a very public - and very fake - feud. 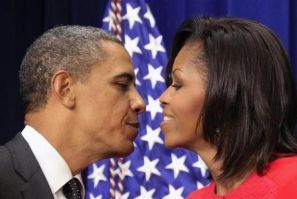 The "Fifty Shades of Grey" phenomenon has taken the world by storm. In a recent interview with Entertainment Tonight, President Barack Obama was asked to offer his take on the raunchy novel. Though the book was just bumped from the top spot of the bestseller list by "No Easy Day," the hype surrounding the book isn't expected to fade anytime soon. The highly anticipated film version of the E.L. James shocker continues to have many buzzing. 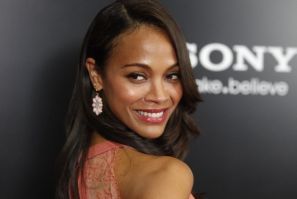 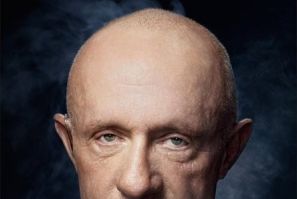 Ben Schwartz will be reprising his role as Jean-Ralphio on "Parks and Recreation" in the shows upcoming fifth season. The series will also introduce Jonathan Banks ("Breaking Bad") and Glenne Headly as Ben Wyatt's (Adam Scott) parents. 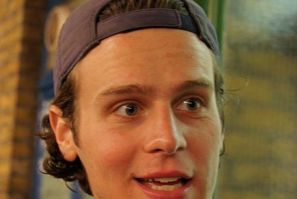 Jonathan Groff And Zachary Quinto Dating, Quinto Confirms In Interview With Out Magazine

After months of tabloid speculation Zachary Quinto confirmed that he was dating Jonathan Groff during a recent interview with Out Magazine. The October cover story has the actor gushing over his new boyfriend. 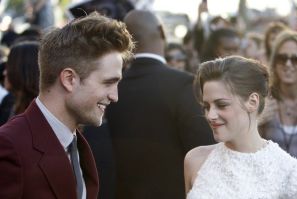 Robert Pattinson And Kristen Stewart Back Together? Reconciliation Rumors Surface

Kristen Stewart may have been caught cheating on Robert Pattinson with her "Snow White and the Huntsman" director Rupert Sanders, but that doesn't mean it's over for good. According to reports, the "Breaking Dawn: Part 2" stars may be back together. Based on statements made by Stewart at the Toronto Film Festival and the fact that she continues to wear Pattinson's clothes, it's safe to say there's some merit to the speculation. 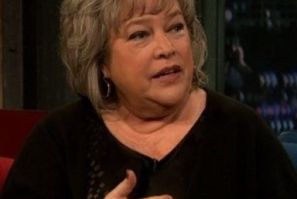 Kathy Bates Has Double Mastectomy After Diagnosed With Cancer: 'I Don't Miss My Breasts As Much As I Miss Harry's Law'

Kathy Bates has had to battle cancer for a second time after having to undergo a double mastectomy after being diagnosed with breast cancer nine years after she surviving ovarian cancer, People reported.
Latest news
Seth MacFarlane To Host 'SNL;' Will He Sink Or Swim?
Sam Bacile And His Low-Budget Anti-Muslim Movie: Is It All A Hoax?
Tupac Hologram Creator, Digital Domain, Files For Bankruptcy After Laying Off 320 Employees [VIDEO]
10 Places In Canada Every Canadian Should See Before They Die
Trade Magazines Struggle To Stay Relevant: Why Digital May Not Be The Only Answer
EDITOR'S PICK