The iPad is the second tablet computer developed by Apple Inc., after the Newton. Announced on January 27, 2010, it is part of a device category between a smartphone and a laptop computer. Similar in functionality to a larger and more powerful iPhone or iPod touch, it runs a modified version of the same operating system (iPhone OS),  with a user interface redesigned to take advantage of the larger screen.

Having trouble downloading and installing iOS 11 on your iPhone or iPad? Find out how to fix problems like verifying update, unable to install and more, here.

How To Downgrade iOS 11 Public Beta, Restore iOS 10 On iPhone, iPad and iPod

Want to downgrade the iOS 11 public beta or iOS 11 developer beta 2 to iOS 10? Check out our simple instructions for removing the buggy beta and restoring older Apple firmware on your iPhone, iPad or iPod

iOS 11 Beta 1 was released Monday, June 5 at the WWDC 2017 Kick off. Find out how to download and install Apple's latest mobile operating system beta on your iPhone, iPad, or iPod

Apple just introduced a couple of new products this Tuesday, and it also let go of some of its previously existing ones. For instance, the 32GB model of the iPad mini 4 is no more.

Apple is refreshing its tablet lineup with a new mid-range iPad that's aimed towards budget and general buyers.

Apple fans and phone enthusiasts alike are looking forward to this Friday, the day Apple will finally release its all-new iPhone 5 out into the wild. With pre-orders for the new iPhone selling out in record time, users can't wait to get their hands on all the new features the iPhone 5 has to offer. The iPhone 5 is the first Apple device to run on the company's custom-built A6 chip, which is 22 percent smaller than the A5 and A5X chips found in the iPad 2, iPad 3, Apple TV 2 and iPhone 4S, ...

iOS 6 Release Date Is Almost Here: Why Apple Maps May Lose To Google, Other Features To Look Out For

Apple will begin its official rollout of iOS 6 on Wednesday, just a couple of short days before the release date of its recently revealed iPhone 5. The next-generation operating system boasts a host of new features for iOS devices, but one crucial flaw may have some users considering a switch to Android.

As the world keenly watches the next-round of the tablet war with Microsoft and its longstanding partners gearing up to launch the tablets that run on Windows 8 OS and Apple designing the launch of a smaller version of iPad in the same month, rumors are rife that Microsoft's hardware partner Asus has priced the Vivo Tab RT model at $599.

During the unveiling of iPhone 5 in San Francisco last week, Apple announced that the latest version of its mobile operating system, iOS 6, would be made available for all the supported devices, including iPhone 4S, iPhone 4, iPhone 3GS, iPod touch 4, iPad 3 and iPad 2 Sept. 19.

Apple iOS 6 Release: A Complete Guide To The 200 New Features

At Apple's media event in San Francisco on Wednesday, the Cupertino, Calif.-based computer company announced the newest mobile operating system for iPhone, iPad and iPod -- also known as iOS 6 -- will be released as a free update to iOS users two days prior to the launch of the iPhone 5, on Wednesday, Sept. 19. The iPhone 5 will release this Friday, Sept. 21. There are more than 200 new features coming to iOS 6. Here, we do our best to outline all of the biggest features right here for you. A...

The Windows 8 release date is nearly here, and Microsoft has just sent out invitations to a press event that is likely to detail the operating system?s new features. The company has been developing its new OS for quite some time, and now the upgraded software is finally ready for its official public unveiling.

Microsoft is venturing deeper into the mobile industry with its upcoming Surface tablet, set for an Oct. 26 release date along its next-gen operating system, Windows 8. The official price for the Surface tablet still remains a mystery, but Microsoft CEO Steve Ballmer has shared some insight as to the role of cost when it comes to determining a device?s quality.

Since 2001, every iPod, iPhone and iPad has come with a pair of Apple's signature white earphones, "the earbuds." For three years, Apple set out to create a speaker that was comfortable, secure, and provided one of the best audio experiences around. They were three years well-spent: These EarPods are incredible, and they're far superior to any audio experience Apple has created thus far.

Apple?s iPhone 5 has been called one the most anticipated smartphone launch in history, and the device?s pre-order numbers have proven this to be true. After completely selling out in just one hour on Sept. 14, the iPhone 5 set a new pre-order record for both AT&T and Apple. 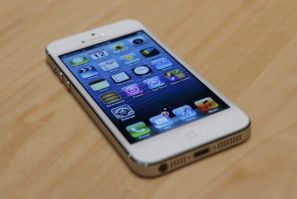 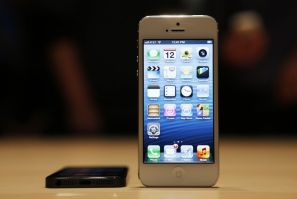 Apple iPhone 5 Release Date Approaches: Of Verizon, AT&T, Or Sprint, Which Is The Best Carrier For LTE Coverage?

Apple's first batch of pre-orders for the new iPhone 5 came and went on Friday, but even though the online Apple Store, AT&T stores and Verizon's retail stores are sold out of their initial pre-order stock, there are still thousands of customers dying to get their hands on Apple's latest smartphone innovation. Yet, one thing customers want to know about iPhone 5 before its release date next Friday is about which carrier to choose. Which carrier has the best overall coverage? Which carri...

A judge at the U.S. International Trade Commission found that Apple hadn?t violated any of Samsung?s patent rights for products designed into the iPhone and iPad product lines. Last month, a jury in U.S. District Court in San Jose, Calif., determined Samsung had infringed upon Apple?s patents and awarded the Cupertino, Calif., company $1.05 billion in compensation. 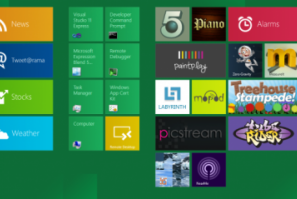 Windows 8 Release Approaches: This Could Be ‘Exactly What Microsoft Needs,’ Developer Says

Microsoft's Oct. 26 release date for Windows 8 is quickly approaching, and fans of the long-time PC software creator have seen some new devices that will utilize the OS. At Berlin's IFA 2012, hybrid laptop-tablet gadgets were unveiled such as the Sony VAIO Duo and the T-Series 13 Ultrabook. 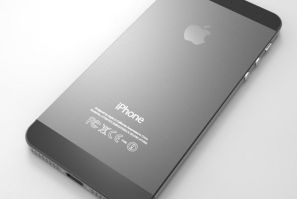 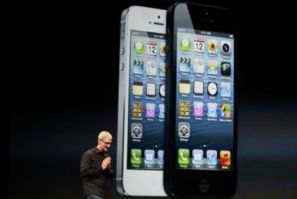 Apple has officially announced the release date for its iPhone 5, which will hit stores on Sept. 21. Preorders for the next-generation smartphone begin on Friday, Sept. 14, but Verizon users may run into some trouble if they wish to keep their unlimited data plan. 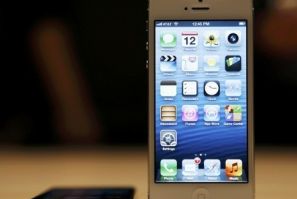 The iPhone 5 has almost everything we expected - emphasis on "almost." The phone has all of the important features we predicted, including the taller and thinner build, the new 4-inch Retina Display with a 16:9 ratio for watching widescreen video, but there were many rumored features that didn't make it into the final product release, including NFC, 3D photography and the self-timing camera. Apple iPhone 5: 11 Features We Wish Were Included In The Final Release
Latest news
Apple iPhone 5 Event: 5 Rumors That Were Proven Wrong At The Release Announcement
Apple EarPods: 3 Major Benefits Of The New Earbuds Redesign, As Explained By Lead Designer Jony Ive [VIDEO]
iOS 6 GM Tethered Jailbreak On iPhone 4 And Other A4-Based Devices Using Updated Redsn0w 0.9.13dev4
An Open Letter To Apple: I Don't Want Your Stinkin' iPhone 5, Or Anything Else. It’s Not Me, It’s You. And We’re Over.
Apple iTunes 11 Unveiled With Dramatic Redesign, Improved iCloud Integration; Release Date In 'Late October'
EDITOR'S PICK