Los Angeles (pronounced /lɔːs ˈændʒələs/ lawss-AN-jə-ləs; Spanish: [los ˈaŋxeles], Spanish for "The Angels") is the most populous city in California and the second most populous in the United States, with a population of 4.06 million on a land area of 498.3 square miles (1,290.6 km2). It is the focal point of the larger Los Angeles-Long Beach-Riverside combined statistical area, which contains nearly 17.8 million people. This makes it the 12th most populous metropolitan area in the world. Los Angeles is also the seat of Los Angeles County, the most populated and one of the most multicultural counties in the United States. The city's inhabitants are referred to as "Angelenos" (/ændʒɨˈliːnoʊz/).

Dwight Howard's Back May be a Concern for the Lakers

Dwight Howard will miss the start of Los Angeles Lakes training camp after having back surgery. When will the L.A. big man return?

Is It Time For Amanda Bynes To Head To Rehab? Lindsay Lohan Would Say 'Yes' After Insulting Bynes On Twitter

Although she has been charged with two hit and run offenses, in addition to being arrested for a DUI, actress Amanda Bynes is not planning on going to rehab anytime soon

What Classic Action Movies Say About The Economy

In the new study, LA teens who had sent racy texts were seven times more likely to be sexually active than those who said they'd never sexted.

Lindsay Lohan isn't too happy that she served jail time in 2010 after multiple driving related arrests but Amanda Bynes hasn't. Lohan took to Twitter to express her disdain for the fact that Bynes has yet to be punished for her DUI and reckless driving. Though Lohan makes a valid point, her post comes after a string of bizarre tweets. The starlet and several other celebs have made a habit of sharing nonsensical musings with the world.

Are Kristen Stewart And Robert Pattinson Moved Back In Together?

There may not be awkwardness at the ' Twilight Saga: Breaking Dawn - Part 2 ' red carpet premiere later this year after all

Lindsay Lohan Calls Out Amanda Bynes On Twitter For Having ?No Punishment(s)?

Lindsay Lohan, who is no stranger to legal drama, called out Amanda Bynes on Twitter following news that her car was impounded on Sunday, admitting that her own punishments were unfair in comparison to the Nickelodeon star's lack thereof.

Kristen Stewart And Robert Pattinson Back Together? Reports Say The 'Twilight' Couple Has Reunited

Our long global nightmare is over. "Twilight" stars and tabloid favorites Kristen Stewart and Robert Pattinson have reconciled, and the couple is getting back together, according to the Sun.

The big winner at the box office this weekend was ?Resident Evil: Retribution,? although the real story might be the success behind the debut of ?The Master,? which starred Joaquin Phoenix and Philip Seymour Hoffman.

Stanford has won four of their last five games against the Trojans.

Kristen Stewart And Robert Pattinson Back Together? Taylor Lautner Reportedly Hopes So, Too

New rumors surrounding Robert Pattinson and Kristin Stewart could be what ?Twilight? fans everywhere have been dreaming of. There have been whispers of the estranged couple getting back together, an event that seems like it could be coming closer to reality. It?d also be a relief for the third wheel in the ?Twilight? franchise, Taylor Lautner who has reportedly been supportive of both Pattinson and K-Stew since the photos of Stewart cheating surfaced earlier this summer.

The filmmaker suspected of making the anti-Islamic movie that has set off violent anti-American protests across the Muslim world was taken in for questioning shortly after midnight Saturday by California authorities. 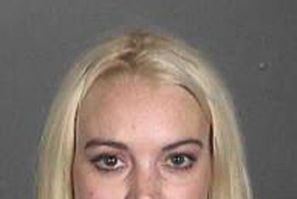 Amanda Bynes has been ordered to stay off the roads by a Los Angeles judge. Bynes has been involved in a number of driving offenses -- including a charge of driving under the influence of alcohol or drugs. She joins Lindsay Lohan and Paris Hilton among the worst celebrity drivers.

Amazing security camera footage has captured several theieves ramming a BMW into an Apple Store in order to steal iPhones. The Apple Store theft occurred on September 6, as the driver slammed his car into the electronics store and an accomplice loaded a bag with phones. 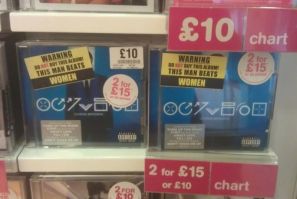 Shoppers looking for Chris Brown's album "Fortune" in HMV stores in London might be surprised to see a warning sticker on the CD. Several copies of Brown's latest album have been covered with advisory stickers reading, "Warning: Do Not Buy This Album! This Man Beats Women." 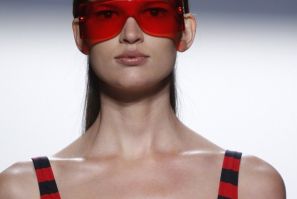 Having gone public almost a year ago in December and since hit $53.55 per-share as of Friday afternoon, Michael Kors went public again on Wednesday, this time with his Spring 2013 collection at New York Fashion Week.

A deal appears to be place for Manny Pacqiao to face Juan Manuel Marquez for the fourth time. 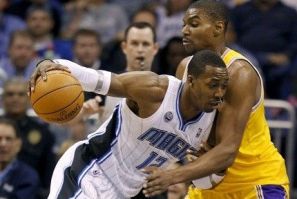