Walmart, Target, and Bed Bath & Beyond have been sued over claims that allege the retailers sold falsely labeled Egyptian cotton linens.

Walmart, Amazon and other retailers are having after Christmas sales for post-holiday shoppers.

A Gift Guide For Teachers

Find out what to get your child’s teacher before winter break starts.

Target is holding its annual 10 percent off in-store gift cards on Sunday.

Save With These Store Credit Cards On Black Friday

Store credit cards are offering better deals and discounts for consumers in 2018 than they did in 2017, according to a survey by WalletHub.

Who Has Better Black Friday Tech Deals? Target Or Walmart

A look at Walmart vs. Target for tech deals ahead of Black Friday 2018.

Lots of retailers will be offering deals on Macs and iPads for Black Friday 2018.

Is Black Friday Worth It?

Is Black Friday really the best day to score gift deals? A Bospar survey shows the shopping habits of American consumers and reveals what day is the best to shop during the holidays.

These retailers will have the best deals on iPhones on Black Friday.

There are plenty of big savings on PlayStation 4 consoles and games this Black Friday.

WalletHub has released a report that shows the average savings a consumer can expect from the most popular retailers on Black Friday.

An Early Look At the Black Friday Sales

Your guide to Black Friday sales at Kohl's, Walmart, Target, and Best Buy.

The original target was in Fort Bragg.

The suspect was arrested on suspicion of invasion of privacy by the Cypress police officers on Wednesday.

An alligator huddled into the corner of a Target parking lot in Jacksonville Beach, Florida.

Could Amazon Buy Target? Prominent Analyst Predicts It Could

A prominent tech analyst is predicting that Amazon will purchase Target in 2018 and suggested the deal could cost more than $40 billion. 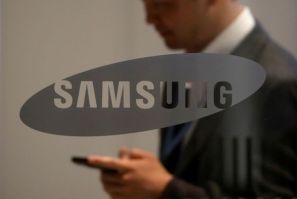 Samsung is not increasing its sales goal for its smartphones division this year. 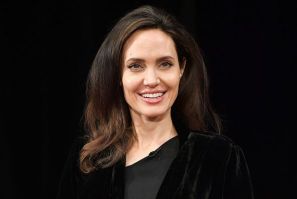 Angelina Jolie’s “secret shopping fix” is not Target and frequenting the place does not mean she is broke. 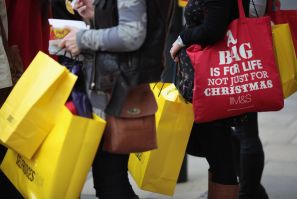 New Year's Day is an official holiday, which could affect shopping.

Around 100 teens wreaked havoc on a Stockton, California mall Tuesday night, with reports of fighting, jumping on cars and setting off fireworks. 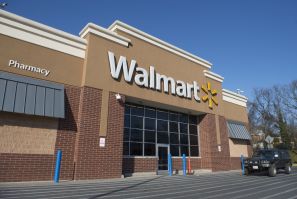 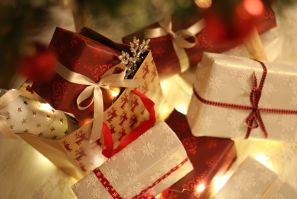 How To Return Gifts To Best Buy, Apple, Amazon, Walmart And Target

Dealing with failed gifts is a time-honored way to spend the days after Christmas. Here are the return policies for the biggest retailers. 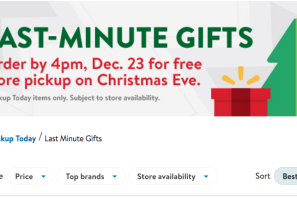 Holiday shoppers looking for last-minute gifts should check out this list of deals from Best Buy, Target and Walmart.
Latest news
Green Monday 2017: Amazon, Walmart, eBay And Target Announce Deals, Promos
Get Discounts On Nintendo Switch Games And Accessories On Cyber Monday
Cyber Monday 2017: Watch Out For These Tech Deals
Electronic Deals From eBay, Target And Walmart On Cyber Monday
Microsoft Xbox One Deals: Where To Save On Consoles, Games On Black Friday 2017
EDITOR'S PICK