Holiday shopping will look different this year due to the current health crisis.

Several retailers have enacted face mask policies for their customers. Here's what stores customers have to wear a mask when shopping there.

The woman streamed the incident at Target and her subsequent arrest on Instagram before they both went viral on Twitter.

Target will offer 750 fresh and frozen grocery items at 400 stores by the end of the month for pickup and drive-up services.

Target has made the decision to close these 24 stores for the safety of its employees.

Men Arrested For Fight Over Masks At A Target Store

The men refused to wear masks despite the city's standing order requiring they be worn to fight coronavirus and broke a security guard's arm during the fight.

As they approached the exit, one of the suspects suddenly turned around and punched one of the employees in the face.

The customer's father said he took his daughter's mask off while in the store because her sensory disorder made wearing it uncomfortable.

Workers from Amazon, Walmart, FedEx, Instacart, Target, and Whole Foods are planning on walking off the job on Friday.

Target will now limit the number of customers inside its stores at one time to help prevent the spread of the coronavirus.

A new report provides what appears to be clear evidence that Apple is nearing the release of its new budget handset expected to succeed the iPhone SE.

Roughly 14,000 infant carriers have been recalled due to strap issues that can result in falling hazards when in use.

Black Friday Sales To Hit $7.5 Billion, Thanksgiving At $4.2B

Surpassing concerns of a trade war and slowdown, the holiday sales kicked into overdrive. According to reports, Thanksgiving online shopping will hit a record of $4.2 billion.

Police said the accused had fled from the store after breaking into a secured case that covered the Apple products and attempted the same at another Target store in Christiana. 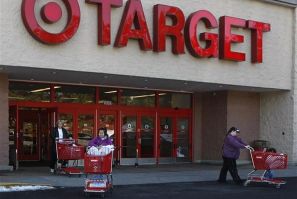 Target Shines While Other Retailers Struggle

Target has released its Q3 earnings report, showing growth in all categories as it heads into the holiday shopping season. 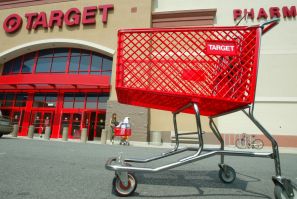 Target is holding a Preview Sale ahead of Black Friday 2019 that starts on Friday.

Amazon needs to look for ways to compete with Walmart and Target's same-day pickup for online orders. 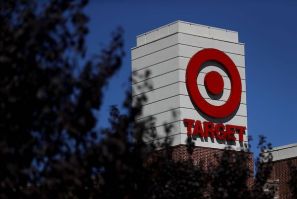 Target To Hire 130,000 Employees For Holidays Amid Tight Job Market

Target might noit find it tht easy hiring all the 130,000 employees it wants for the holidays. 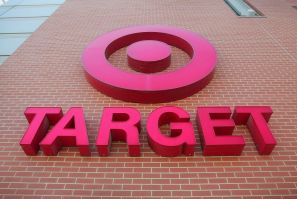