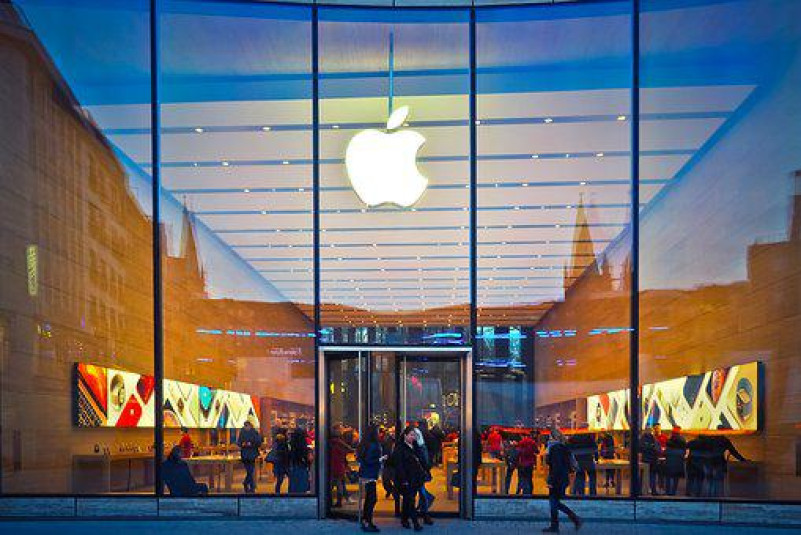 Apple Reality Pro VR Headset To Ship In Fall 2023, What To Know About The Latest Gadget

Apple's mixed-reality headset will debut this spring and begin to ship this fall, according to a Bloomberg report.

A popular opinion suggests Microsoft had plans for a VR platform that uses the Xbox Wireless Headset but was ultimately scrapped for unknown reasons.

If you are looking to buy a VR headset, look no further because we have selected some of the best headsets for you.

Apple's new continuation patent adds more features to an invention it patented earlier this year. This invention is a new pair of smart glasses.

Sony may not have given up on virtual reality, but PlayStation's Jim Ryan doesn't see it having a big impact on gaming any time soon.

A newly granted patent reveals that Apple is working on a head-mounted display (HMD) device that features an audio system that can be configured to switch between different modes.

Apple is looking into creating VR/AR headsets that are capable of projecting images directly onto users' eyes for a more immersive and stress-free experience.

Apple is working on new technology that will allow for shared augmented reality experiences.

The annual AR/VR Oculus Connect scheduled for Sept. 16 will now be virtual and is being renamed to Facebook Connect.

Facebook-owned Oculus will soon begin to require users to have Facebook accounts to unlock its social features.

Sony Increases Production For PlayStation 5 Units To 10M By 2021

Restrictions on going outside homes due to coronavirus fears has resulted in increased demand for the coming PlayStation 5, something which Sony is attempting to answer for its market.

The Oculus Go VR headset from Facebook will no longer be produced to allow the company more room to work "on the next chapter in VR."

A new patent reveals that Apple is working on technologies that will allow consumers to use the Apple Pencil to draw in 3D space, whether the tip touches a display or not.

Valve is savoring the success of "Half-Life: Alyx" with reportedly millions of player now engaged in the VR-focused game.

The spacecraft launched by the European Space Agency (ESA) to explore Mercury is about to make its near-Earth approach tomorrow.

The US Army Is Using Virtual Reality To Enhance Training, And Saving Taxpayer Dollars

The Army is using virtual reality systems to conduct training that once cost taxpayers large amounts of money for live-fire exercises.

VR During Chemotherapy Can Reduce The Stress Of Breast Cancer Patients

New research suggested that virtual-reality experience alongside chemotherapy can alleviate side effects among breast cancer patients.

'Half-Life: Alyx' Is The Closest Gamers Will Get To 'Half-Life 3'

"Half-Life: Alyx" will be released in March 2020 but is not the "Half-Life 3" gamers have been longing for.

Next Big Computing Device After Smartphones Is Just 2 Years Away

Tech giants are reportedly betting and racing to develop the next big computing device following the smartphone.

Valve's latest entry in the "Half-Life" saga is a VR-exclusive and will not be playable without a headset. The developer spoke out on why the decision was made to create such a title in the first place.

A new Apple patent shows a visual headset that works with an iPhone and wireless headphones, such as the AirPods and AirPods Pro.

Rumors have it that a new Apple iPad Pro will be launched next year featuring 3D system support and VR and AR capabilities.

The German team-up of Audi and startup Holoride provides the first in-car Virtual Reality (VR) experience, and together with Universal Pictures and Ford, they're bringing it to California for the general public to see.

Verizon aims to be a leader in a truly immersive 3D video tech called volumetric video.

Google Stadia Update, VR, Multiplayer, Subscription And Everything You Need To Know

Google Stadia subscribers now have the answers to almost everything they need to know as Google updated its support page.

HTC Announces The New Vive Focus Plus For Spring 2019

VR is becoming a packed and competitive space thanks to companies like Oculus and Google. HTC, not wanting to be outdone, announces the newest member of its VR family.

What To Expect From CES 2019: 5G Smartphones, AR/VR Updates And More

The tech industry's biggest trade show is coming in a few days.

Developer Scott Cawthon said that he has ditched the script for the "Five Nights at Freddy's" movie and has decided to start from scratch.

Reports indicated Facebook had canceled the next Oculus Rift headset, but the company says there is more Rift to come.
About VR