Katy Perry and Orlando Bloom are away from each other these days. While the singer is busy with her comeback in the music scene, the actor is preoccupied with his UNICEF duties.

US Assures Nigeria It Will Help Fight Boko Haram

Boko Haram militants that mostly live in Nigeria's  northern states have killed nearly 20,000 people and displaced more than 2 million others since 2002.

The country has ramped up its military offensive against the insurgents in its northern region, taking back some territories over the last few months.

Meanwhile, over 1,000 Chadians who are believed to have been fighting for Boko Haram have reportedly returned home.

State lawmaker says he was just testing the waters, and political opposition to outlawing the garment is too strong.

Under the administration of Barack Obama, the U.S. provided $71 million worth of equipment, logistics and training to Nigeria, Cameroon, Chad, Niger and Benin in the fight against Boko Haram.

What Next For Chibok Girls?

The 21 girls from Nigeria’s Chibok town were released by the ISIS-affiliated Boko Haram militant group earlier this month.

The terror group is reportedly looking for a new home as it continues to be pushed out from its strongholds in Syria and Iraq.

US To Invest At Least $50M In Niger Drone Base

The new base, which is expected to be completed next year, will provide the U.S. greater access to Islamist extremists in countries like Libya, Mali and Nigeria.

War Between ISIS And Boko Haram?

An alleged leadership change pushed by ISIS has created a rift and violence.

Boko Haram released a video Tuesday that showed militants threatening to "capture" Nigerian President Muhammadu Buhari, a former military leader who was elected to office after he vowed to eradicate the group.

Nigeria’s air force said it had killed some senior Boko Haram militants in a raid on the Islamists’ northeast heartland.

The heads of about a dozen states discussed the setting up of a joint force to tackle outfits like Boko Haram, which has claimed over 20,000 lives in the past six years.

Bosso is part of the Diffa region, which is home to many refugees and internally displaced people who have sought to avoid Boko Haram violence.

Serah Luka was among 97 women and children rescued Thursday after clashes between soldiers and Boko Haram militants in northeastern Nigeria.

The Security Council was set to meet Saturday in Nigeria to evaluate efforts to combat the extremist group, which has been active in the country since 2009. 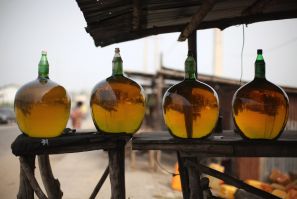 A severe fuel shortage is behind the move by the Nigeria-based terrorist group, say civilian and military sources in the African nation. 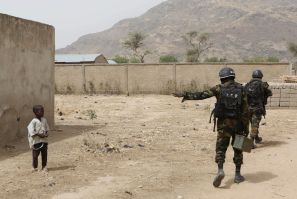 The military conducted the vast operation with Cameroonian troops from the Multinational Joint Task Force, whose mandate is to end Boko Haram’s brutal insurgency. 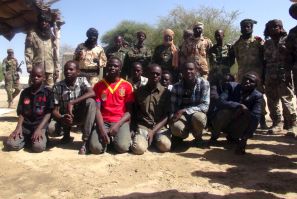 In an online statement released Tuesday, the Nigerian military urged other militants to abandon the Islamic insurgency. 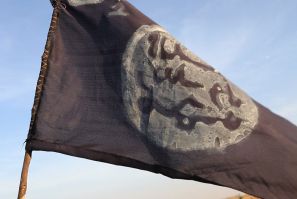 Boko Haram’s New Video: ‘There Is No Surrender’

“You should know that there is no truce, there is no negotiations,” one of the unidentified masked men reportedly said in the video. 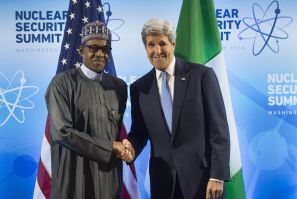 Kerry Meets With Buhari In Washington 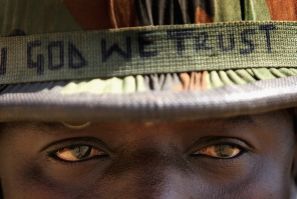 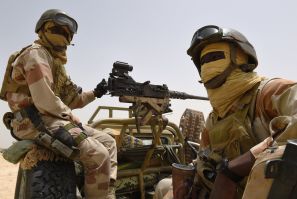