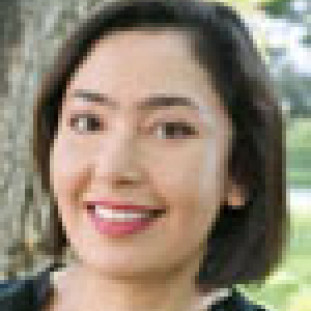 Jon Stewart And 'The Daily Show' Reign In The Age of BS: Who Were Targets Of His Greatest Takedowns?

For 16 years, Jon Stewart waged a war against lies and hypocrisy. Here are a few of his biggest targets.

In the wake of its afro tutorial, Allure is the latest beauty mag to be accused of cultural appropriation.

Blue Moon 2015 And Astrology: The 'Party Moon' On July 31 Invites You To Be Your Authentic Self

The Blue Moon is the second full moon in July, and astrologers say it's a time to give in to true desires.

Jon Stewart Told Wyatt Cenac To ‘F--- Off’: Why Liberal Comedians Aren’t Immune From The Racism Of 'Microaggressions'

That awkward moment when your sole black writer tells you your Herman Cain impression may be racist and you tell him to "F--- off."

The audacious hip-hop musical "Hamilton" brings a multicultural retelling of history at a time when we need it most.

Andrew Hallinan, who owns a gun store in Florida, said he would would not "arm and train someone who believes the Quran."

The website has become a social media target for a Jordan Sargent post that supposedly outed a notable media executive.

Gogo Graham is a fashion line designed by and for trans women.

Doritos Roulette Banned At School After UK Girl Stops Breathing; How Hot Are They?

One in every six chips of Doritos Roulette is 10 times hotter than jalapenos. One U.K. girl learned that the hard way.

Racist Atticus Finch In 'Go Set A Watchman': Scholars Predict Shift In How Harper Lee's Classic Will Be Taught

"Go Set a Watchman" reveals a different Atticus Finch -- how will that change Harper Lee scholarship?

Amanda Seyfried Was Once Paid 10 Percent What Her Male Co-Star Was Making: 'We Were Pretty Even In Status'

The "Mean Girls" actress revealed that she was once paid a small fraction of what a male co-star was making for the same film.

'The Look Of Silence' Review: Joshua Oppenheimer's Followup Documentary To 'The Act Of Killing' Is 'A Poem To Memory And Oblivion'

Director Joshua Oppenheimer insists that his Indonesian films are not historical documentaries but about the present.

An Elle Decor magazine article on choosing a dream home vs. a third child is seen by critics as white privilege at its worst.

Omar Sharif Dead At 83: Egyptian Actor Was In 'Doctor Zhivago,' 'Lawrence Of Arabia' And 'Funny Girl'

Egyptian actor Omar Sharif, star of epic films "Doctor Zhivago" and "Lawrence of Arabia," passed away Friday at the age of 83.

A rising number of Americans are arguing that flying the Confederate flag is akin to Germans displaying swastikas.

Baltimore Mayor Stephanie Rawlings-Blake's move followed a surge of violence in the city.

Republicans blocked an amendment to a spending bill requiring that electronic cigarettes be subject to the FDA pre-market review process.

The Southern-cooking doyenne tweeted a photo on Tuesday showing her son in "brownface," and a social media meltdown soon followed.

Jared Fogle of Subway is one of many brand spokespeople who have found themselves embroiled in scandal.

Court documents from 2005 were unearthed by the Associated Press that revealed the entertainer admitted to drugging women.

The South Carolina Senate voted to remove the Confederate flag from the Statehouse. A House vote is next.

Republicans congratulated the U.S. women's national soccer team, despite being opposed to their lesbian members' right to marry.

Confessions Of A Male Stripper: A Real 'Magic Mike' And 'Rent-A-Gent' Escort Tells All

Inside the world of male stripper and escort Jon, who works for Rent-a-Gent in NYC.

Most Asian Markets Drop As US Jobs Fan Rate Worries

Most Asian markets drop as US jobs fan rate worries

Measles In Ohio: 'End Of An Outbreak' In Sight After Affecting 85 Kids

The vast majority of the cases were in unvaccinated patients.

"We were both struck by Whitney the first time we saw her," Kevin Costner said in his speech honoring record executive Clive Davis on Saturday.

Kate Middleton shared a throwback picture with her father in honor of her Shaping Us campaign.