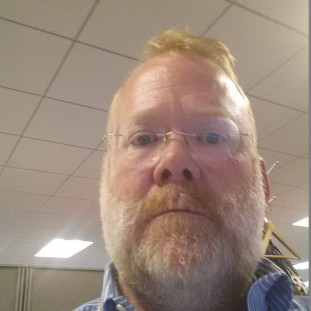 “It’s inevitable that, if all these states are broke, that there will be legalized sports betting in more states than Nevada."

Billions in claims are now at stake after a U.S. judge ruled Thursday that BP acted with gross negligence in 2010's Gulf of Mexico oil spill.

Apple's reputation was sullied after iCloud’s role in a hack that resulted in the release of nude photos of Jennifer Lawrence.

These Four Stocks Are Likely To Fall After Apple Corp.'s September 9 Product Rollout

These companies have a had a great ride piggybacking on Apple Corp. stock, but that may end with the September 9 new-product announcements.

Tesla Motors appears to have carved out a defensible niche in the global market for luxury electric vehicles, ans one analyst expects its stock to hit $400 a share.

Some airlines ban the new device that protects knees from reclining seats, but there's no FAA prohibition against it.

China Stocks To Buy: Here Are The Top 10 Stocks In The Biggest China Exchange Traded Fund That Buyers Are Gobbling Up

The biggest China fund in the U.S. is selling like hotcakes as investors expect more stimulus.

Weigh in here with your opinion on Burger King's planned move to Canada.

Burger King has agreed to buy Tim Hortons Inc., a Canadian donut and coffee shop chain, for cash and stock.

Warren Buffett May Have Just Become The Anti-Inversion Poster Boy

Zeppelins are distinguished by their incorporation of a rigid frame that shapes the aircraft. Blimps, on the other hand, maintain their shape by regulating pressure.

Legal changes caused a slowdown in the number of inversions after the American Jobs Creation Act of 2004, but they have since rebounded.

Kraft and Keurig Green Mountain signed an agreement that will have the former sell its branded coffees in the latter’s special Keurig packaging.

The stock index’s year-to-date performance improved to a 7.6% gain last week from 5.8% a week earlier.

House Flipping 2014: These 10 Cities Have The Best Rate Of Return For House Flippers, Top City More Than Doubled Investors' Money in 2014

Nearly 31,000 single family homes were flipped nationwide in the second quarter of 2014. Here's where you can get the best returns.

Mortgage Crisis Settlement: Bank Of America To Pay $16.5B, Largest Single-Company Settlement Ever With The SEC

“Bank of America failed to make accurate and complete disclosure to investors, and its illegal conduct kept investors in the dark."

Economic inequality and civil unrest have made London one of Europe's least livable cities.

The move will pit McDonald's directly against Starbucks Corporation, which has been in grocery stores since 1998

Tuesday's government report on the U.S. Consumer Price Index is this week's most important economic news.

The Treasury report expected this fall will highlight benefits and downsides associated with bitcoin and other digital currencies.

Ooredoo and rival Norwegian company Telenor both received licenses to operate in Myanmar last year and have been racing to roll out service.

Is The Pope Short Social Media Stocks? Pontiff Urges Youth To Ease Back On Web Time

"Our life is made up of time, and time is a gift from God, so it is important that it be used in good and fruitful actions."

The employment-to-population (EPOP) ratio tells you more about the U.S. economic recovery than the "new jobs" numbers.

That might defy logic, but there's actually a good reason for that puzzling metric from today's U.S. report on labor conditions.

The U.S. economy grew a better-than-expected 4 percent in Q2, but for the working man and woman, the payoff is still some ways off.

How China's Balloon Over America Steered Its Way Into Spying History