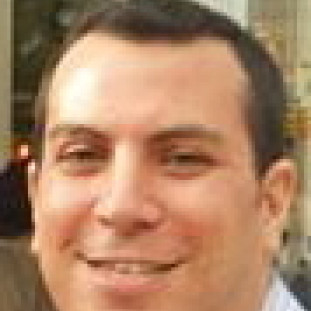 Previously, Howard covered political corruption, health, crime and other beats for TimesLedger Newspapers in Queens, New York, where he won several national and state awards for his reporting.

Howard graduated from the SUNY-Albany, where he received a bachelor's degree in political science and minored in journalism.

Ireland may become the first country to legalize gay marriage through a vote among citizens.

Among the 300 pages of private emails released on Friday are messages relating to the 2012 attack on the U.S. consulate in Benghazi, Libya.

Rand Paul NSA Filibuster: Where Do The 2016 Candidates Stand On Spying?

Rand Paul is the most vocal opponent of the NSA's bulk data gathering. But what about other 2016 candidates?

A rally has been canceled and biker bars are taking precautions after Sunday's shootout in Waco.

Though the poll usually favors candidates from the conservative wing of the GOP, Huckabee said that participating would "further empower the Washington ruling class.”

North Korea was taken off the U.S. state sponsors of terrorism list in 2008.

Iowa Democrats Call Hillary Clinton 'Not Perfect,' But Who Else Is There?

"No Afghan child ... must be kept from an education," said Supreme Leader Ayatollah Ali Khamenei.

China Building Collapse: Up To 21 People Missing After Landslide In Guiyang

The nine-story residential building collapsed following a landslide, according to the government.

Election 2016: Will Millennials Become 'Crazy In Love' With Hillary Clinton After Beyoncé Endorsement?

Celebrities can help candidates raise money and drive turnout, but to what extent?

Amtrak Crash 2015 Cause: Windshield Crack Not Due To Gun, But Derailment Investigators Don't Know What's To Blame

It wasn't from a gunshot, but investigators into the deadly Amtrak train crash don't know what else could have caused the windshield crack.

Dubbed Laplace’s Demon, the program can monitor social networks and pass word of "threats" to the Kremlin.

Jeb Bush is skipping it, and most prospective 2016 GOP candidates haven't committed to the ritual early-voting event.

Lindsey Graham is set to announce whether he'll run for president in his native South Carolina on June 1.

The six people were planning attacks on Erbil, in northern Iraq, according to Kurdish authorities.

Are US Trains Safe? Derailments Declining, But Rail Travel Still Twice As Deadly As Europe

The European Union had half as many deaths per million kilometers of track compared to the United States.

Details are not immediately clear, including whether the train was a freight or passenger locomotive.

Hillary Clinton On Abortion: Where Does She, 2016 Presidential Candidates Stand?

Hillary Clinton is critical of banning late-term abortions. Marco Rubio is leading the Senate fight against them.

The comments by Philadelphia Mayor Michael Nutter about the Amtrak train driver are being viewed by NTSB board members as a rush to judgment.

The Trans-Pacific Partnership is the cornerstone of President Obama's trade agenda.

Amtrak Crash 2015 Cause: Is Conductor To Blame For Derailment? Speed Eyed In Fatal Incident

The NTSB has not confirmed reports that the train was going twice the speed limit as it entered a curve, and early reports confused the roles of conductor and engineer.

The stretch of track in Philadelphia where an Amtrak train derailed Tuesday night is known for its maintenance issues. All across the U.S. it's the same story.

Excerpts of the speech released by Marco Rubio's presidential campaign was sparse on details.

TPP Agreement: Where Do 2016 Presidential Candidates Stand On The Trans-Pacific Partnership?

Most Republicans in the race are siding with President Obama on the Trans-Pacific Partnership. But Obama has no backing for his trade agenda from Democratic candidates.

The PRI has about a 7-point lead over the PAN with 500 seats up for grabs in Mexico's Chamber of Deputies.

Bill de Blasio is making bold, national moves for a first-term mayor of New York City. Is he planning a presidential run?