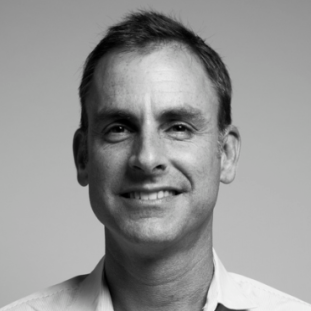 Michael Learmonth is a writer, editor and commentator on technology, media and advertising. Prior to International Business Times he served in a variety of writing and editing roles at Advertising Age, Business Insider, Variety, Reuters, The Industry Standard and Metro Newspaper in Silicon Valley. In addition, he served as an advisor on content and strategy for Internet Week New York.

Early hires at Taiwanese suppliers Foxconn and Pegatron could indicate more-complex hardware for the upcoming iPhone 7.

Iconic Brompton Folding Bicycle Is Going Electric: Purists, Get Over It

Brompton CEO Will Butler-Adams peddled over the Brooklyn Bridge to talk about the iconic brand and how it’s about to change.

The Alphabet unit’s search and display ad franchises are more dominant than ever, but regulatory and other headaches abound.

Critics from government and the tech industry weighed in Friday after draft legislation by Sens. Dianne Feinstein and Richard Burr leaked to the media.

PepsiCo CFO Hugh Johnston and entrepreneur Martha Lane Fox join a board that was criticized during the appointment of Jack Dorsey as CEO.

Multiple federal agencies are looking at the huge trove of data with an eye toward criminal and civil investigations.

The idea that the agency can now unlock an Apple device could potentially involve the federal government in hundreds of local cases.

Apple, as well as law enforcement agencies, would love to get their hands on the hack the FBI used, but the bureau is likely to keep it under wraps.

The move concludes a six-week battle over the government’s ability to subpoena the contents of an iPhone that set off an international debate over encryption.

How CES Got Its Nerd Back: Drones, Virtual Reality And Tinkerers Putting Sensors In Everything

Big companies aren’t driving innovation at the Consumer Electronics Show; it’s the tinkerers and startups putting sensors in everything.

Why More Black Engineers Aren’t Being Hired In Silicon Valley

About 5,500 black students earn engineering and computer science degrees in the U.S. each year, but most go unhired by America's top technology companies.

The National Association of Black Engineers wants to triple the number of engineering degrees awarded to African-Americans, to 10,000.

Cybersecurity will be high on the agenda when Chinese President Xi Jinping makes his first state visit to the U.S. next week.

We've all made them: choices to buy that great product or service we believed would be life-changing, but wasn't. IBTimes is sharing our Worst Tech Decisions. What's yours?

Amazon.com Wants To Pay You To Deliver Packages

The mobile app 'Going My Way' would allow consumers to earn cash by delivering goods.

Twitter co-founder Biz Stone talks to IBTimes UK about what Twitter is doing wrong and his latest app, Super.

Spike Lee 'NBA 2K16': 'Do The Right Thing' Director's Next Joint Will Be A Video Game

Knicks fan and student of basketball, the filmmaker is writing and directing his first video game in "NBA 2K16."

As Sepp Blatter is re-elected, FIFA sponsors face a difficult choice: stick around and risk a backlash or lose an opportunity to a competitor.

The blog, led by Kara Swisher and Walt Mossberg, has a small audience but huge influence in Silicon Valley.

No merger with Time Warner Cable, and fewer options as the feds effectively cap the size of the nation's largest cable TV and broadband company.

Advertising agencies are increasingly uncomfortable with the dominance of a few tech players.

The New York Times thinks Apple Watch users will be reading, so they're creating tiny one-sentence versions of stories.

On the eve of the release of Apple Watch, Wall Street is getting very bullish on Apple.

Sony PlayStation Vue: Why The Future Of Web TV Won’t Be Any Cheaper Than Cable

Sony launches PlayStation Vue TV, beating Apple in offering a major alternative to cable TV. But it doesn't include ESPN — and it could cost as much as $70.

DirecTV Experiments With Oculus, Samsung Gear And A Fridge That Tells You What Gordon Ramsay Show To Watch

The satellite TV company lets the hackers out of the lab to show what's coming for DirecTV.

Jennifer Lopez and Ben Affleck are "very head over heels for each other" nearly three months after they tied the knot.