A law firm is a business entity formed by one or more lawyers to engage in the practice of law. The primary service provided by a law firm is to advise clients (individuals or corporations) about their legal rights and responsibilities, and to represent their clients in civil or criminal cases, business transactions, and other matters in which legal advice and other assistance are sought.

Here are some interesting things you may not know about the famous former First Lady.

After news of Schlossberg’s racist rant got out, people have trolled the lawyer on multiple platforms, including on Google itself.

The three men allegedly hacked into the computers of U.S. law firms that advise companies on mergers, and made over $4 million using insider information.

Among the law firms affected were Cravath Swaine & Moore LLP and Weil Gotshal & Manges LLP, which represent Wall Street banks and Fortune 500 companies, according to a report.

A year to the day after protesters descended on Zuccotti Park, launching what would become a national phenomenon, little has changed. The occupy Wall Street protesters who turned out to mark Occupy's anniversary had a vast number of causes.

American Airlines' bankrupt parent AMR Corporation (PINK:AAMRQ), which is arguing in federal court it needs hundreds of millions of dollars in contract concessions from its employees in order to survive as a going concern, is planning to spend hundreds of thousands of dollars to entice a small group of hedge funds to invest in the company.

Yes, President Obama Has Worked In the Private Sector

Romney surrogates love to say Obama has less private sector experience than a kid running a lemonade stand. That is not true.

The U.S. Department of Labor (DOL) is set to adapt a tougher visa regime that makes getting H-1B nonimmigrant visas harder for the U.S. companies. Once implemented, the DOL decision will hurt several companies that hire cheap and skilled workers from countries like India and China.

A lawsuit filed in San Francisco federal court Monday alleges that Marriott International, Hilton Hotels, Sheraton Hotels & Resorts and others conspired to use their market dominance to fix hotel prices with travel websites like Expedia, Travelocity and Booking.com, a subsidiary of Priceline.com.

In Cook County, there are now four pending lawsuits filed by employees of a suburban Chicago Heights bakery who claims that they were deprived of chance to buy into a pool of lottery tickets that won the grand prize of $118 million.

New York City mayor Michael Bloomberg's proposal to ban sales of large soda drinks drew swift criticism from beverage makers and retailers, who say consumers should be able to make their own decisions.

Shares of Facebook (Nasdaq: FB), the No. 1 social network, fell again Wednesday, giving back their early gains from Tuesday?s record-low close of $28.84.

The global headquarters of Dewey & LaBoeuf LLP, a glass-sheathed office tower in midtown Manhattan, has a commanding view of a stretch of Sixth Avenue looking downtown. A pair of statues, designed by artist Jim Dine, rise from the plaza of the stately office, overlooking Rockefeller Center. But now, it will be the law firm's ornate tomb, a reminder of its glory days. 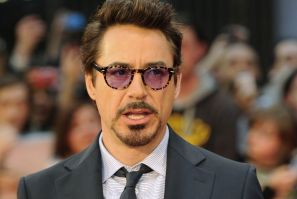 Robert Downey Jr. may have said working on The Avengers couldn't have gone any better, but little did he know that his payday would be the sweetest part, with rumors circulating that his check could exceed $50 million.

Along with an announcement from major TV networks that a large amount of primetime shows will be cancelled for the fall season, CBS announced its lineup schedule for 2012-2013, which includes Two And A Half Men, The Big Bang Theory and The Mentalist. The network will also add six new series despite mass cancellations of primetime programs. 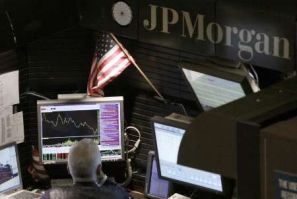 U.S. Securities and Exchange Commission investigators are probably in the process of drafting subpoenas against JPMorgan Chase & Co. (NYSE: JPM), if they have not already filed them, regarding the bank's loss of $2 billion through proprietary trading, said ex-SEC New York Regional assistant director Joseph Dever.

An image of missing British girl Madeleine McCann was used to sell online vouchers for discounted vacations in Portugal, the country where she went missing more than five years ago. 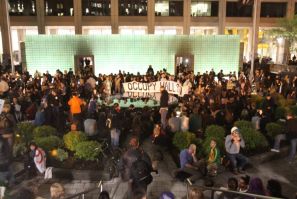 Occupy Wall Street May Day Protesters May Have Been Unlawfully Arrested

On May Day, the New York Police Department arrested twelve demonstrators from Occupy Wall Street -- part of a larger group of 86 people taken in that day -- for refusing to disperse from a gathering that was underway inside a city park. The problem: the demonstrators were not in a park at all when they were detained. 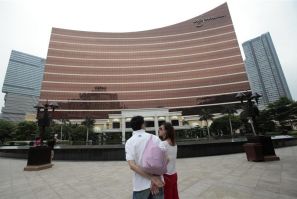 Wynn Resorts, Limited (Nasdaq: WYNN) received approval to begin breaking ground at its 51-acre casino sight on Macau's Cotai strip, an approval that has been in limbo since March, the company said Wednesday.

Sprint Nextel Corp., which is the third-biggest mobile service provider in the U.S., has been sued by the state of New York for allegedly not collecting or paying millions of dollars in taxes. Though Sprint denies these accusations, the company stands to pay more than $300 million if the claims are proven true.
Latest news
George Zimmerman Bond Hearing: What To Expect During The Court Appearance
Gu Kailai And Bo Xilai: Murder, Mayhem, Mystery, And Myth Surround China's Political Power Couple
'Unraveled' Documents The Undoing Of A White Collar Criminal As Devious As Bernie Madoff
Murdoch's Times Of London Facing Email Hacking Damages Claim
Paula Deen Lawsuit: An Attempt to Ruin Paula Deen Her Lawyers Say
EDITOR'S PICK