"Star Wars: Jedi Survivor" has new battle stances and mechanics for players to master in the fight against the Empire.

The highly anticipated sequel is opening across the globe this week.

John Boyega's decision came after he faced racism in the "Star Wars" fandom.

The former One Direction singer finally addressed the rumors of his involvement in a new "Star Wars" series.

The new "Star Wars" book "Shadow of the Sith" explained the appearance of assassin Ochi of Bestoon’s ship in Rey’s traumatic flashback in "The Rise of Skywalker."

"I guess you were a kid when our films came out," Ewan McGregor told the reporter who asked the question regarding "Star Wars" prequels.

"I lucked out, from all these so-called handicaps, for a job that paid $7,000! I thought that was good money," James Earl Jones said in a recently resurfaced video.

Ewan McGregor and his ex-wife Eve Mavrakis finalized their divorce in 2020.

"The only franchise that I always wanted to be in that I just never have been for whatever reason was the Star Wars franchise," Jon Hamm said.

May the 4th Be With You! This Star Wars Day, add more precious items to your collection from this list of must-have toys, posters and other collector's items!

It's been 24 years since the actor played the character in "Star Wars: Episode I - The Phantom Menace."

"All my life I was a great Star Wars™ fan and the lightsaber was my most-wanted gadget," the YouTuber, Alex Burkan said.

Where To Watch 'The Book of Boba Fett' Online; Understanding 'Star Wars' Universe

"The Book of Boba Fett" consists of seven episodes and the last episode will drop on Feb. 9, 2022. 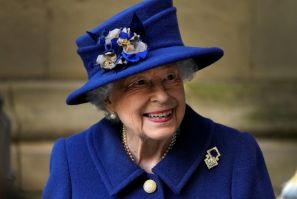 U.K. police are investigating a video linked to a man who was found with a crossbow at Windsor Castle on Christmas Day. 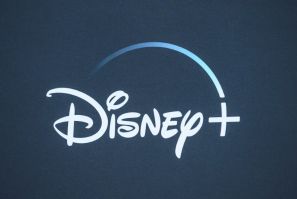 "Eternals" will stream on Disney+ from Jan. 12. 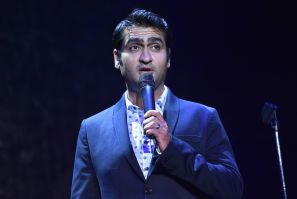 "I don't allow it to sink into myself, otherwise I get intimidated," Kumail Nanjiani noted. 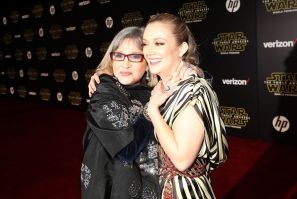 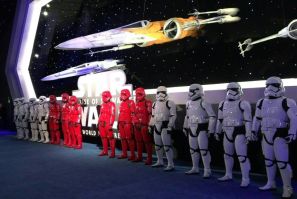 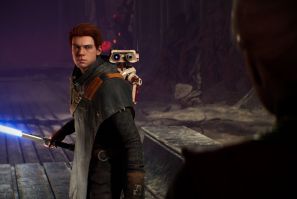 Disney has revealed new details about its "Star Wars" hotel in a trailer the company shared online. 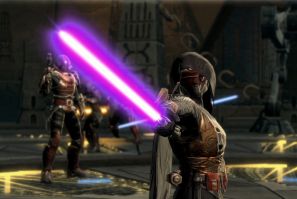