Former President Donald Trump and his two eldest children must testify within three weeks in a New York civil case against his family-owned company.

If the deal pushes through, the Yankees star may help Trump recoup $73 million in losses from the hotel.

If elected, Rep. Mark Finchem will be the first in the line of succession for the governorship in Arizona.

Trump Must Turn Over White House Visitor Logs From Jan. 6 To Committee

The Biden administration has ordered the release of Jan. 6, 2021, White House visitor logs from Trump's care to be delivered to the Jan. 6 Committee within 15 days.

A majority of Republicans believe Trump should be given a second chance as the president of the United States.

Stormy Daniels alleged that she and Trump had sex in 2006, just a year after the latter and Melania got married.

Trump Has ‘Great Chance’ Of Being Elected President Again In 2024

Sen. Graham, however, warned that Trump could hurt his chances of getting re-elected if he continues to focus on the 2020 election results.

Trump Can Be Imprisoned For Flushing Classified Documents Down Toilet: Speier

Trump's flushing of White House papers could be violating the 1978 Presidential Records Act.

One of former President Donald Trump's most vehement critics inside his Republican Party warned on Thursday that the possibility of a new civil war in the United States was very real.

Michael Avenatti first gained national attention after he represented Stormy Daniels in a lawsuit to break a non-disclosure agreement she signed to keep quiet about the details of her alleged affair with Trump in the mid-2000s.

Florida Gov. Ron DeSantis added that he has the full support of former President Donald Trump.

Trump could be banned from holding office again due to U.S. Code 2071 and Section 3 of the 14th Amendment.

It is unclear how many documents were lost as a result of Trump's habit of tearing up documents. 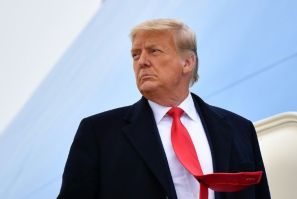 A couple paying $250,000 will get a private dinner, a photo with Trump and VIP seating at the candidate forum. 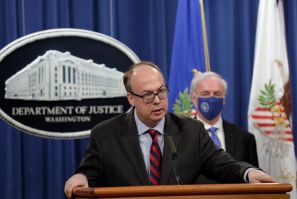 The Fifth Amendment is invoked to avoid answering questions that may be used against the person in question. 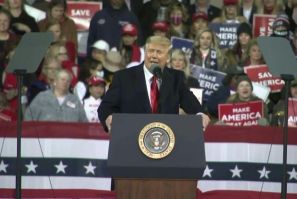 Donald Trump erupted at one of his most loyal supporters in an interview on Newsmax. 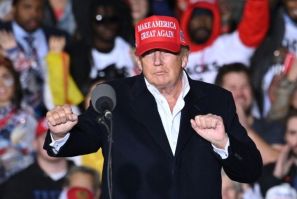 The Jan. 6 committee is making headway even as Trump tries to stall them, including taping together evidence previously torn up by the former president.

How Much Does Trump Have To Spend On A Potential 2024 Presidential Run?

Trump has a lot of funds saved up that are being described as a "war chest" for his likely presidential run in 2024. 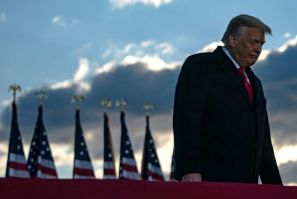 The lead prosecutor investigating former President Donald Trump’s attempts to pressure the Georgia secretary of state during the 2020 presidential election is calling on the FBI for protection. 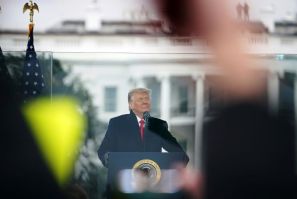