A jury in Manhattan found British socialite Ghislaine Maxwell, an associate of Jeffrey Epstein, guilty on nearly all of the charges.

Trump Will Only Back Alaska's Dunleavy If He Doesn't Support Murkowski

Former President Trump has vowed revenge on Lisa Murkowski after she voted to convict him in his second impeachment trial.

The former president owns two golf courses in the United Kingdom, including Trump Turnberry and the Trump International Golf Links in Aberdeenshire.

Avalinn Rackley, 7, suffered from a distended stomach and several broken vertebrae after a tornado struck her family home in Missouri in December.

Former President Donald Trump first made the claim during a phone call with Georgia Secretary of State Brad Raffensperger in early January.

Alex Jones gave former President Donald Trump a "warning" after the latter said in an interview with Candace Owens that COVID-19 vaccines work and are very good.

Donald Trump's legal team claim he has the right to block the request citing executive privilege.

Former President Trump said it was "a little tough" to be critical of President Joe Biden after the latter praised him and his administration's COVID-19 initiative - Operation Warp Speed.

The Jan. 6 committee will interview Trump ally Rep. Jim Jordan, who had confirmed speaking to the former president that day.

President Joe Biden celebrated his predecessor's administration during a speech about his response to the highly transmissible Omicron variant.

Trump Is Second Best US President In Past 40 Years, Say Republicans

Trump trailed behind Ronald Reagan who more than 40% of Republicans said is the best president in the past 40 years.

Dr. Francis Collins, whose last day as NIH director is Sunday, said he was at odds with Trump over the handling of the COVID-19 pandemic.

The former president credited himself for repopularizing “Merry Christmas,” adding that he made it one issue he discusses in his campaigns.

The former chief of staff described how Trump looked a week before he was admitted to the Walter Reed Medical Center for COVID-19 treatment.

“We either only have two paths: either it gets changed before the 2022 election or we lose our country forever. I will spend every dime I have,” Lindell said.

Former First Lady Melania Trump is entering the world of cryptocurrency wiith the launch of a new NFT platform.

Donald Trump, Melania Among World Most Admired People Of 2021

The YouGov America poll surveyed 42,000 participants across 38 countries and territories. 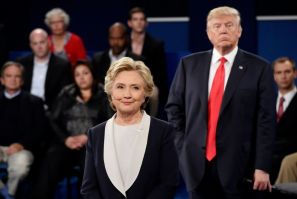 Hillary Clinton lost against Trump in the Electoral College votes during the 2016 election. 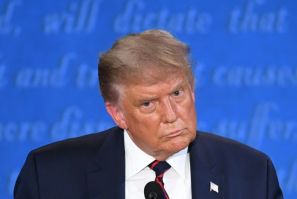 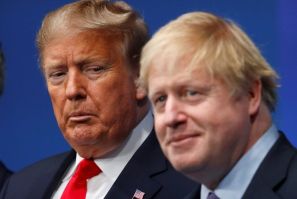 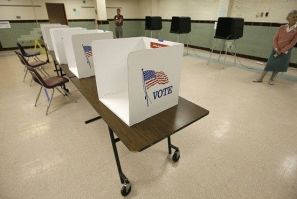 Georgia poll worker Ruby Freeman was confronted by a publicist with ties to Donald Trump and Kanye West. 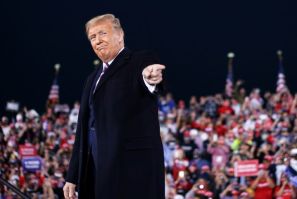 The Trump donor had donated more than $800,000 in cash and air travel to the Republican party. 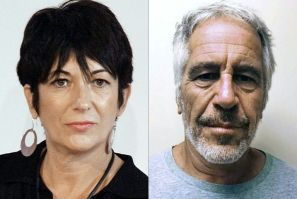 A picture of sex offender Jeffrey Epstein and his associate Ghislaine Maxwell was presented as evidence in court.

Trump added that his supporters would be "very angry" should he decide not to run for president again in 2024.
Latest news
Crypto Execs Warn Congress Against Strict Laws And Regulations
Trump's Most 'Despondent' Moment As President Revealed
Mark Meadows Reverses Stance, Refuses To Cooperate With Jan. 6 Committee
GOP Lawmaker Resigns From Congress To Be Trump Media's CEO
Michigan School Shooter Parents Plead Not Guilty
EDITOR'S PICK