A Manhattan prosecutor who resigned from the District Attorney's office over what he said was its refusal to pursue an indictment against former President Donald Trump says the ex-president is guilty of multiple felonies. Read his resignation letter here.

Brooks was involved in the plans to challenge the certification of Biden’s win on Jan. 6, 2021.

Former President Donald Trump has turned on one of his most loyal supporters, Rep. Mo Brooks (R-Ala.), after Brooks suggested the focus of the race should not be on relitigating the 2020 election.

Stormy Daniels filed a defamation lawsuit against Donald Trump in 2018 over a tweet.

There are about three notable options should Trump decided to run again.

Former President Donald Trump is widely expected to run for the presidency in 2024, but he has signaled that Mike Pence will not come along for the ride.

Former U.S. ambassador to Ukraine Marie Yovanovitch said Trump treated Ukraine as a "pawn" and showed he was prepared to trade national security for his own gain.

Trump's remarks came after a link in an email touting an important update on his plane directed recipients to a fundraising page.

Advisor to former US President Donald Trump, Kellyanne Conway, said that the administration of President Joe Biden has a "facts problem." Many were quick to point out the hypocrisy of her statement.

Former President Donald Trump falsely warned Russia’s President Vladimir Putin that the U.S is a bigger nuclear power than Russia after the latter put his nuclear weapons on alert over the war in Ukraine

"He knew exactly how to play these guys, and he played it like a fiddle," Donald Trump Jr. said in a video.

Why Is Trump Borrowing $100 Million From California Bank?

The loan was refinanced by Axos Bank whose CEO is known for donating large amounts of money to Republican campaigns, including Trump's.

Some say the 1978 disco song from the group Village People made suggestions about homosexual sex.

Trump Wanted Power To ‘Kill’ Whoever Spoke Against Him: Grisham

Melania Was 'Smarter' Than Donald Trump, Barr Reveals In His Book

William Barr revealed former First Lady Melania Trump endorsed him to her husband for the position of attorney general.

Roger Stone was known for his 'dirty tricks' when he was campaigning for former U.S. President Richard Nixon in the early 1970s.

Former President Donald Trump also suggested the United States should "sit back and watch" as China and Russia engage in conflict.

The House speaker was seen rubbing her knuckles together and grinning as President Joe Biden talked about the burn pits in the Middle East in his State of the Union speech. 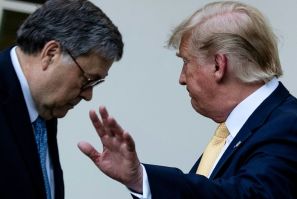 The former attorney general said Trump fell into silence following the confrontation before cutting off the phone call. 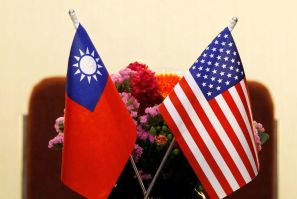 China has long claimed the self-ruled island of Taiwan as part of its territory. 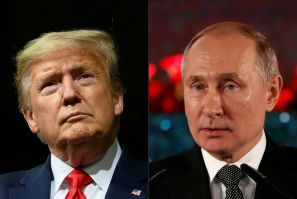 Trump Turns On Putin: Russian War In Ukraine Is 'A Holocaust'

Former President Donald Trump has turned on President Vladimir Putin of Russia by labeling his war in Ukraine a "holocaust."

In his forthcoming book, former Attorney General William Barr said that Trump once approached him at the end of a meeting and let him in on the secret that made his tweets popular. 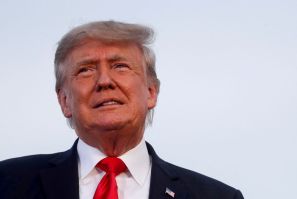 Trump previously praised Putin's invasion of Ukraine as "smart" and blamed President Joe Biden and NATO for the attack. 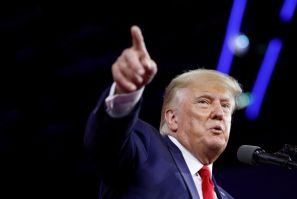 During his presidency, Trump repeatedly slammed NATO and told aides he wanted to leave the alliance, claiming it was a “drain” on the United States, senior administration officials were cited as saying by a report. 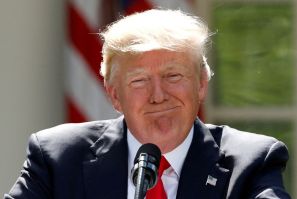