Google Inc. is an American public corporation specializing in Internet search. It also generates profits from advertising bought on its similarly free-to-user e-mail, online mapping, office productivity, social networking and video-sharing services. Advert-free versions are available via paid subscription. Google has more recently developed an open source web browser and a mobile phone operating system. Its headquarters, often referred to as the Googleplex, are in Mountain View, California. As of March 31, 2009 (2009 -03-31), the company had 19,786 full-time employees. It runs thousands of servers across the world, processing millions of search requests each day and about one petabyte of user-generated data each hour.

Google was founded by Larry Page and Sergey Brin while students at Stanford University. It was first incorporated as a privately held company on September 4, 1998. The initial public offering was on August 19, 2004. It raised $1.67 billion, implying a total value of $23 billion. Google's rapid growth has sparked a sequence of new products, acquisitions and partnerships beyond its core search engine. Environmentalism, philanthropy and positive employee relations were from the start assigned an important role in establishing brand image. Google has been repeatedly named Fortune Magazine's Number One Best Place to Work and most powerful brand in the world. Alexa lists Google as the Internet's most visited website.

The company's stated mission from the outset was "to organize the world's information and make it universally accessible and useful." Its unofficial slogan, coined by Gmail's first engineer, Paul Buchheit, was Don't be evil. Google has been criticized over issues of privacy of personal information, copyright and alleged censorship.

Facebook has been monitoring your “private” messages and mining the data to sell to advertisers.

Google, Boingo Expand Wi-Fi Partnership With Another 4,000 Hotspots: What This Means For The Future Business Of Wireless Providers

Google Inc. and Boingo Wireless Inc., made another bold move Tuesday to position themselves as a prominent resource for wireless services by establishing another 4,000 mobile hotspots across the United States. As a promotional event to advertise the new expanded partnership with the companies are also making Wi-Fi free in all the new locations "through the end of September," Boingo said in a statement.

Egyptian President Mohamed Morsi said representatives from Egypt, Saudi Arabia, Turkey and Iran would meet behind closed doors during the Arab League summit to discuss the path toward ending the Syrian crisis.

Amazon Sells Out Of Kindle Fire, Then Says It's Making Big Annoucment Next Week

Perhaps it's no coincidence that a week before Amazon is set to make a big announcement it has sold out of the popular Kindle Fire. Is this is prequel to the sequel?

Eric Schmidt, the executive chairman of Google Inc. (Nasdaq: GOOG), sold another 50,000 shares of the company worth around $34.2 million, according to documents filed Wednesday with the Securities and Exchange Commission.

Eric Schmidt, the executive chairman of Google Inc. (Nasdaq: GOOG), has sold 103,193 shares of the company worth around $69.3 million, according to Tuesday filings with the Securities and Exchange Commission.

Facebook Inc. (Nasdaq: FB) co-founder Dustin Moskovitz has sold 450,000 shares of his old company for around $8.7 million, according to a regulatory filing, but when it comes to his own ventures, expect him to remain independent.

Facebook Inc. (Nasdaq: FB)'s stock may be sinking, but it is forging ahead with an expansion to its campus in Menlo Park, Calif., designed by the renowned architect Frank Gehry.

Why Does Barry Diller's IAC Want To Buy About.com?

Apple Inc's market value climbed past $623 billion on Monday, surpassing the record set by Microsoft Corp during the heyday of technology stocks in 1999.

Facebook's Mark Zuckerberg Drops Out As One Of Top 10 Tech Billionaires, Making A Bad Week Worse

The past week was not kind to billionaire Mark Zuckerberg, chairman and CEO of Facebook Inc. Capping it all was word that Zuckerberg had lost his place among the 10 richest technology billionaires, at least temporarily. How can Zuckerberg climb his way back to the top?

Apple v Samsung Case: Can A Product Be Too 'Apple-ish'?

It may be hard to encapsulate in words, but consumers know when they're looking at something in a product that Apple did first.

Ross Levinsohn Leaves Yahoo: A Triumph of Tech Over Media?

Ross Levinsohn, the former interim CEO of Yahoo! Inc. (Nasdaq: YHOO) has left the company after it hired Marissa Mayer from Google Inc. (Nasdaq: GOOG) as its new chief executive, All Things D reported, suggesting the Silicon Valley giant's focus on its technology division over its media properties.

Facebook Stock May Swing After Announcement of Its Earnings

Investors in Facebook stock are bracing themselves for something wild. The market is bracing for big swings in Facebook Inc (FB.O) shares after the social media company reports earnings for the first time as a public company.

Facebook Inc. (Nasdaq: FB), the world's largest social networking platform, is expected to post a profit in its first quarter as a publicly traded company following revenue growth in the April-through-June period. 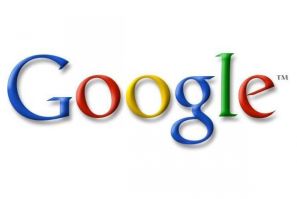 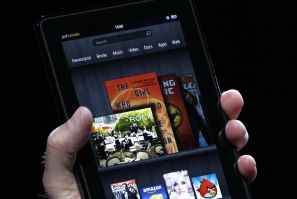 At a time when the 7-inch tablet space has suddenly become the talk of the town with already released devices like the Google Nexus 7 and those still under wraps like the iPad mini, a report surfaced Sunday saying that online retailer Amazon is gearing up to unleash its own challenger, a Kindle Fire successor, towards the second half of this year to compete against rival products. 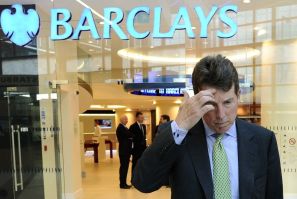 IBTimes reviews winners and losers in the world of business and economics for the week of July 1. 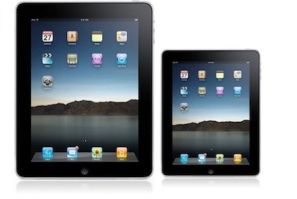 Despite an earlier dismissal of a 7-inch iPad by late Apple CEO Steve Jobs, rumors of an iPad mini have been around for quite some time now. Adding to the already churning rumor-mills, a new report surfaced Tuesday, saying that the Cupertino tech giant is indeed planning to launch a smaller and cheaper iPad by year-end. 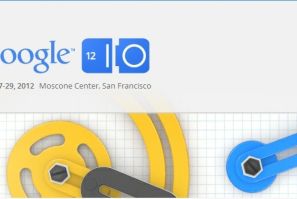 Google's annual developer conference is just hours away, but an Asustek executive has already confirmed that Google Inc. is set to unveil a tablet co-branded with Asus that is set to rival Amazon's Kindle. 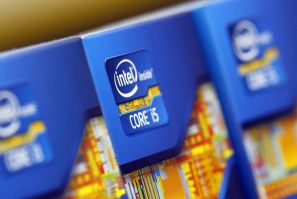 World?s Top 10 Most Respected Companies?And The Award Goes To Apple