‘Battlefield 1’ testers are trying out some significant gameplay changes in the CTE. Might we be seeing adjustments to bullet spray and melee in the months to come?

‘Ark: Survival Evolved’ is getting updated across PS4 and Xbox One, and we finally have an estimated release time to share. Click here for the latest ETA and patch notes.

‘Hitman’ season 2 is reportedly still happening and IO Interactive is developing it. Click here for the latest update on the developer’s split from Square Enix.

‘Madden 18’ GOAT Edition Due Aug. 25 With Tom Brady On Cover

‘Madden 18’ has its release date and cover athlete. Legendary New England Patriots quarterback Tom Brady will grace the cover on all versions of the game including a special GOAT edition. Find out what each version offers.

‘Prey’ has just been released, and a recently found glitch will help you get started with the game. Want infinite crafting materials for upgrades? Here’s how to do it.

‘Battlefield 1’ has a Community Test Environment for adventurous players, and they’re in for a big surprise soon. What might this DICE producer be teasing?

‘Battlefield 1’ just got a brand new update, but the latest files have potentially leaked some new weapons and gadgets for the game. Want a sneak peek at what may be coming this summer or fall? We’ve got you covered.

"Call of Duty: Modern Warfare Remastered" was recently spotted on GameFly's website as a standalone game that will be released for the PS4 on June 30 and for the Xbox One on July 30.

In a response to one of its backers, Cradle Games admitted that it is planning to do a Thunderclap campaign while the Kickstarter project for “Hellpoint” is struggling to meet its initial crowdfunding goal.

The Kickstarter campaign for “Forsaken Castle” has reached its initial goal in less than one week. Now backers are on the way to unlocking the first stretch goal of the project.

Sony's PlayStation 4 is tracking and may outpace PlayStation 2's performance by next year.

‘Prey’ is headed to PC, PS4 and Xbox One next week, so Bethesda has revealed the game’s system requirements and file sizes for eager players. Get the full details here.

‘Battlefield 1’ has a new Spring Update, and it introduces dozens of features and adjustments across PS4, Xbox One and PC. Want to know every tweak? Read the patch notes here.

Bethesda will release one-hour gameplay demo for its upcoming title 'Prey' on April 27. Here's where you can download the game.

The Best Part Of 'Burnout' Is Featured In 'Danger Zone'

'Danger Zone' is a spiritual sequel to the Crash Mode in the last-generation driving franchise 'Burnout.'

Free PlayStation Plus Titles For May Include 'Borderlands' Spin-Off

Sony has revealed the free games PlayStation Plus subscribers can download at no cost for next month. 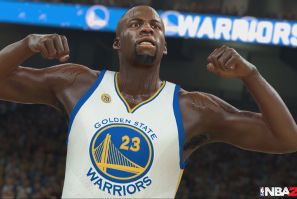 ‘NBA 2K17’ players can get 75,000 VC and a solid MyTeam Card provided they have a Twitch Prime subscription. Click here for everything we know about the limited-time reward. 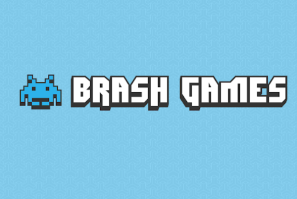 After its former writers exposed its shady business, Brash Games folded its website.

‘Call Of Duty: Black Ops 3’ players have long been hoping for a fifth DLC pack, and this may be the most concrete proof yet. Did Richtofen’s voice actor really just leak new content? 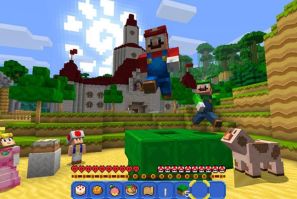 ‘Minecraft’ for Nintendo Switch was detailed during last week’s Direct presentation, but we didn’t know much about it until now. Apparently its world size won’t compare to the PS4 or Xbox One versions. 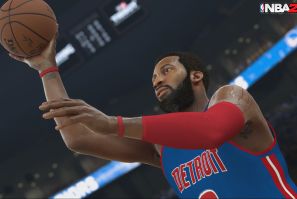 ‘NBA 2K17’ was updated with some shooting changes last week, and 2K’s gameplay director is asking for feedback. Do you want open-shot percentages to be higher or contested percentages to be lower? Let your voice be heard.

Just a week after launching “Bayonetta” for the PC platform, Sega has sold over a hundred thousand copies of the game on Steam.