Rumors also indicate that the 5.0 update for the PS4 might finally let players change their PSN IDs.

Here’s everything you need to know about the upcoming “Overcooked: Special Edition” game for the Nintendo Switch.

Techland has announced that more downloadable content are coming to “Dying Light.”

Bungie has announced that the open beta for “Destiny 2” has been extended through Tuesday.

Just a few days after the Kickstarter campaign for “Arcana Heart 3 Love Max Six Stars” was launched, its initial goal has already been unlocked.

The analyst also says the PlayStation 5 release date will be good news for PS4 owners because it will be backwards compatible with PS4 games, and will be able to play games in native 4K at 240 frames-per-second.

With "Crash Bandicoot: The N. Sane Trilogy" already achieving major success, Activision seems to be interested in releasing more games based on the series.

A U.K. retailer appears to have leaked the release date of Activision’s “Crash Bandicoot N. Sane Trilogy” for the Xbox One console.

Nintendo says that stock of the Switch console is expected to increase in July and August.

More details about “Rocket League” for the Nintendo Switch have been revealed.

Developer insomniac Games says that the map of the "Spider-Man" game will be "four to six times" bigger than its previous open-world game, "Sunset Overdrive."

'Call of Duty: WII' private beta will be available first for those who preorder the game for the PlayStation 4, and gamers on the Xbox One will be able to participate in the beta on Sept. 1.

Sony also introduced five new games for the PlayStation 4 that can support the new PlayLink app.

Xbox boss Phil Spencer says Microsoft isn't worried about the $499 price tag of the Xbox One X since it's not competing against Sony's $399 PlayStation 4 Pro.

Sony’s E3 2017 press conference is just one week away, and we expect to see lots of PS4 games and reveals during the show. Here are our top five expectations for the stream. 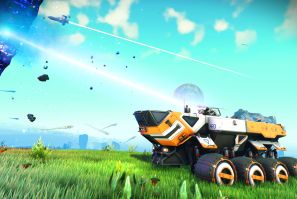 ‘No Man’s Sky’ Update Possibly Being Teased By Hello Games

‘No Man’s Sky’ updates have more or less ceased since March, but it appears Hello Games is teasing something big heading into E3. What do these suspicious packages mean? 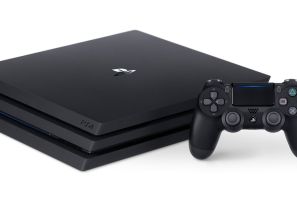 Sony's higher-end PlayStation 4 model has been a strong performer for the company. 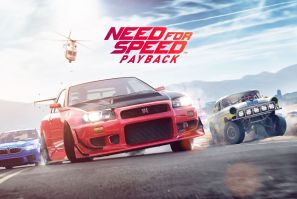 ‘Need For Speed Payback' has been announced, and it’s coming to Xbox One, PS4 and PC this November. Watch the trailer and get the full release date here. 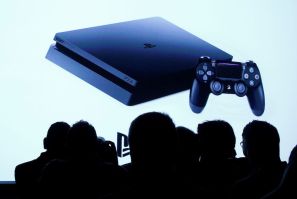 Sony Might Release A Gold PS4 Slim This Month

The gold PS4 Slim seen in a purported leaked photo shows that it will come with 1TB of storage. 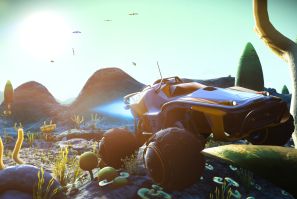 ‘No Man’s Sky’ hasn’t been updated in quite some time, but Hello Games wants its fans to know that future updates are still planned. Read the team’s latest statement. 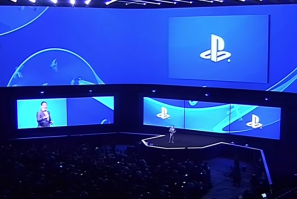 Sony’s E3 2017 press briefing is set for June 12, and there needs to be lots of amazing reveals for PS4 to stay on top. From price drops to ‘Bloodborne 2,’ here are five surprises we hope to see. 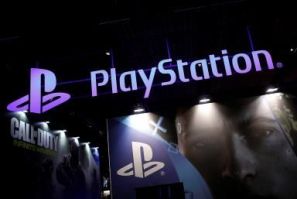