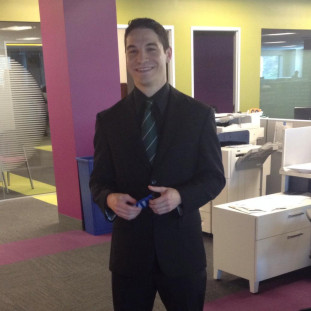 'The Blacklist' Season 3 Spoilers: What Happened In Episode 16? 'The Caretaker' Recap

Liz discovers a secret about her mother, as Red helps the FBI stop a terrorist attack on episode 16 of "The Blacklist" Season 3.

'The Big Bang Theory' Fun Facts: 9 Things To Know About The Sitcom Before The 200th Episode Airs

Check out these nine fun facts about "The Big Bang Theory" that will have you yelling out "Bazinga" as the series episode numbers roll into the 200s.

When "The Big Bang Theory" reaches it's 200th episode Thursday night, the sitcom enters the territory of some of the greatest half-hour comedy shows ever.

Did Lady Gaga Or Lorde Have The Better David Bowie Tribute? [POLL]

Now that Penguin has avenged his mother, the villain will continue to become a "monster" on "Gotham" Season 2.

Kanye West revealed on Twitter Wednesday that he will release another new album this year.

Kanye West’s ‘The Life Of Pablo’ On Tidal Could Put Rapper’s No.1 Album Streak At Risk

The rapper’s Tidal exclusive album “The Life of Pablo” won’t appear on charts until streaming numbers are released.

Why Is 'Batman v Superman: Dawn Of Justice' Getting An R-Rated Blu-Ray Release?

A more violent version of "Batman v Superman: Dawn of Justice" is expected to get a Blu-Ray release.

Will "The X-Files" be renewed or canceled? David Duchovny may have teased the show's fate on Instagram.

Here are the funniest, scariest and all-around best moments from the six-episode miniseries run of "The X-Files."

Find out what new movies, documentaries and TV shows are available for streaming on Netflix in March.

'The X-Files' Spoilers: What Will Happen After Miniseries Cliffhanger? 6 Questions That Need To Be Answered

"The X-Files" miniseries finale ended on a major cliffhanger leaving fans with many questions.

'X-Files' 2016 Spoilers: Is Mulder Going To Live Or Die? Top 11 Moments From The Miniseries Finale [RECAP]

"The X-Files" miniseries finale was filled with many jaw-dropping moments, which left fans hungry for more new episodes.

The background of Mulder and Scully will be explored in two new "The X-Files Origins" novels.

"Captain America: Civil War" co-director Joe Russo says there will be an "extreme shift" in the Marvel Cinematic Universe following the latest film.

Brian Fallon updates fans on what the current status of The Gaslight Anthem is.

Jim Gordon and the GCPD will have their hands full when villains Mr. Freeze and Hugo Strange make their debut on episode 12 of "Gotham" Season 2.

'X-Files' 2016 Spoilers: Joel McHale Says Finale Will Be 'The Greatest Of All Time'

Joel McHale promises that "all hell will break loose" in Monday's finale of "The X-Files" miniseries.

Why Was Kesha Denied Release From Dr. Luke Sony Contract?

If Fox goes forward with "The X-Files" in the future, will they make new episodes or the third movie?

'The Blacklist' Season 3 Spoilers: Episode 16 Synopsis Released; What Will Happen In 'The Caretaker'? [VIDEO]

Liz will learn a secret about Red's past as the two try to stop a criminal known as "The Caretaker" on episode 16 of "The Blacklist."

'The Blacklist' Season 3 Spoilers: What Happened In Episode 15? 'Drexel' Recap

While Red searches for a serial killer, Liz comes to final decision on what to do with her baby in episode 15 of "The Blacklist" Season 3.

Is Kanye West Teasing Drake's New Album 'Views From The 6'?

Kanye West revealed on Twitter that he has made new songs with Drake and Future.

Will Agents Miller and Einstein Be The New Mulder And Scully In Future 'The X-Files' Episodes? [POLL]

Show creator Chris Carter didn't deny the possibility of Miller and Einstein appearing in an "X-Files" spinoff in the future.

When And How To Watch Season 1 Of ‘Love' On Netflix

Jeremy Irons says "Batman v Superman: Dawn of Justice" will be a "treat" for fans, especially the portrayal of Batman by Ben Affleck.

"The X-Files" miniseries finale will show Scully looking to the past for answers to stop a disease from spreading.

Kanye West Goes On Twitter Rant About His Ego, Being Humble And Taking The Rap Throne

Kanye West put his own ego in check during his latest Twitter rant Wednesday.

The two Migos rappers allegedly got into a physical altercation moments before Quavo was supposed to take the stage to perform at the 2023 Grammys.

Madonna sparked confusion among her fans over her unrecognizable appearance at the 2023 Grammy Awards.