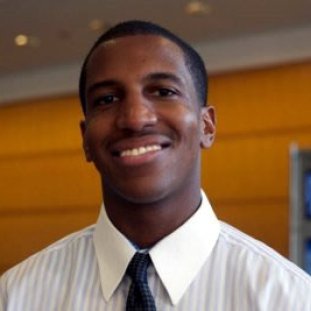 For Some Military Families, President Obama's Decision To Keep Troops In Afghanistan Is 'Another Knife' In The Heart

To parents of active-duty soldiers and veterans, U.S. President Barack Obama's decision to keep thousands of troops in Afghanistan was much more than politics.

Even with the announcement of meaningful greenhouse gas emissions reforms, China faces myriad problems in reducing its carbon footprint.

Nigeria's military says schools have been reopened and civilians have been rescued in the country's northeast, which had been controlled by the Islamist militants.

American and French ambassadors say they are safe after clashes disrupted a meeting centered on ending the military coup in Burkina Faso.

Trump On Obama Muslim Comment: 'Am I Morally Obligated To Defend The President Every Time Somebody Says Something Bad About Him?'

The Donald took to Twitter as only he can Saturday.

After being jailed on contempt of court charges, Kim Davis, the Rowan County clerk who refused to grant same-sex couple marriage licenses, was photographed by authorities.

"I saw at least 30 ambulances and three helicopters. The smoke was very heavy," says a witness close to the blaze at Saudi Aramco's apartment complex in the city of Khobar.

European investigators are opening a full inquiry into Ayoub el-Khazzani, who, armed with multiple weapons, was subdued aboard a Paris-bound train.

After clashes with police at a "You Stink" protest over the accumulation of trash on Beirut's streets, at least 15 people have been hospitalized.

An attack in a Somalian port city has left numerous troops dead at the hands of members of the Islamist militant group al-Shabab.

Kabul Blast Sounds Alarms At US Embassy In Afghanistan

The "loud explosion" in a diplomatic area had alarms ringing at the U.S. embassy in Afghanistan.

Protests around Brazil are calling for the ouster of recently re-elected President Dilma Rousseff.

US To Withdraw Patriot Missiles From Turkey, Joining Germany, Amid Escalating Conflict

The American announcement came after Germany said it would withdraw both missiles and troops currently stationed in the Middle Eastern country by early next year.

The Queen will lead the events, joined by the Duke of Edinburgh, Prime Minister David Cameron and former prisoners of war.

Records show Donald Trump's companies have applied for at least 1,100 temporary visas for foreign workers since 2000, according to a new report.

Voters in Iowa and New Hampshire have negative views overall of every Republican and Democrat now in the 2016 race for U.S. president, except one.

A proposal to decriminalize marijuana in Italy is gaining support, so the Mediterranean country could become the largest European nation to repeal cannabis prohibition.

"We're proposing a new rule that bans the sale of virtually all ivory across state lines," the U.S. president says in Kenya.

Surfer Mick Fanning was attacked by a shark during the broadcast but was rescued unscathed.

Donald Trump On John McCain: 'He's A War Hero Because He Got Captured. I Like People Who Weren't Captured'; GOP Candidates Respond

"He's a war hero because he was captured. I like people who weren’t captured," the U.S. presidential candidate says at the Family Leadership Summit in Iowa.

The governors of Louisiana and Oklahoma have authorized their states' National Guard units to arm themselves to protect military facilities in wake of the attack in Tennessee.

Finnish finance chief Alex Stubb said Greece has just 72 hours to agree to the demands of its creditors.

Rapper Chuck D took to Twitter to speak out about embattled comedian Bill Cosby and the rancor that has unfolded since testimony he gave in 2005 was unsealed.

Negotiators trying to reach a deal on Iran's nuclear program are working on a 100-page document, but President Hassan Rouhani says there are still obstacles.

A liberal activist best known for films such as "Bowling For Columbine" and "Sicko," the moviemaker offered to cover all her legal fees and asked friends to notify her about it.

The woman, who has not been identified by authorities, was praised on social media. Her actions inspired the hashtag #KeepItDown.

The measure, widely seen as essential to approval of the Trans-Pacific Partnership, now heads to the Senate.

Oil prices posted gains of more than 1% in Asian trade on Wednesday on falling U.S.

Fresh Clashes In South China As Authorities Warn Of 'Crackdown'

Fresh clashes in south China as authorities warn of 'crackdown'

The Oscar winner held one of her babies while the other looked on in the Instagram photo.

'Who's The Boss': Is A Reboot Happening? Alyssa Milano Gives An Update