Hospital In Russia Catches Fire Due To Equipment Short-Circuit Failure

Two men's final moments were recorded on Snapchat before a fatal car crash in Saudi Arabia.

Ramadan 2017 Celebrations From Around The World

People from various parts of the world celebrate the month of Ramadan, the holy Muslim month of fasting, in different ways.

A number of suspects believed to be behind attacks inspired by the Islamic State groups share photos and videos of themselves near the scene of their acts.

The explosion took place as several recruits were lining up at a military base in the southern city of Mukalla.

The blast at a popular tourist area in the city comes just days after a suicide attack killed 37 people in the capital of Ankara.

The trial is the first in recent memory for Saudis accused of spying and may stoke tensions between local Shiite and Sunni Muslims, and with Iran.

Mass shootings like the one that occurred Thursday are a rare occurrence in Saudi Arabia.

At Least 14 Injured In Dubai Fire

A New Year's Eve blaze ignited in the 63-story the Address Downtown Dubai hotel ahead of a fireworks event.

The municipal ballot will be the first since late King Abdullah bin Abdulaziz Al Saud's 2011 decree allowing women to vote and run.

The bodies of at least 100 people already have been recovered after a Russian airliner carrying 217 passengers and 7 crew members crashed in the Sinai region Saturday.

King Salman last month decreed that victims of the deadly crane collapse should each receive 1 million riyals, about $266,705.

Fake Qurans Found In Saudi Arabia Ahead Of Hajj

Saudi authorities discovered 70,000 forged Qurans on Monday in the latest event in a hajj season beset with misfortune. 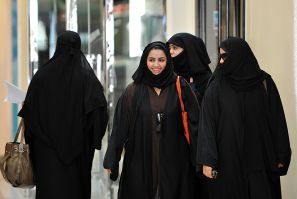 Policy changes also include a lowering of the minimum voting age from 21 to 18. 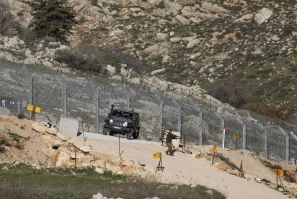 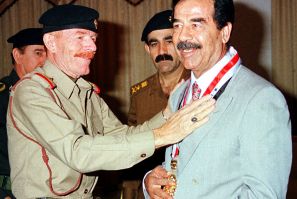 Aide To Saddam Hussein Said To Be Killed In Iraq

Izzat Ibrahim al Douri led an insurgent group that contributed to the rise of ISIS. 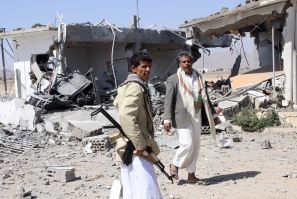 After pounding Houthi rebels in Yemen from the air, the Saudi Arabia-led coalition is expected to take the fight to the ground. 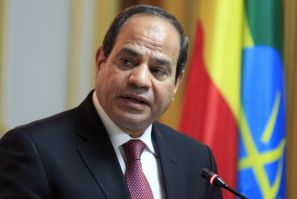 Abdel Fattah al-Sisi says it is crucial to tackle extremist ideologues across the region. 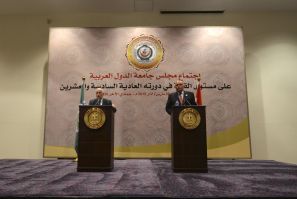 Egypt has announced that a ground invasion of Yemen is forthcoming, and over 150,000 Saudi troops have reportedly been mobilized. 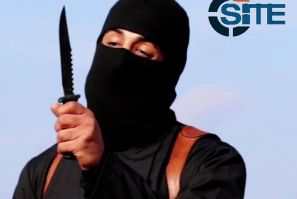 Where Was 'Jihadi John' From?

As a child, Mohammed Emwazi immigrated from Kuwait, where he and his family may not have had citizenship.
Latest news
21 Egyptian Copts Beheaded By ISIS
Kuwaiti Lawmaker In Hot Water Over Alcohol Legalization Proposal
ISIS Leader's Ex-Wife, Daughter Held By Military: Lebanon
At Least 15 Egyptian Soldiers Killed In Western Desert
Second Explosion In 2 Days Hits Beirut
EDITOR'S PICK