A wrongful death lawsuit linked to a defining moment of the Iraq war has ended with the company formerly known as Blackwater agreeing to settle with the families of four security contractors killed in a gruesome 2004 ambush.

Whistle-blowers earned more than $532 million in 2011 through lawsuits alleging fraud against the U.S. government, a record for such payouts, according to a law-firm study published on Friday.

Art Theft in the Lower East Side: Tracking Down the Criminal

The hunt is on for a malicious art thief who stole a painting on Tuesday from Woodward Gallery, located at 133 Eldridge St. in the Lower East Side.

Chad A. Verdi and Noah Kraft were planning to make a movie of Knox’s sensational sex-murder case if they could have agreed to a deal.

The FDA's highly praised announcement only applies to a drug that is barely used by the agricultural industry.

There are no heroes in stories like this. Everyone comes out looking bad.

Grooveshark has been sued by the large record company EMI Group Ltd, which accused the popular digital music service of paying no royalties since entering a licensing agreement to stream music nearly three years ago.

A video diary of Casey Anthony, the 25-year-old Florida mom who was cleared of killing her daughter Caylee, 2, surfaced online on Thursday. The video, which MSNBC, has confirmed is of Anthony, is her first public statement since she left prison last July.

The Washington Governor Chris Gregoire supports same-sex marriages and wants to legalize it. The 64-year-old democrat announced that she believes in equality and would introduce a bill to legalize same-sex marriages in Washington. It's time, it's the right thing to do, and I will introduce a bill to do it, Gregoire said in a statement posted on her Web site. I say that as a wife, a mother, a student of the law, and above all as a Washingtonian with a lifelong commitment to equa...

A German citizen was charged Wednesday with setting dozens of fires across Los Angeles over the New Year's weekend in a spree an arson investigator said was motivated by a rage against Americans.

Holiday moviegoers in Chicago got more than what they paid for when 34-year-old Edward L. Brown decided to strip down and show off for the crowd of families and children. He told police he was waiting for a woman to do heroin, cocaine, and have sex with in the front row.

Murder Probe After Body Is Found on Royal Estate

British police have launched a murder investigation after a woman's body was discovered on Queen Elizabeth's Sandringham country estate in eastern England.

Three men were arrested and a fourth is being sought by the FBI in what investigators said was a scheme to market stem cells as miracle cures to desperate people suffering from terminal diseases.

An arbitration panel has awarded U.S. oil giant Exxon Mobil Corp $908 million in compensation for Venezuela's 2007 nationalization of its assets, less than 10 percent of what the company sought in a long legal battle with the OPEC nation.

Celestica Inc was ordered by a U.S. appeals court to face a shareholder lawsuit accusing the Canadian electronics company of securities fraud for misleading investors about its financial health and restructuring costs.

The shocking murder-suicide rampage by a Santa-suited gunman, killing six of his relatives before shooting himself in Dallas, Texas, on Christmas morning has been alleged to be an Islamic honor killing.

As early as 2000, U.S. health authorities raised concerns about the French breast implant maker at the heart of a scandal affecting hundreds of thousands of women worldwide. That was almost ten years before the company came under scrutiny from European regulators.

A grand jury on Passaic County, N.J. on Tuesday, indicted Joe Guidice, a former developer, on charges that include wrongfully using identifying information of another and impersonation. The first charge reportedly carries as sentence of up to 10 years in prison while the second charge carries an 18-month prison term. 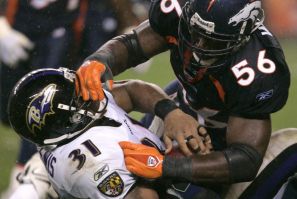 One of the alleged victims was Kelley Blanchet, one of Conlin's own nieces. 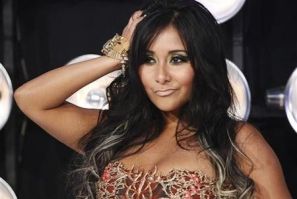 SRG Ventures has slapped Jersey Shore pint-sized star Nicole Snooki Polizzi a $7 million counterclaim, as the lawsuit between her and the licensing company heats up. 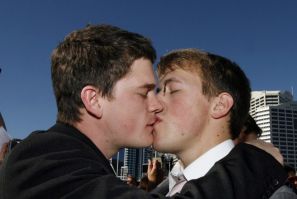 In an effort to continue busting myths that surround homosexual and bisexual lifestyles, researchers at Columbia University's Mailman School of Public Health suggesting that same-sex marriages could cut the number of mental and physical illnesses experienced by those in these relationships.

Malie Metalwala, the four-year-old sister of missing Texas toddler, Sky Metalwala, has been returned to the custody of their father, Solomon Metalwala, on Friday.