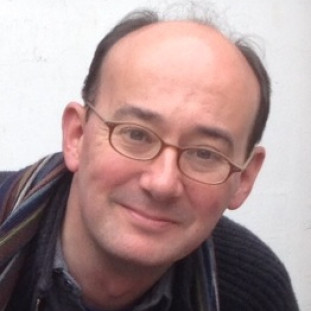 Duncan Hewitt is Shanghai correspondent for Newsweek/IBT Media. He was previously a BBC correspondent in Beijng and Shanghai, and also worked for the BBC World Service in London, focusing on East and Southeast Asia. He studied Chinese at Edinburgh University, and first lived in China in the late 1980s. His book ‘Getting Rich First – Life in a Changing China’ (Vintage UK, 2008) looks at the social changes unleashed by China’s economic reforms.

Analysts say the company is rethinking strategy in China amid cutthroat competition in the country’s e-commerce market and challenges for stores.

The Chinese government is worried that a Brexit would reduce the EU’s ability to act as a counterbalance to the U.S., and hurt China’s investments in the U.K., the country’s leading newspaper suggested.

Ahead of the opening of China’s controversial dog meat festival, shops and restaurants are concealing their trade in the face of growing public protests.

High ticket prices have not deterred Chinese families from visiting Disney’s newest resort, which many say has succeeded in bringing world-class entertainment to China.

From a Mandarin version of “The Lion King” to the use of Chinese choreography, Disney says its new Shanghai park respects Chinese culture.

Inside Shanghai Disneyland: How Walt Disney’s $5.5 Billion Theme Park Is Taking A Big Risk In China

Chinese leaders hailed the park as a symbol of China’s openness, but Obama said Beijing needed to become more attractive to investors.

CEO Bob Iger said Disney’s first park in mainland China will be “authentically Disney, distinctively Chinese” — and the company is already planning to expand it.

In Beijing Talks, US And China Pledge To Work Together To Solve Steel Glut, But Little Progress On South China Sea Dispute

At a bilateral dialogue in Beijing, U.S. Treasury Secretary Jacob Lew said progress had been made, but tensions remained over the South China Sea.

An EU survey found growing concerns about market access and internet control, as Chinese and U.S. negotiators struggled to reach their own bilateral investment treaty.

The annual U.S.-China Strategic and Economic Dialogue began in Beijing amid strain over trade and the South China Sea.

Mixed data from official and private surveys show demand remains weak, though experts say the government may be willing to see slower growth as it promotes structural reform.

The People’s Bank of China said reports it was rolling back on exchange rate reforms, or would ask the Fed for advance news of rate hikes, were irresponsible fabrications.

Police in China have detained 13 executives from a peer-to-peer lending platform and ordered the company to suspend operations, in the latest scandal to hit the sector.

Li Keqiang said the government should relax its information monopoly to boost the big data industry and cloud computing, but doubts remain, including about Li’s political future.

The farewell tour, including a landmark accord with Vietnam, is designed to boost Obama’s legacy in Asia — but tensions over China and trade remain.

The Global Times rejected President Barack Obama’s denial that the move was targeted at China and said Washington was applying double standards over human rights.

The Chinese government’s move is reportedly under discussion, but analysts say it is a sign of Beijing tightening control on the nation’s internet.

Authorities said they will also “crack down on cults” in the runup to the September meeting in the eastern city of Hangzhou.

Tsai Ing-wen said she wanted dialogue with China, but her refusal to accept Beijing’s “One China Policy” may lead to heightened tensions.

Beijing will introduce preferential policies on land use, approvals and financial support to stop manufacturers from quitting the country for cheaper parts of Asia.

A 6,000-strong police force was deployed to protect top legislator Zhang Dejiang amid tensions over Hong Kong’s calls for greater democracy from its Chinese rulers.

The 50th anniversary of the disastrous upheaval that took at least 1.5 million lives has been buried by state media, putting to one side parallels with the current leader's rule.

Inland Chinese cities where some residents had never watched movies are suddenly home to sprawling multiplexes.

President Xi Jinping said China needed structural change, and appeared to admit errors in handling the economy — though he said the country could not follow neo-liberal policies.

A source told the Communist Party newspaper People’s Daily that Beijing should rein in leverage and accept slower growth.