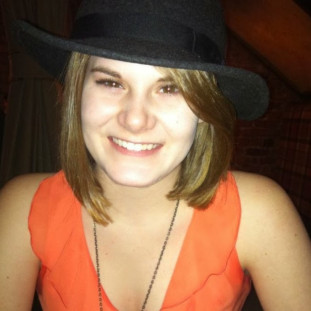 Despite a decline in drug use, the uptick in electronic cigarette consumption among youth worries doctors.

The service allows customers to wave their iPhone 6 or 6 Plus over a register for purchases.

The salvage grocery store model is both self-sustaining and charitable but overshadowed by food banks in the U.S.

Prepaid card use is shifting from the low-income underbanked to upper-income households shopping online.

Don't believe those reports of a lackluster Thanksgiving shopping season. Americans spent like it was 1997.

Burger King Could Dodge $1.2 Billion In US Taxes Through 2018 With Tim Horton's Merger: Americans For Tax Fairness

The company has maintained its planned merger with Tim Horton's, expected to close on Friday, is not aimed at saving on taxes.

McDonald's To Slim Down Menu In Attempt To Speed Service, Boost Sales

McDonald's will cut eight food products and reduce the number of "extra value" meals on its U.S. menus beginning in January.

The wholesale club warehouse is one of the largest fuel retailers, and excluding fuel, its sales rose by 7 percent.

The U.S. luxury sector is quietly booming as wealthy shoppers cash in on stock market highs.

The teen apparel retailer's shares rose in early trading following the announcement. Jeffries has been blamed for falling sales and profits.

McDonald's Sales Continued Falling In November In US And Asia

The fast-food chain has been losing customers to fast-casual restaurants such as Chipotle and battling an image as a low-quality meat seller.

Protests continued over the weekend after a jury's decision not to indict an NYC officer for the chokehold death of Eric Garner.

Thousands nationwide continued protesting this weekend against their perception of recent police use of excessive force.

The changes have been discussed for years but would come as thousands protest what they perceive as racial profiling and excessive use of force.

Dozens of lawsuits and class actions allege that the triggers have malfunctioned and caused several deaths.

The 12-year-old died Nov. 22 from fatal gunshot wounds when he was shot by a Cleveland cop after holding up a toy gun.

Protests continue after a grand jury's decision not to indict an NYC officer for the chokehold death of Eric Garner.

The gain is over the average 228,000 jobs added monthly since January, though the unemployment rate remained unchanged at 5.8 percent.

November's jobs data are expected to show continued hiring, but a slowdown that could raise wages is around the corner, economists say.

About 40,000 airport workers and thousands of fast-food employees plan a nationwide protest of low wages Thursday and Friday.

The teen retailer has struggled in recent years and plans to phase out its logo from its clothing to improve sales.

Black Friday Weekend Sales May Not Be So Bad After All

Online sellers such as Alibaba are threatening U.S. retailers by not having to collect state sales taxes on e-commerce.