Kalinda Carpenter, 33, was charged with abuse or neglect of a child, first-degree endangering the welfare of a child and first-degree domestic assault.

2 Firefighters Died On Duty Putting Out Hotspots In York City

The York firefighters were trying to put out hotspots on a burning building when a chunk of it collapsed and four men got trapped underneath the debris.

Missing 16-year-old Amy Yu was the subject of a Mexican Amber Alert.

A weatherman running for congress legally changed his name to Meteorologist.

Mother Of Missing Teenager Pleads For Her Daughter's Return

Pennsylvania Election: Rick Saccone Says He Will Not Concede

The seat was previously held by Rep. Tim Murphy since 2003. He was forced to resign in October, following allegations he pressured a woman, with whom he had an extramarital affair, to have an abortion.

Evelyn Circeo said the flight's crew wanted her to get off the plane as her 6-month-old baby was too sick to fly.

The man, believed to be intoxicated, was transferred to a hospital after jumping over a second-floor railing at Hartsfield-Jackson International Airport, following an argument with airport staff.

An elementary school in Pennsylvania canceled classes ahead of a nearby ceremony in which hundreds of AR-15 rifles will be blessed.

Someone hunting squirrels with an air rifle caused enough alarm to lock down an entire Pennsylvania elementary school.

Groundhog Day was initially celebrated with a hedgehog by the Germans. But when the Germans settled in Pennsylvania, the animal was changed to a groundhog because of a large population of groundhogs in the state.

Police have not made any arrest yet in a quadruple homicide in Pennsylvania.

Samuel Woodward, 20, was charged with felony murder in the killing of University of Pennsylvania student Blaze Bernstein.

A Pennsylvania teen who threatened a high school was found to be in possession of rifles, a shotgun, machetes and a crossbow.

Everything We Know About Blaze Bernstein's Murder

After the body of University of Pennsylvania student Blaze Bernstein was found earlier in January, much remains unknown about his alleged murder. 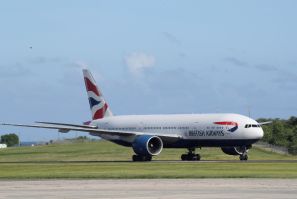 Marilyn Hartman, 66, faces a felony theft charge for traveling to United Kingdom via British Airways without a ticket and also for illegally entering the O'Hare International Airport in Chicago. 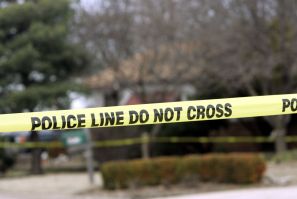 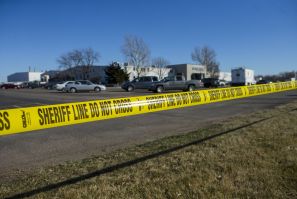 United States Marshal Christopher Hill was shot and killed while serving an arrest warrant in Pennsylvania.

Samuel Woodward was charged with felony murder in the killing of University of Pennsylvania student Blaze Bernstein. 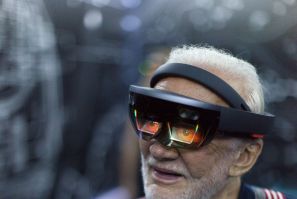 Buzz Aldrin, the second man on the moon, allegedly got into another fight. 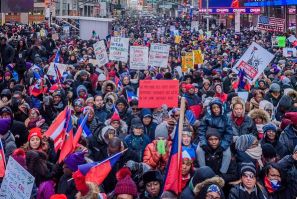 Immigrant Crackdown: Man Leaves Home After 30 Years In US

Jorge Garcia, 39, was deported to Mexico as part of President Donald Trump's crackdown on illegal immigration.

Arrest Made In Death Of College Student Blaze Bernstein