Man Freezes To Death In Bushes While Hiding From Police

A Pennsylvania man who ran a red light while on parole tried hiding from police after causing a 4-car crash -- but instead his frozen body was found in the bushes of a nearby home.

Eugene Wright was brought to a hospital and injected with drugs after being mistaken for another man with the same name.

Three teachers mistakenly left a voicemail mocking a student’s disability -- and forgetting to hang up the phone -- on the phone of the fifth grader’s mother, a lawsuit filed in Pennsylvania alleges.

Woman's Coworkers, Doctor, Took Naked Photos Of Her In Surgery

A Pennsylvania woman is suing her former employer and the hospital that performed her surgery for invasion of privacy after naked photos were taken of her.

A Pennsylvania woman was stunned when she received an electric bill for $284 billion dollars.

Thompson was also charged on account of endangering the welfare of children because when he fell from the ceiling, there were children nearby.

Brittany Robinson told investigators she was unaware that she was pregnant until after giving birth to the baby in the bathtub on Friday.

"We have kids that threaten teachers and threaten each other."

Lee Brooke had gone to get an elk he had shot a day earlier, but realized a bear had already begun feasting on it. When he turned to leave, the grizzly jumped on him.

The dog's owner, Betty Miller said she did not understand how the store allowed a pit bull to come near her dog, a bichon, and her dog was just “bait” for the other dog.

A new study has shown that climate change increases organic runoff into lakes which blocks disinfecting UV light. This is making lakes all across the globe a cesspool for pathogens.

Robert Sakosky can be seen in the surveillance footage tackling the suspect, John Ryall, to the floor and holding him in a headlock.

State Representative Threatens He Would Run Over Protesters

Pennsylvania lawmaker threatened protesters that get in front of his car.

The Pennsylvania man is charged with criminal homicide in the deaths of four young men.

Baby Elephant Dies At Zoo After Mother Rejects Her

She was born more than 50 pounds underweight.

The mother's two previous pregnancies were filled with complications. 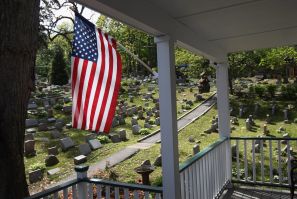 Jennifer Dailey is considering suing a funeral house after she discovered last week that the funeral house accidentally exchanged her baby's cremains with that of a pet dog.

Workers found the body near a highway in Pennsylvania earlier this week. 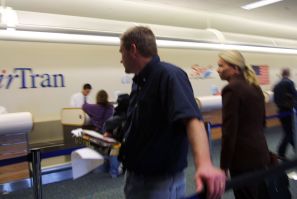 A toilet flush at Orlando International Airport in Florida over the weekend reportedly delayed thousands of travelers. 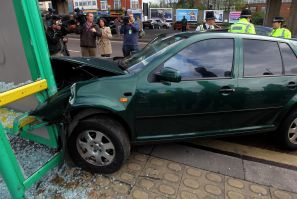 Having no designated driver or a paid transport, the three women got into the vehicle after consuming shots of alcohol at a bar.

What's Next For Cosmo DiNardo, Man Who Confessed To Pennsylvania Murders?

DiNardo and his cousin, Sean Kratz, were charged with criminal homicide in the deaths of four young men.

"The behavior was enough for us to be concerned."
Latest news
Woman Claims Boyfriend Asked Her To Kill Him Because Of Alien Doomsday Cult
Cosmo DiNardo Says He Killed Others Before Murdering Missing Pennsylvania Men
Everything We Know About Murders Of Four Missing Pennsylvania Men
Thomas Meo's Girlfriend Reacts To Pennsylvania Men's Killing
Al Pacino’s First Photo As Joe Paterno In Penn State Scandal Movie Released
EDITOR'S PICK