The Federal Bureau of Investigation (FBI) is an agency of the United States Department of Justice that serves as both a federal criminal investigative body and an internal intelligence agency. The FBI has investigative jurisdiction over violations of more than 200 categories of federal crime.

Former Donald Trump campaign foreign policy adviser George Papadopoulos has plead guilty to giving false statements to the FBI during its investigation into Russia interference in the 2016 election. Read the full text of his indictment here.

Amazon, Apple, Microsoft and Cisco filed an amicus brief to support Google after a judge ordered the company to comply with an FBI warrant and hand over customer emails stored in servers outside the United States.

The Geek Squad and the FBI were allegedly working far more closely than was originally thought.

Cellebrite, an Israel-based cybersecurity firm, announced on Thursday it has added the capability to crack a number of locked Apple devices running iOS, including the iPhone 6 and iPhone 6 Plus.

Multiple news outlets are reporting that authorities have captured a suspect dubbed the "Bucket List Bandit." The bandit is believed to be responsible for bank robberies in nine states and has been arrested in Oklahoma City.

A hacker that claimed to be a part of the group Anonymous published a text file on the Internet Thursday in an apparent retaliation for the arrest of ex-Anonymous spokesman Barrett Brown. Talking Points Memo reports that the document (which you can find here) contains the authentic names, credit card data and other information about a random series of 13 government employees.

The FBI's Next Generation Identification would use photographs and biometric data to help law enforcement entities nationwide identify "persons of interest." If NGI's early stages are any indication of where it's heading, privacy advocates and ordinary citizens are right to fear it.

Even as FBI denied Antisec Hacker group's claim that it stole personal identification data from millions of Apple device owners, news of Obama's iPad being compromised is making rounds in technology circuits.

The FBI has released a statement saying that there is "no evidence" to support recent claims by a hackers group that they gained access to a bureau computer containing information on millions of Apple users.

San Antonio Mayor Julian Castro presented a fresh, youthful, smiling face for Democrats at the opening night of their convention Tuesday -- while hurling stinging attacks on the Republicans and their nominee.

Was Your Apple ID Was Compromised By AntiSec Leak? FBI Denies Being Source

After a million Apple IDs were reportedly hacked, the claimed perpetrators "thanked" the FBI, but the bureau said late Tuesday that it was impossible that the IDs could have been hacked from one of their laptops because they never possessed the identifications in the first place.

AntiSec, a hacker group which claims to be an offshoot of the notorious Lulzsec and Anonymous groups, published a database of a million devices identifiers from Apple (Nasdaq: AAPL), the world's most valuable company.

Hacker group AntiSec released a set of over 1 million Apple Unique Device Identifiers (UDIDs), which the group claimed to have obtained from a file found on an FBI laptop it allegedly breached in March.

Federal prosecutors have closed a probe into America's self-proclaimed toughest sheriff -- Joe Arpaio of Maricopa County, Ariz. -- on abuse of power with no charges filed.

It's been 2,000 days since former FBI agent Robert Levinson went missing, and the U.S. government is no closer to finding the private investigator who disappeared in Iran in 2007.

A second hacker wanted in connection to LulzSec’s attack on Sony Pictures has been arrested by the FBI according to VentureBeat.

A struggling actor accused of hatching an extortion plot targeting film mogul Harvey Weinstein and other tycoons of industry across the country was arrested by federal agents. 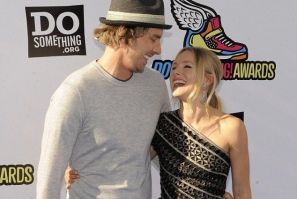 Fresh off the debut of her new movie "Hit and Run," filmed with her fiancé Dax Shepard, Kristen Bell already has another project in mind - a reunion of her cult classic TV series "Veronica Mars." 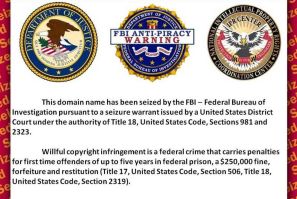 Three websites accused of copyright infringement for allowing the illegal download of Android apps have been taken down. Applanet.net, Appbucket.net and Snappzmarket.com have all been seized by the FBI. 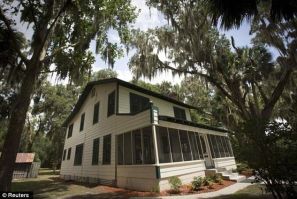 The Florida home of Kate "Ma" Barker, matriarch of the infamous Barker gang from the "public enemy era," is currently up for sale. Check out photos of the 2,016 square foot estate 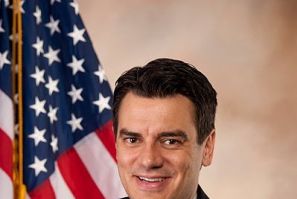 Kansas Republican Kevin Yoder has apologized for swimming nude in the Sea of Galilee last August while on a trip paid for by the American Israel Educational Foundation -- an organization sponsoring these trips to "help educate political leaders". 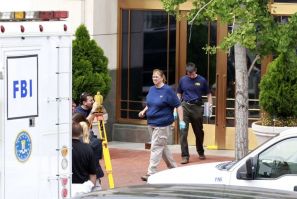 While details have emerged about Floyd Lee Corkins, the man who opened fire on a security guard Wednesday at the Family Research Council headquarters, officials are debating on who the finger of blame should point to. 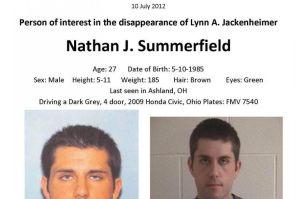