Nancy Patricia D'Alesandro Pelosi (born March 26, 1940) is the Speaker of the United States House of Representatives. She is a member of the Democratic Party. Before being elected Speaker in the 110th Congress, she was the House Minority Leader from 2003 to 2007, holding the post during the 108th and 109th Congresses.

Since 1987, she has represented the 8th Congressional District of California, which consists of four-fifths of the City and County of San Francisco. The district was numbered as the 5th during Pelosi's first three terms in the House.

Nancy Pelosi is the first female Speaker of the United States House of Representatives. She is also the first Italian-American and first Californian to serve as Speaker. She is the second Speaker from a state west of the Rocky Mountains, with the first being Washington's Tom Foley, who was the last Democrat to hold the post before Pelosi. As Speaker of the House, Pelosi is second in the line of presidential succession, following Vice President Joe Biden, which makes her the highest-ranking female politician in American history.

A San Fransisco judge ordered the release of footage from the October attack on Paul Pelosi, the husband of Rep. Nancy Pelosi.

Could Marjorie Taylor Greene Really Be Donald Trump's Next VP?

The Jan. 6 rioter photographed with his feet perched on Nancy Pelosi's desk was found guilty on all charges Monday.

The man accused of attacking U.S. House Speaker Nancy Pelosi's husband Paul has pled not guilty to a litany of state criminal charges.

China's Military Threats Against Taiwan 'Getting More Serious Than Ever'

The Taiwanese foreign minister has expressed concerns that the growing Chinese incursions in Taiwan's territory would lead to accidents.

Who Will Replace Nancy Pelosi As House Democratic Leader?

House Speaker Nancy Pelosi announced that she is stepping down from leadership after holding the role for 20 years.

House Speaker Nancy Pelosi announced her decision to step away from House leadership Thursday, leaving a void atop Democratic leadership.

House Speaker Nancy Pelosi accused Republicans of calling the climate crisis "a hoax" and undermining efforts to pass legislation to curb its effects.

Pelosi Attacker Was In US Illegally; Authorities Seeking Deportation

The man accused of violently attacking House Speaker Nancy Pelosi's husband is a Canadian citizen who is now facing deportation.

The alleged attacker faces up to 50 years in prison for the attack and attempted kidnapping.

Attacker Attempted To Tie-Up Paul Pelosi According To Reports

New updates have been unveiled in the intrusion and attack of the Pelosi household in which an intruder attacked the U.S. House Speaker's husband with a hammer. 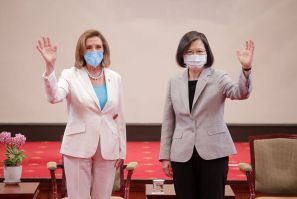 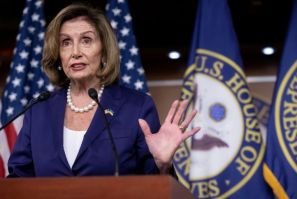 Pelosi Pushes Through With Taiwan Visit On Tuesday: Reports

Nancy Pelosi will visit Taiwan as part of her tour of Asia, which would include trips to Singapore, Malaysia, South Korea and Japan. 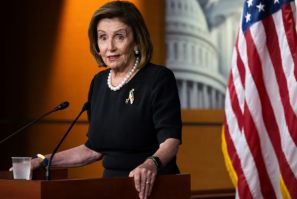 It remains unclear whether House Speaker Nancy Pelosi’s trip to Asia will include a visit to Taiwan after a warning from Beijing. 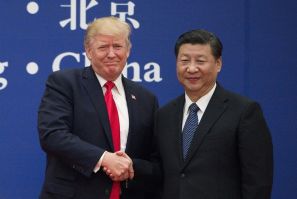 Former President Donald Trump unleashed a broadside against Speaker of the House Nancy Pelosi, D-Calif., ahead of her potential trip to Taiwan. Amid heightened tensions with China, Trump said her visit would only make matters worse. 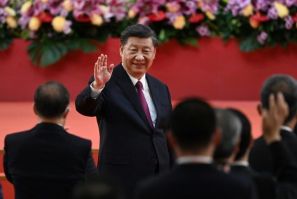 China, US Relations Strained By Possible Pelosi Visit To Taiwan

China’s President Xi Jinping warned President Joe Biden not to "play with fire" ahead of a possible visit to Taiwan by Speaker of the House Nancy Pelosi. 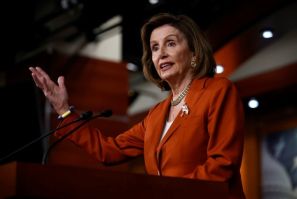 China May Declare No Fly-Zone Over Taiwan If Pelosi Goes Ahead With Island Visit: Report

The PLA may also send fighter jets to accompany Pelosi's flight, which can raise tensions. 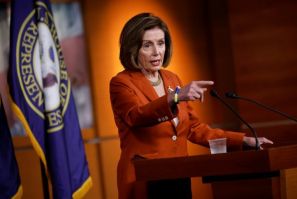 Speaker of the House Nancy Pelosi has called on the Biden administration to label Russia a state sponsor of terrorism or Congress will act on its own to do so.
Latest news
Biden Faces Resistance From Democrats Over Gas Tax Holiday Proposal
US Congress Salaries 2022: How Much Does Nancy Pelosi, Other Reps. Earn?
How Rich Is House Speaker Nancy Pelosi?
Here's How Rich Nancy Pelosi's Husband Paul Is
Who Is Paul Pelosi? House Speaker Nancy's Husband Arrested For DUI
EDITOR'S PICK